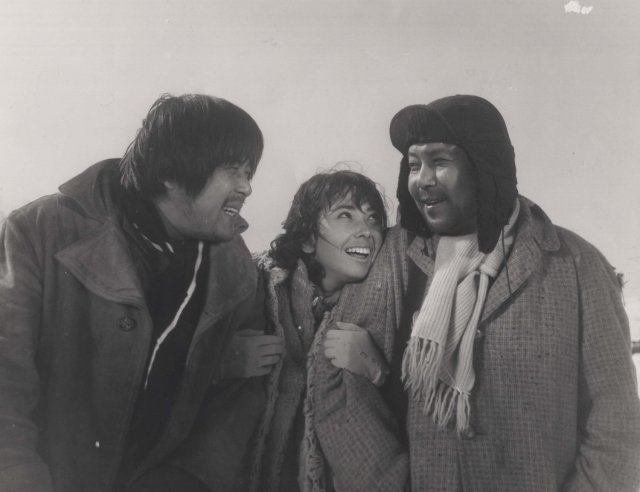 "The Road to Sampo" is the final film of Lee Man-hee-I, who collapsed during the editing process and died soon after, with the film releasing in cinemas posthumously.

The script is based on the homonymous story by Hwang Seok-young and revolves around three misfits who end up travelling together. No Yeong-dal is a young construction worker who finds himself with no work and no place to live during the hard winter. As the film begins, he meets Mr Jeong, a middle-aged man, who makes a living doing odd jobs with the skills he acquired during his time in prison, and is on his way to his hometown, Sampo. The two of them roam in the nearby town, where a restaurant owner promises to pay them a large sum for bringing back Baek-hwa, a "hostess" who ran away with her purse. Jeong and Yeong-dal eventually find the girl, but instead of turning her in, she manages to persuade them to travel together. As they visit various places and experience both happy moments and hardships, the initial constant arguing between Yeong-dal and Baek-hwa becomes something else. Lastly, through various flashbacks, we learn the life story of all three characters.

Bae Chang-ho has credited the film as one of his favorites, and it is quite easy to see the similarities with his own road movies, like "Whale Hunting". However, "The Road to Sampo" unfolds quite differently, since the narrative is quite thin, to the point that one could say that the movie is more a collage of episodes glued together through a thin back-story, than a compact one. In that fashion, the focus remains on the episodes, with the ones where the three friends crash a wake in order to get something to eat and the one where Baek-hwa tries to flirt with a rich man in a bar only to end up in a huge brawl, being the most memorable. 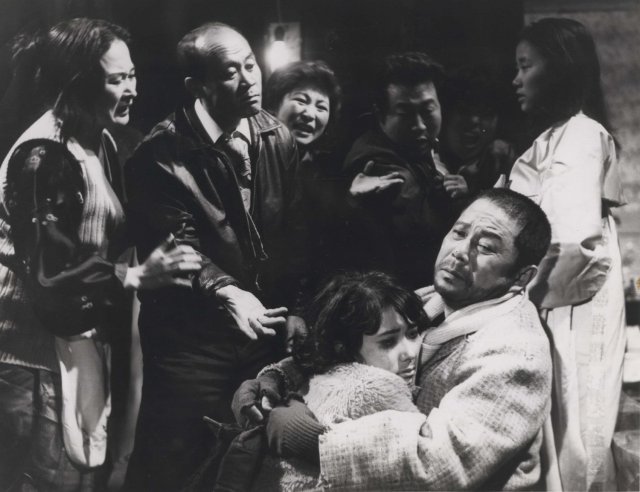 Apart from this element though, Lee Man-hee-I highlights the fact that he feels affection for his characters, since despite the fact that they are all "losers", he takes care of showing that powers beyond them have left them in the circumstances they are now. Through this concept, the film is permeated by a rather eloquent melodramatic tone that functions as a comment about the consequences of modernization, particularly on those who did not "catch the train" of progress. This aspect is highlighted in the film's finale, while the fate of Baek-hwa and Yeong-dal's relationship also moves towards this direction.

Moon Sook as Baek-hwa is the definite protagonist of the film, with Lee Man-hee-I having her uttering the most lines (occasionally in quite annoying, hysteric, whining fashion) and Kim Deok-jin's cinematography making her stand out, particularly through her reddish clothes in the mostly snowy settings. Furthermore, Moon Sook is the main source of cheerfulness in the film, with both Kim Jin-kyu as Mr Jeong and Baek Il-sub as Yeong-dal being particularly gloomy. Through this tactic, Baek-hwa also stands out in narrative terms, although the chemistry of the three is one of the film's best assets. 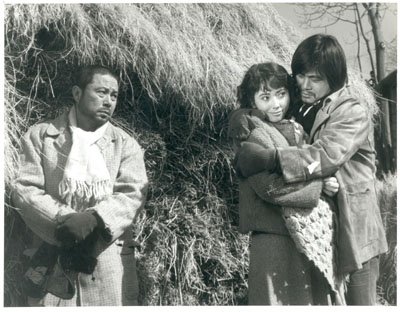 Jang Hyeon-su editing implements the episodic nature of the film nicely, through a relatively slow pace that occasionally borders on the art-house.

"The Road to Sampo" is a very interesting and entertaining film, which also functions as a great introduction to the many road movies that followed, in the next decades of Korean cinema.

"The Road to Sampo" is directed by Lee Man-hee-I-I, and features Kim Jin-kyu, Baek Il-sub, Moon Sook and Kim Ki-bum-II.