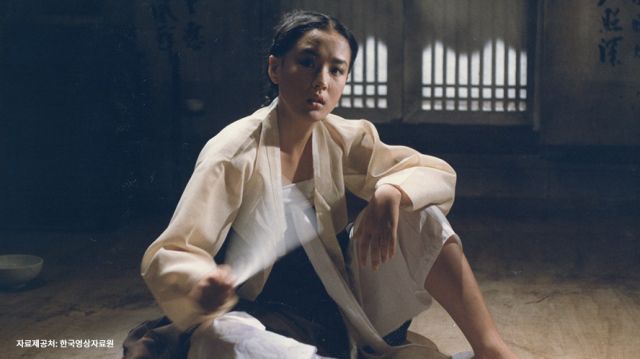 Winner of Best Film, Best Director and Best Supporting Actress at the 1987 Asia-Pacific Film Festival and for Best Actress (Kang Soo-yeon) at Venice, "The Surrogate Woman" is one of the most internationally acclaimed films of Im Kwon-taek and, in essence, one of his best.

Shin is the young heir of a noble family, who has been trying, and failing, to conceive a male heir to continue his family name. Under pressure from the elders, his wife eventually gives him permission to search for a surrogate woman. Shin, along with his "advisors" ends up in a village where a number of women function as surrogate mothers for money, and picks Ok-nyeo, a 17-year old, tomboyish girl, who is soon transferred to his household. Ok-nyeo, who is a virgin, soon realizes that she has to be bound by a number of laws that essentially deem her a servant, for example not being able to leave the house or having Shin's wife pick the time she consummates with her husband. Furthermore, she has to endure a number of rituals, like having a tattoo on her that states her surrogacy. In this harsh setting for her, however, love manages to blossom between her and Shin, with the two eventually breaking every rule regarding the custom. Ok-nyeo starts hoping for a better fate, but as soon as she bares a child, reality hits both her and Shin (and her mother) quite hard. 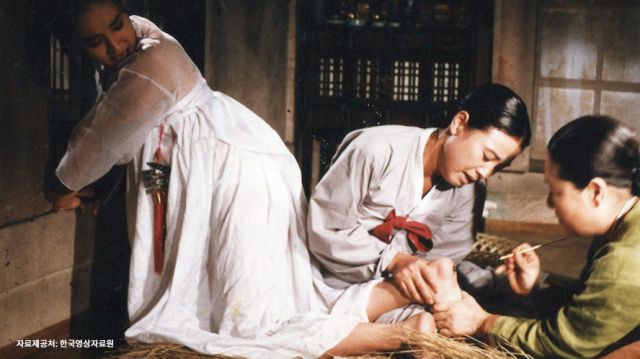 Im Kwon-taek directs a harsh Joseon (melo)drama that has the distinct purpose of criticizing the concept of surrogacy, which is still at large in S. Korea, although highly unregulated (it is only illegal when financial exchange is involved). The purpose and the central meaning of the film can be synopsized in the words of Ok-nyeo's mother, who, at one point, states, "We're not human. You're not a human just because you look like one. You're only human when you're treated like one". This phrase embodies the way surrogate women were perceived at the time, in essence as birth machines, with the way they were picked and "trained" to conceive boys not having much difference than the way cattle are treated.

At the same time, Im criticizes the patriarchy and the superstition that ruled people's lives at the time, and still do to a point, highlighting the fact that all protagonists are actually victims to the rules. Through both aforementioned comments, and on a broader level, the film also presents the hardships and pain women had to endure, in a life that gave them very little free will.

The film initially unfolds as a romance, a forbidden love story, with much sensualism and even humor, but eventually turns into a rather harsh melodrama, with violence and torture (both physical and psychological) taking over, with the finale providing the apogee of this aspect.

Im Kwon-taek's visual approach to the narrative is quite ritualistic for the most part of the film, with the combination of Ku Jung-mo's framing and Shin Pyong-ha's music implementing this tactic in elaborate fashion, through a number of long shots during the "lawful" moments and a number of close ups during the forbidden. Park Sun-duk's editing gives a mid-level pace to the film that suits its aesthetics quite well, while the flashbacks are well-placed and presented. 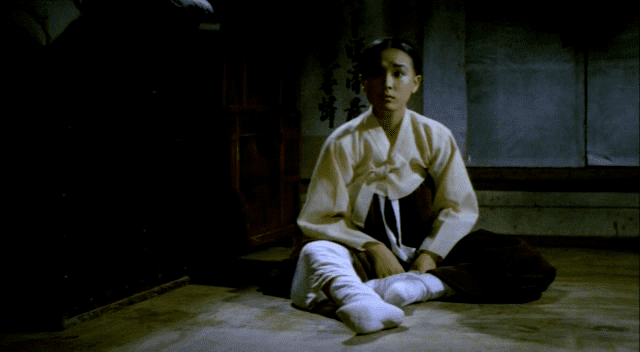 Kang Soo-yeon gives a great performance as Ok-nyeo, with her three transformations, from a tomboy to a woman in love to a shuttered mother being exceptionally presented, in a part that anchors the film.

"The Surrogate Woman" is as meaningful as it is entertaining, and a great sample of the realistic Joseon drama, filled with social commentary.