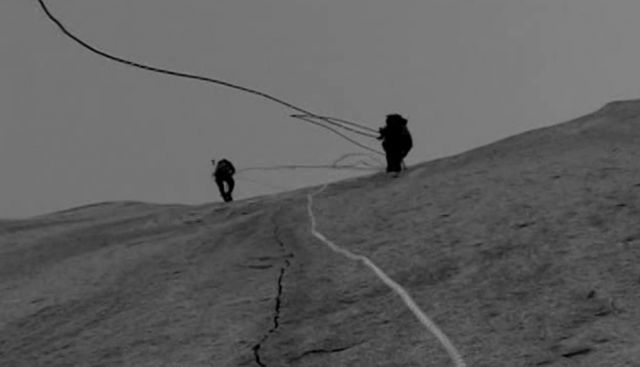 This film was a strange watch for me, since a few days before I had watched "Alpinist: Confession of a Cameraman", Lim Il-jin's last film, that recorded, among others, the expedition that ended with the death of the director in 2018. Thus, watching a man I knew was dead, recording the climbing of the rugged Canadian bigwall, 'Bugaboo', became part of the review, making me feel a ritualistic sentiment, as I was writing this text. Let us see what "The Wall" is about, though.

Somewhere between the documentary and the music video, the video presents a rather detailed record of Jeon Yan-joon, Cho Hyung-cook and Park Hee-yong climbing a mountain that seems almost impossible to climb. The focus is on Jeon, who has to pave the way for the two other members of his crew, who follow close behind him. This aspect highlights the concept of the leader in such expeditions, stressing how important his role is, particularly in practical terms. 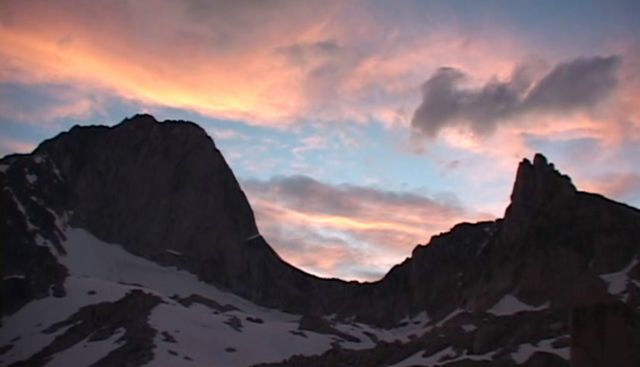 The recording leaves no details out, from the way Lim operates the ropes and the links, to the type of food they have to carry with them during their expeditions. These aspects are revealed through rather lengthy shots, which could otherwise seem tedious. However, this is not the case here, since Jeon's struggle, particularly on the occasions he does not seem to find footing on the almost completely vertical or the ones he is just swinging on the air, induce the film with a sense of agony that almost borders on the thriller.

The even more impressive aspect of the documentary however, is the combination of images of extreme beauty and quite fitting music, which allow the movie to function as a majestic music video on a number of occasions. In that fashion, the combination of Lim Il-jin's cinematography, his own, Park  Joon-woo and Lee  Tae-heon's editing, and Baekja's music works wonders for the film, resulting in a number of truly memorable sequences. This constant succession of climbing footage and image-and-sound sequences kind of reminded me of Michael Winterbottom's "9 Songs" in terms of structure, and in general, adds much to the entertainment the documentary offers. The only negative I found is that sometimes, these scenes seem to linger towards the melodramatic, although this aspect is barely noticeable. 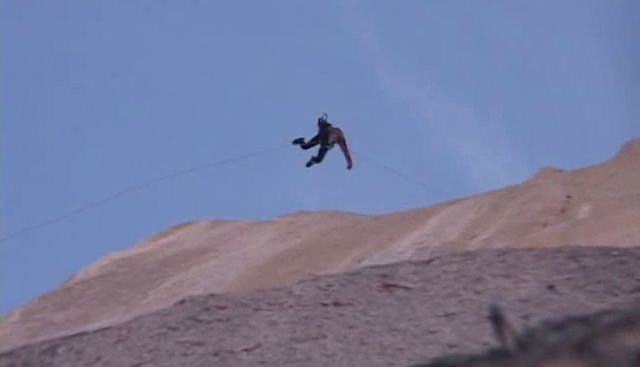 Not much more to say, "The Wall" is a film that seems directed only to climbers, but the artistry emitted from all aspects of its production deem it an impressive spectacle that can be enjoyed by everyone.