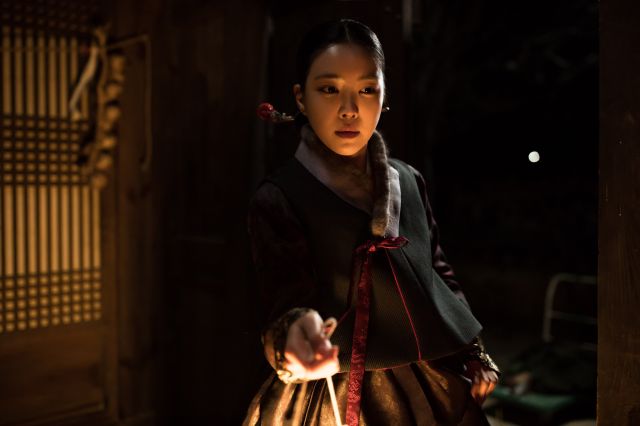 Remake of the 1986 horror film "Cry of a Woman", "The Wrath" places its story in the newly found favorite setting of Korean horror, the Joseon era, and attempts to include as many themes of the genre possible. Let us see how it fares.

The lineage of an aristocratic family is being threatened continuously by an evil spirit, who attacks and kills the male heirs on their wedding night. Lady Shin, the ruler of the house since the disappearance of her husband, eventually decides to take in a young beggar, Ok-boon, and marry her to the youngest son, despite the protests of the rest of the women in the household, who have no love lost for the newcomer, in an effort to "Trick" the spirit. Despite Lady Shin's efforts though, which include the harsh teaching of manners to the newcomer, the young man suffers a horrible death, although not before he manages to impregnate Ok-boon. A desperate Lady Shin kicks out the priest who was supposed to provide protection, and places her hopes on an exorcist, Hae Cheon-bi. Soon, however, the man proves to be something completely different, with the same applying to Ok-boon. As the past and many secrets come to the fore, the woman who has been haunting the house intensifies her attacks. 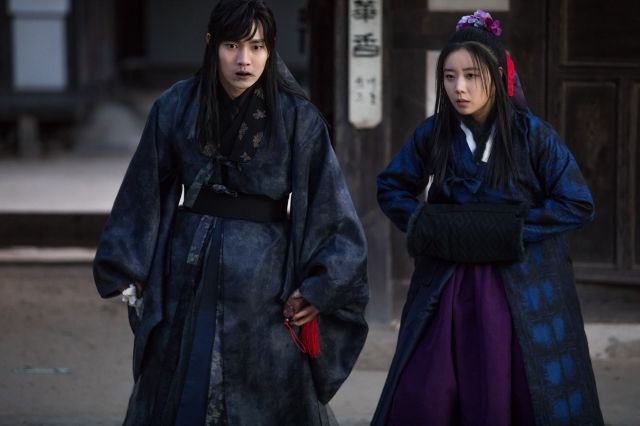 Evidently, the script is filled with clichés of the genre, regarding the various episodes we watch unfolding, including shamanic rituals ("The Wailing" made those scenes a must), demonic possessions, vengeful spirits that haunt the living, curses and many other elements we have seen countless times before. However, Yoo Young-sun has managed to include a number of quite interesting axes, with the power play among the three women (where the upper hand changes owner a number of times), the role of religion, particularly regarding the way that people who are failed by it turn to magic, and the place of women in the Joseon society, in direct connection with sex. These themes allow the movie to go beyond the standard level of quality of the category, although a bit of better acting, particularly from Son Na-eun as Ok-boon, would have benefitted this aspect also, since Seo Young-hee does a great job presenting the many character changed of Lady Shin. Furthermore, a number of plot holes during the effort to include all these themes do emerge, particularly regarding the presence of the exorcist, although not to a point to ruin the film.

The production values on the other hand, are top notch and highlight the big budget of the production. The sound, particularly in the (not so many) jump scares is great and the same applies to the set design and the costumes, that manage to communicate the gothic/medieval setting in the best way. Kwak Sang-hoon's cinematography manages to portray both the gore and violence, and the beauty of the various settings with equal artistry, while the editing implements an ever-changing pace to the movie that suits each scene to perfection. 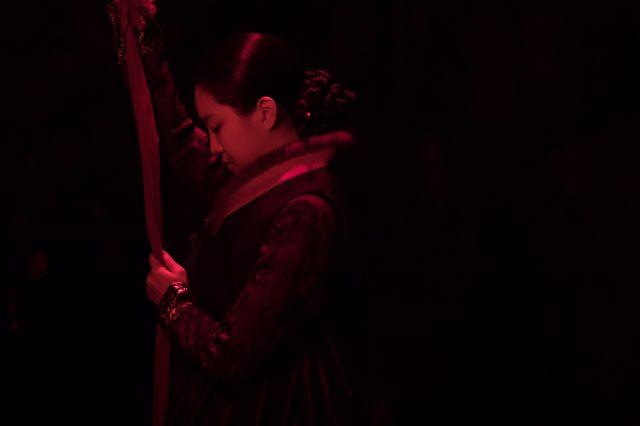 "The Wrath" seems to include all the clichés and the faults of the category, but through its production values and the overall atmosphere, emerges as a true crowd-pleaser, a film that will satisfy all fans of horror movies.

"[Hancinema Film Review] "The Wrath" Screening in Fantasia 2019"
by HanCinema is licensed under a Creative Commons Attribution-Share Alike 3.0 Unported License.