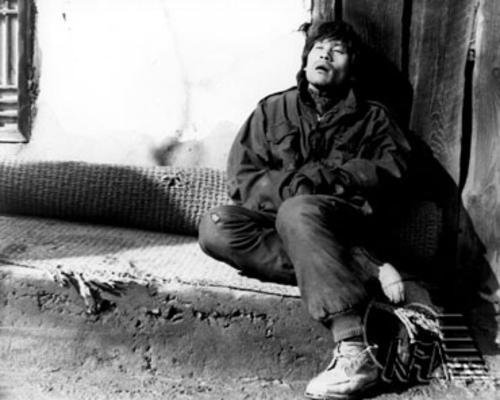 Winner of the Baeksang award for Best Film and by the Korean Association of Film Critics for Best Actor, "Village of Haze" (aka "Village in the Mist") is a great sample of the legendary Im Kwon-taek's contemporary filmography.

Betrothed Soo-ok leaves Seoul to teach at a remote village elementary school in the mountains. The village seems to be scarcely populated and the first person she meets is a rather unusual, ragtag man, who glances straight in her eyes with an audacity that makes her shiver. Soon she learns that his name is Kkae-cheol-i and that he is the only stranger in a clan village where everyone is related, and carry the same surname from their mother's side. Furthermore, they consider him a cripple, lunatic and impotent, although Soo-ok soon begins having doubts about all three of his "capacities". Her doubts take a much more solid shape when a man of the village beats Kkae-cheol-i because he had sex with his wife. Soon enough, a number of secrets, mostly of sexual nature, are revealed, and even Soo-ok, after her fiancée fails to show up in the village as promised, does not succeed in staying out.

Im Kwon-taek does a splendid job of commenting on human nature, and particularly the roads it is led in extreme environments, as the secluded village in the story. His most obvious comment can be summarized by the phrase "extreme conditions demand extreme measures" but this is just the tip of the iceberg, as the comments extend to much more than that. The need for sexual comfort and the non-monogamous nature of people is another central one, with Im though, not failing to show the consequences, through a number of rather violent scenes in the film.

The fact that people can get used to any kind of life is another one, with the villagers and their "arrangements" being the first example and Kkae-cheol-i the most significant. In that aspect, Kkae is treated in essence as a pet (a dog if you prefer): they allow him to roam around; they feed and let him sleep in their houses when he has no place to and they beat him when does something wrong, and he actually is used to this situation, finding no reason to leave the village. Ahn Sung-ki is great in the part, communicating the aforementioned elements with very few words, but quite eloquently, particularly through his look. 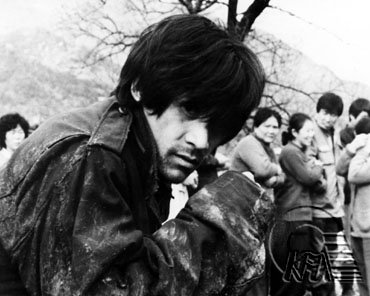 A minor one also concerns the differences of the village and the city people, with Soo-ok's clothes, make-up and music being the mediums of this aspect. Eventually, Im shatters this image of difference, through the implementation of the aforementioned comments about human nature.

Im Kwon-taek retains a sense of disorientation and uncertainty about what is actually going on in the village, by focusing on Soo-ok, whose thoughts are presented through narration. Jeong Yun-hui presents this aspect quite convincingly, with her own narration adding much to an also mostly laconic part. 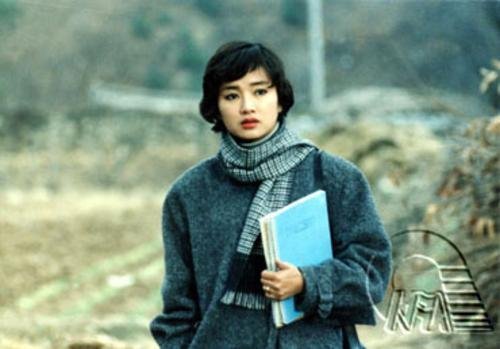 This sense though is completely shattered near the end, as Im felt the need to explain everything that isactually happening in a dialogue between the woman and a colleague, which I found an element that faults the overall sense of the film, by "feeding" the answers to the viewer instead of allowing him to think for himself. This, however, does not ruin the overall sense of the film completely, as its aesthetics and impact remain at large, particularly due to the ouroboric ending.

Jung Il-sung's cinematography is excellent, with his portrayal of the misty village being accurate and artful. Kim Chang-sun's editing implements a pace that fits the story to perfection, much faster than one would expect in such a film. The production values of the film find their apogee in the sex scene in the water mill, which actually synopsizes the aesthetics of the movie, as it works on a visual, contextual and metaphoric level.

"Village of Haze" is definitely a film worth watching for its comments, direction and acting, which could have been on a much higher level, though, if not for the "spoon-feeding" scene.

"Village of Haze" is directed by Im Kwon-taek, and features Jeong Yun-hui and Ahn Sung-ki.