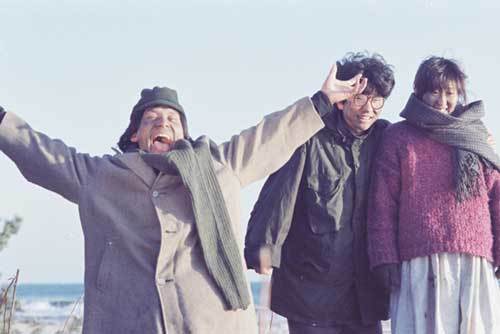 Based once more on a story by Choe In-ho, Bae Chang-ho's "Whale Hunting" cemented his position as one of the most commercially successful Korean directors of the 80's, topping the box office in 1984. The titular phrase, during the years of dictatorship, meant yearning for something more than the financial progress that was the government's main goal, and in essence represented dissatisfaction with the then (everyday) life.

Shy and introvert Byeong-tae has a crash on a fellow college student, Mi-ran. However, being unsuccessful academically, looking like a bookworm and not having any kind of confidence, his chances are, obviously, rather slim. Fed up with his whole situation, Byeong-tae runs away and starts roaming the roads aimlessly, until a series of unfortunate events bring him in the company of Min-woo, a rather cheerful beggar, who seems to know every trick in the book of street smarts. Eventually, he also meets Choon-ja, a mute prostitute in the red-light district, and after losing his virginity from her, he decides to "steal" her from the pimp that bought her, and bring her back to her mother, in the faraway island of Udo. Min-woo decides to help him but the trio has to face the pimp and his goons, and a rather intense lack of funds. 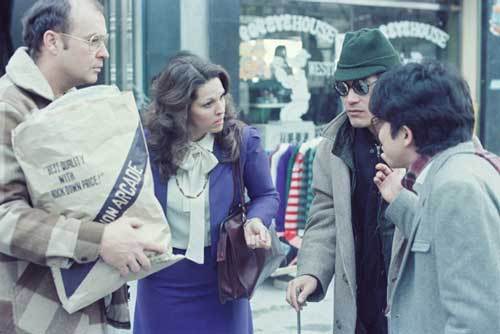 Bae Chang-ho directs an archetypical mainstream movie, which ticks almost every box that makes a movie commercially successful. In that fashion, we have three different, but equally loveable characters, much comedy of episodic nature, a number of (melo)dramatic moments, romance, road-movie elements, much (car) chasing, very fitting music that occasionally allows the film to function as a music video, and a satisfying ending, that also leaves room for a sequel (which came along a year later actually). This tactic extends to the cast, which features the rather popular at the time (still, actually) Ahn Sung-ki, rock musician Kim Soo-chul, and gorgeous and quite popular Lee Mi-sook.

At the same time, Bae manages to present some social commentary about the situation in Korea at the time, mostly deriving from the interactions the protagonists have with the police and the repeated depiction of the role money played in a highly materialistic society. The fact that their destination, the island Udo seems a place untouched but the blights of the era, also adds to this aspect.

Probably the greatest asset of the direction is that Bae Chang-ho managed to combine all the aforementioned elements together in harmony, and in the process to present a very entertaining spectacle, that retains the balance among all of its elements, at all times. 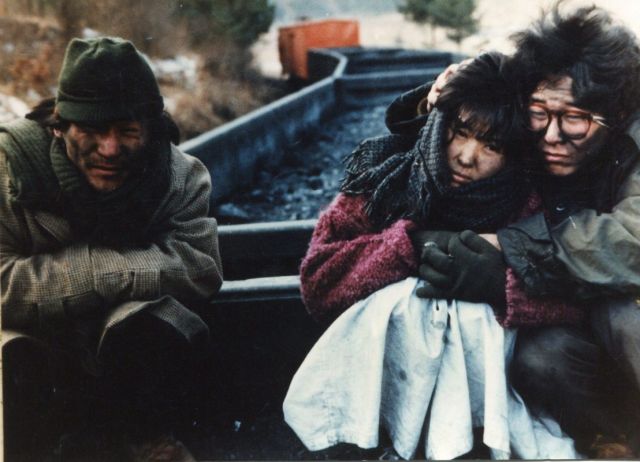 In his effort, he is benefitted the most by his actors. Ahn Sung-ki gives a sublime performance as poor devil Min-woo, playing the caricature in the most delightful way, either as he pretends to be a blind man or dancing and singing or acting in the most pretentious, but also quite brave fashion. Kim Soo-chul (who also wrote the music for the film) is also quite likeable as a man who looks like a puppy but frequently transforms into a lion, in a metamorphosis that functions in both comedic and dramatic levels, according to the situation. Lee Mi-sook has the archetypical role of the "damsel-in-distress", with her muteness intensifying the concept to a point that could be considered ironic, but is also quite functional in the narrative, while her overall appearance is always a pleasure to look at. 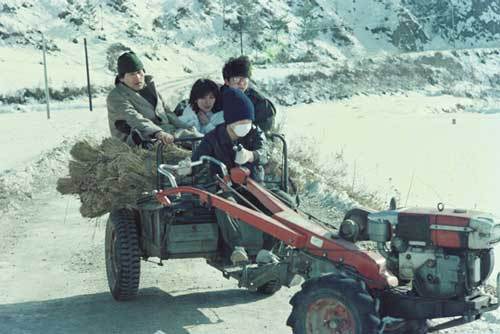 Jeong Kwang-seok's cinematography is another of the movie's greatest assets, with him portraying both the urban setting of Seoul and the rural, snowy one of the Korean country with accuracy and artistry, while the scenes in the beach, and particularly the long shots, are quite memorable.

While "Whale Hunting" may lack the depth of a number of other films by Bae Chang-ho, it is easy-going, funny, a pleasure to look at, and in general, quite entertaining, and that is where its true value lies.