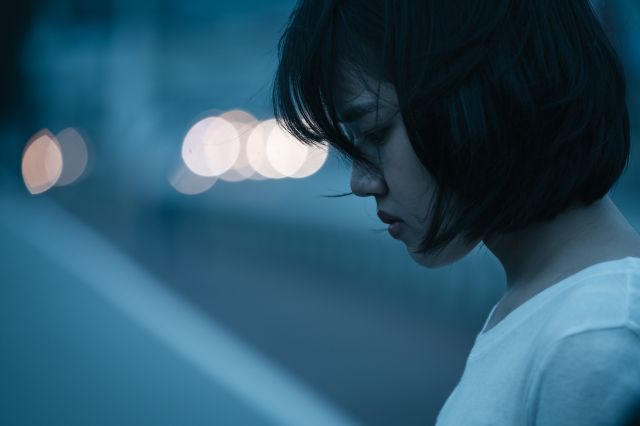 Extreme melodrama, which occasionally cared very little for realism, has been one of the favorite genres of Korean cinema traditionally, although during the past decades, it has been pushed to the background, mostly presented here in there in mainstream productions, in order to draw even bigger crowds ("Train to Busan" is a distinct sample). Chang Sung-duk, however, decided to direct a genuine melodrama in her first feature effort, in old-fashion style.

The titular character is a 20-years-old girl that seems to have the whole world against her. Her parents died in an accident and she is stuck with taking care of her brother, who is still in high school, just by having a part-time job in a supermarket. Her aunt, the only relative left, wants her to sell the apartment she and her brother are living, to cover their living costs, since the insurance money they received were just enough to cover her deceased parents' debts, with the story leaving some suspicions that she may want to exploit them financially. Her brother channels his frustration violently, by breaking the law, in a series of events that ends with him being arrested, and Young-ju in desperate need of money for his trial expenses. When her bitter aunt refuses to help her, she turns to a loan company, only to be scammed for what little money she had left. In a truly desperate move, she starts stalking the man who killed her parents, and in a strange turns of events, she ends up working in the tofu shop he and his wife run. The two of them are the only people that show genuine kindness to her; however, the truth eventually has to come to the fore. 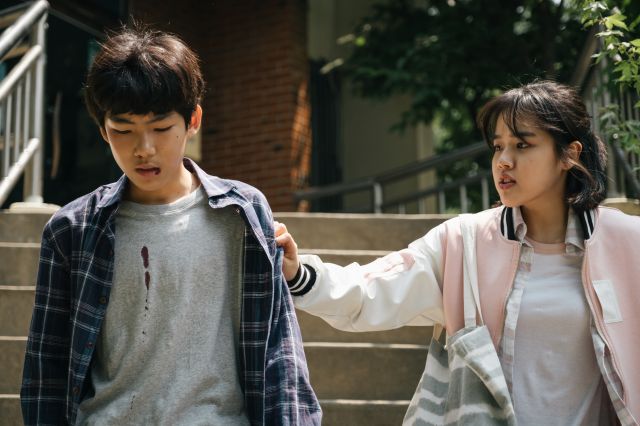 The first thing one will notice are the number of unrealistic premises the narrative is based upon. To begin with, and as my friend Bastian Meiresonne notes, Korean social care would not leave Young-ju raise her brother on her own at that age. One could say that her aunt was designated as in charge and the series of events turned her away, but there is no clear indication about this being a fact. Furthermore, the succession of unlucky events that befalls both Young-ju and the family that runs the tofu shop, exceed the borders of realism by far, even for a melodrama, while they become more intense as time passes. Lastly, the reasons the lead her to that family are vague, and can only be explained (to a point at least) by the irrationality despair occasionally leads to.

However, and despite these issues, Chang Sung-duk has managed to direct a rather compelling film that retains the interest from beginning to end, even if she does so through the succession of unrealistic tragedies that befall Young-ju. One could say that, by returning the melodrama back to its traditional roots, she has also managed to achieve the level of entertainment the category offered in its authentic form, where realism was never the rule. Furthermore, the catharsis that comes as a form of hope in the end is quite evident, in another tick in the pros column, again in the melodramatic terms. 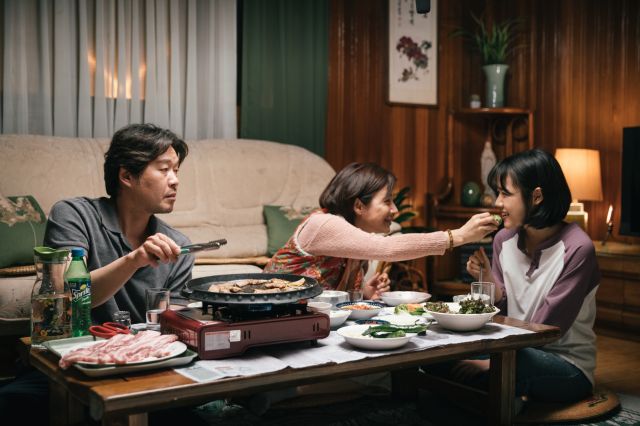 In this aspect, the narrative benefits the most by Kim Hyang-gi's exceptional performance as Young-ju, who communicates her constant, but failed struggle and the subsequent despair quite artfully, in perfect resonance with the film's overall aesthetics. Furthermore, in the few moments she is actually happy, she manages to shed a very pleasant light to the whole misery of the narrative, in a feat that could only be perceived as an achievement.

Kim Seong-ho-I focuses his camera on her for most of the film, using close-ups quite frequently, in a rather successful effort to highlight her acting prowess. The rest of his work focuses on realism, without any particular exaltation, apart maybe from the finale, which is quite impressive visually. The editing allows the film to move in the expected slow pace, which again fits the melodramatic premises. Furthermore, at 100 minutes, the movie does not overextend its welcome at all.

"Young-ju" is hyperbolic and unrealistic, but at the same time captivating and entertaining, as it returns the melodrama to its original roots.