[HanCinema Korea's Diary] Introduce Yourself to Korean Cinema: 7 Films to Get You Started

Are you interested in Korean cinema but don't know where to start? The following is a short list of films that I believe would give any film enthusiast a good grounding for what Korean cinema has to offer. They include award-winning films, films that provide insight into Korea's history and culture, as well as a couple of fantastic genre films that Korean cinema tends to favour. 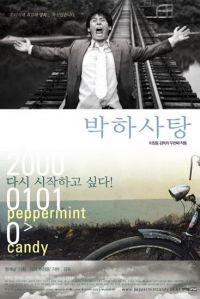 In 1999, Lee Chang-dong released his second major feature film "Peppermint Candy". The film is a retrospective journey through Korea's recent past as we follow a troubled man back through time in order to understand and, more importantly, remember the events that shaped his present life. The film remembers some of major events that shaped modern day Korea. These include the Kwangju Massacre of May 1980, a regimen of daily police interrogation and brutality, and the impact of the 1997 IMF (International Monetary Fund) crisis that strongly affected Korea's local and global identity. In addition to offering a perspective of some of Korea's recent and significant socio-political history, the film is brilliantly constructed and challenges classic temporal assumptions of narrative structuring and its influence on the textual meaning. 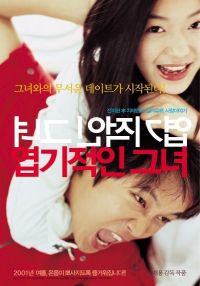 "My Sassy Girl" broke the record for the highest grossing Korean comedy of all time. It was so popular and it's story so compelling that there was even an American remake of the same name starring Elisha Cuthbert and Jesse Bradford. The Korean original is definitely the one to watch though. This hilarious tale of seemingly mismatched lovers was based on a series of Internet posts that Kim Ho-sik made on his blog detailing his courtship with a highly outgoing and playfully abusive girlfriend. Those posts turned into a novel and then this successful film directed by kwak Jae-Yong. As an outsider, the film offers comical insight into young relationships in Korea that will have you chuckling throughout. The dynamic relationship between the couple is not only sidesplitting but heartfelt and strangely grounded. 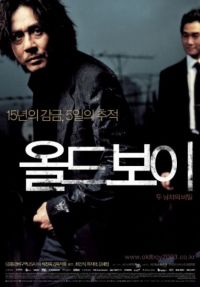 Well, if you haven't seen or heard of this bloodstained piece of cinema, then this should definitely be the first Korean film you see. Famed director Park Chan-wook won a spew of awards with this gruesome revenge thriller, most notably, the Grand Prix of the Jury award at the 57th  Cannes Film Festival. Its success in Korea and abroad is well-known and even Quentin Tatantino labelled it as one of his favourite films. There are two other films that make up Park Chan-wook's revenge trilogy. The first, "Sympathy for Mr. Vengeance", was released back in 2002 and the third film, "Sympathy for Lady Vengeance", came out after "Old Boy" in 2005. All three are fantastic and can be appreciated in different respects. A quick search online will show you just how divided people's thoughts are on this. It's best to watch them all and make up your own mind. The Korean cinema circuit is definitely not short of revenge thrillers, but Park Chan-wook's "Old Boy" is a classic that will rock you to your core. 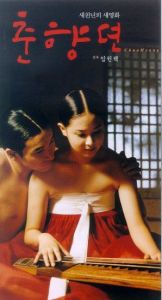 Im Kwon-taek is the father of the Korean film industry. With over a hundred films under his belt, "Chunhyang" is arguably his greatest masterpiece. The story is a Korean classic based on a pansori (Korean traditional music in which a story is sung and emotions are conveyed through the performance of one sorikkun who is accompanied by a drummer) folktale of star-crossed lovers. I don't like to simplify it to this but it can be considered the Korean "Romeo and Juliet". "Chunhyang" has been retold in many forms and there have been a number of films that revolved around this classic tale, such as Kim Dae-woo's 2010 film "The Servant". Although foreigners might not be able to appreciate some of this period film's subtlety and culturally-rich flowing narrative, it is still one to watch in order to experience one of Korea's most iconic folktales. 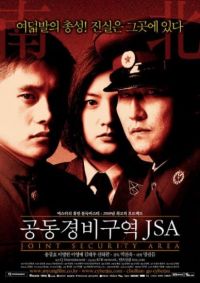 This was a landmark film that put Park Chan-wook on the path to greatness. In a time where tensions along Korea's DMZ were high, Park Chan-wook stepped up and challenged the social perceptions of the North and its people with this very powerful tale of cross-border friendship. Many people are aware of the horrors that took place during the Korean War that left Korea a divided country. Park Chan-wook's message of brotherhood that traverses political agendas comes through beautifully in this tragic film. Many foreigners come to Korea each year and visit the infamous 250km barrier that splits the Korean peninsula in half.  Watching this film before or after you make that trip may challenge your own perceptions of this tragic divide. 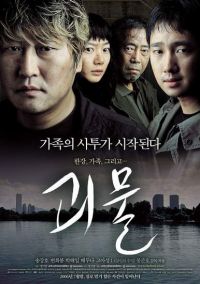 Now this is definitely not my favourite film from Bong Joon-ho. In fact, it's probably my least favourite. (And I do believe that speaks more to his impressive filmography that my personal preference.) His other films (such "Memories of Murder" and "Mother - 2009") have been hugely successful and are strongly recommended, but for the purpose of this list, "The Host" is particularly noteworthy. This film is not your typical monster movie as it does away with, or at least challenges, a lot of generic expectations of your typical monster film. An American scientist orders his Korean subordinate to pour a shockingly large quantity of chemicals into the sewer, which results in the creation of monster that terrorises the people of Seoul. It's an ideologically-charged film that is critical of the American military's presence in modern day Korea. There are some other films that contain a similar theme of "foreign entities" corrupting the values and way of life in Korea (Park Chan-wook's "Thirst" for example) but Bong Joon-ho's "The Host" is a modern day monster classic that should not be missed. 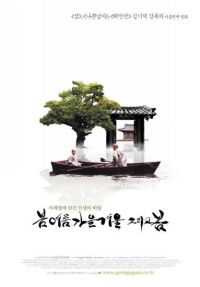 Kim Ki-duk is a prolific and respected filmmaker in Korea and his films seem to exist largely outside the mainstream conventions of Korean cinema. In "Spring, Summer, Fall, Winter... And Spring" Kim Ki-duk brings to life a touching tale of a Buddhist monk who grows up isolated from society in a small monastery in the middle of lake. It's a sedate and visually-rich journey of a young monk discovering himself and the world around him. It contains strong Buddhist themes of the cycle of life and renewal, and subverts dialogue in favour of beautiful composition and symbolic action. I chose this film because Buddhism is one of the major religions in Korea and I felt that it would be quite different to what most Western audiences would be used to in a film. Its slow pace, yet powerful imagery is intoxicating and the story itself captures what it means to be human in the most fundamental and spiritual sense.

So there they are! Seven films that mark a decent starting point for anyone who is not familiar with Korea and its incredible film industry. The above films are not ranked and are also not necessarily my personal favourites. I hope you take the time to find some of these films and share your thoughts on them and their inclusion in this list. I will also be sharing more lists of Korean films in the future and if you would like to add anything to this post, please feel free to do so in the comment section below.