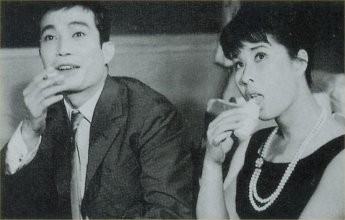 In case some of you missed it, there was some pretty exciting news that came out from KOFA this past week. The Korean Film Archive, in partnership with Google, will launch a YouTube channel in May that will showcase 70 classic Korean films. This is fantastic news for Korean cinephiles that would not otherwise have access to some of these rare and classic pieces of Korean film literature.

Out of the planned seventy films to be released on the channel, seven are said to be of HD quality and they will include films from 1949 ~ 1996. Classical Korean films are sometimes hard to come by, especially with English subtitles. I myself have only been able to watch a handful and was lucky enough to view a few at the Korean Film Archive in Seoul. When the channel launches in May it will not doubt attract Korean film enthusiasts with the promise of Classic, as well as few more modern, Korean films all with subtitles and, according to Darcy Paquet's tweets, for free!

Below is a list of films that will be include thus far:

Korea is definitely taking advantage of YouTube as a bridge for people to gain access to its cultural products. At the end of 2011 a K-Pop Channel was launched, or rather K-Pop was added as one of the "Music" genres. Now, with KOFA bringing international viewers the chance to experience classical Korean, the world will be able to explore and experience Korea's fascinating and rich cinematic history with all the ease and convenience that YouTube brings to the table.

The site will can be found at http://www.youtube.com/koreanfilm and it now has around 100 subscribers. KOFA must be commended for this great project so visits the link and add your support by subscribing!

"[HanCinema Korea's Diary] Korean Cinephiles Rejoice! Korean Film Channel planned for YouTube"
by HanCinema is licensed under a Creative Commons Attribution-Share Alike 3.0 Unported License.
Based on a work from this source