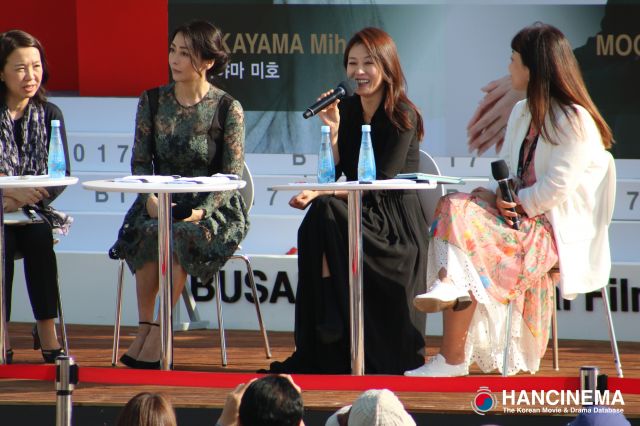 Moon So-ri is a multi-talented woman who has most recently gained attention for the film she directed and starred in "The Running Actress". On Friday, October 13, a day made luckier by her appeareance, the director, actress, professor, and scriptwriter was joined by equally affluent Japanese actress Miho Nakayama.

The beautiful, breezy day at the outdoor stage of the Haundae BIFF Village saw a crowd of spectators and journalists who had gathered to watch the Open Talk between the actresses. The feeling between them was one of respect and enjoyment. It was obvious that they enjoyed the conversation and sharing it with their audience. The translator contributed naturally to the talk with her relaxed translations and keen, funny commentary. Together, the host, two actresses, and translator had a jolly good time talking about the acting life. 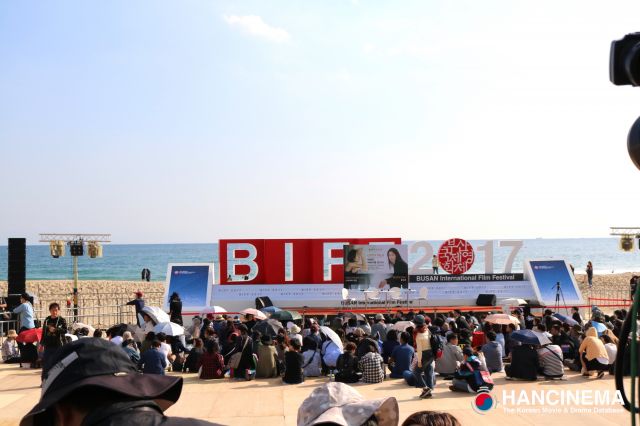 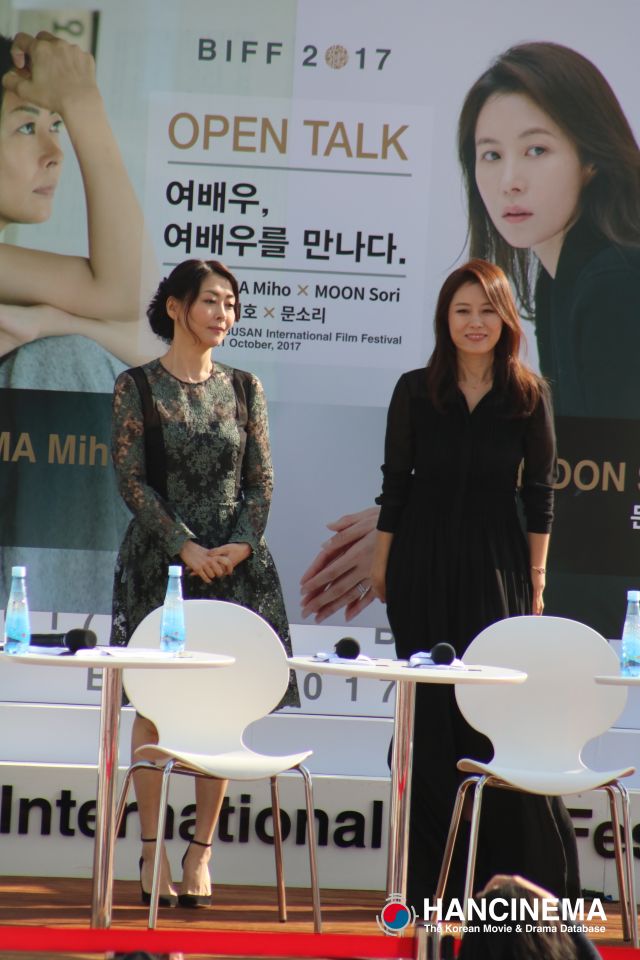 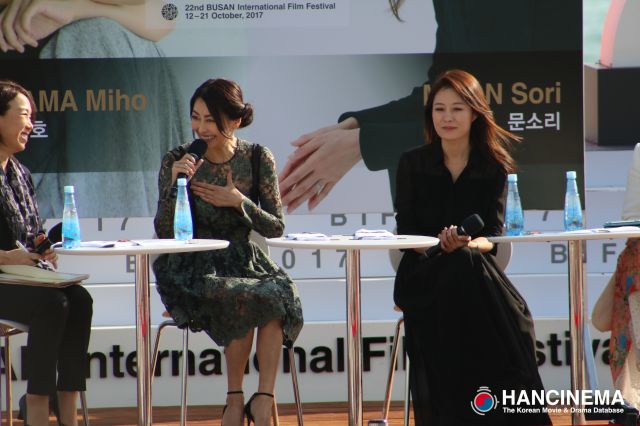 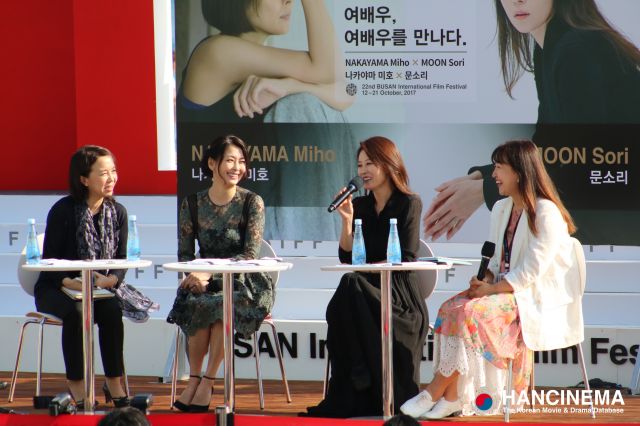 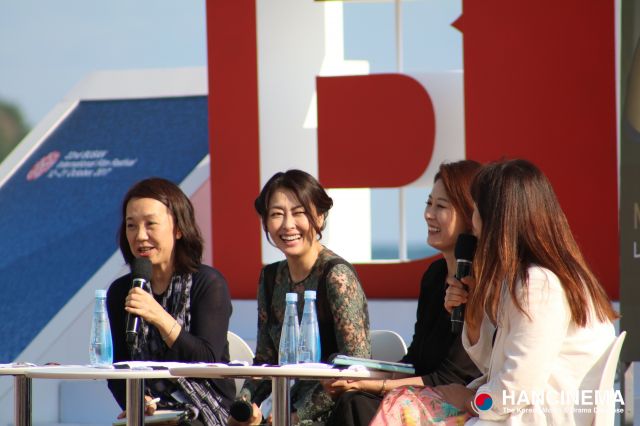 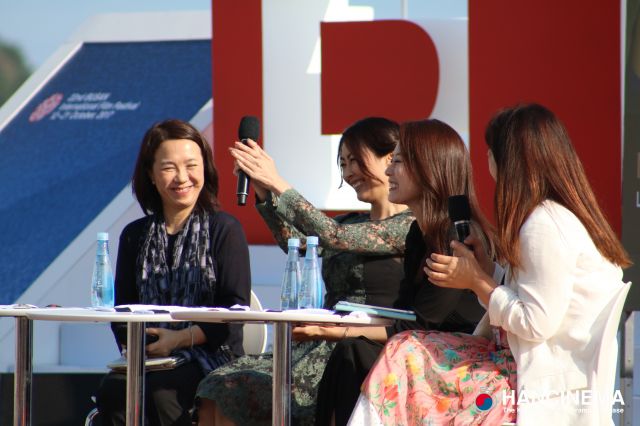 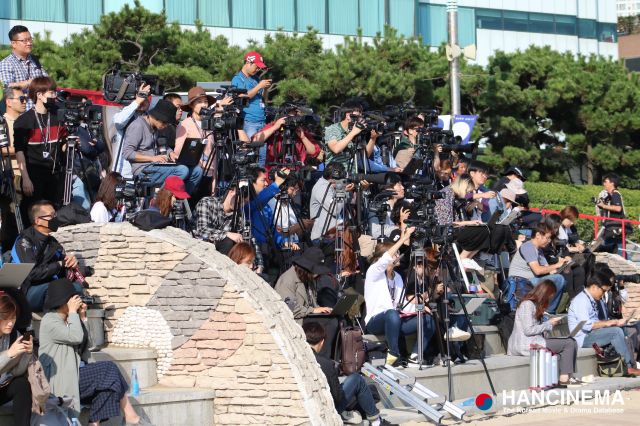 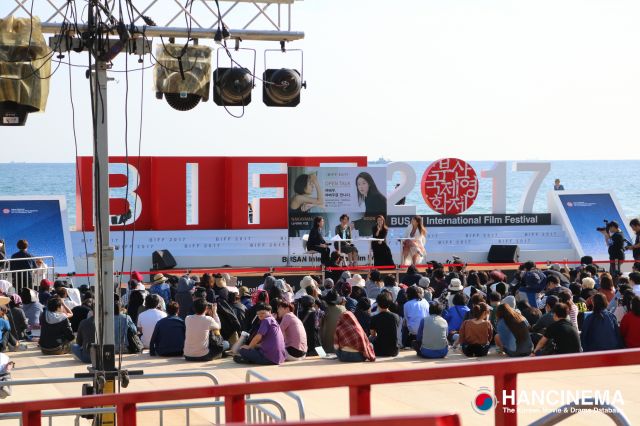