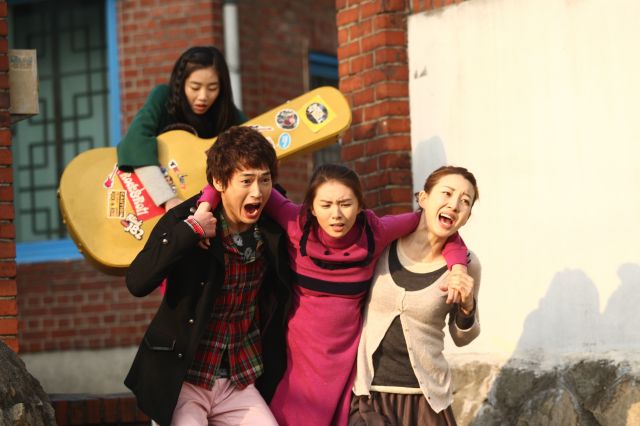 Due to the sheer quantity of artistic and experimental films, I think I may have been pulling punches a bit with my reviews. Now, to be perfectly clear, My Place and Dancing Woman are both absolutely brilliant and unlike anything I've ever seen before- but as I come more and more to the end, I see clearly that the Jeonju International Film Festival has had as many hits as misses.

My first film today, "Total Messed Family", typifies a lot of that. It's a comedy about the reactions a family has when their son, a runaway, returns home with his pregnant girlfriend. It's really funny- honestly, it's been awhile since I've seen a movie that made me laugh that much. But it's still not a very good movie. It's loaded with plot threads that never actually go anywhere, jokes that seem like they could be broader social statements but are never really followed up. It's disappointing mainly because it has the potential to be so much more- but just ends up being this weird hodge-podge of random jokes and extraneous characters. Still, if director No Zin-soo was going to go with comedy at the expense of storytelling, at least he picked good jokes. It just gets really slow when nothing funny's happening. 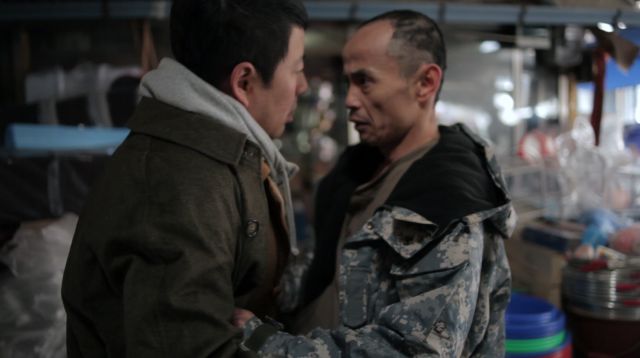 My next film, "Echo of Dragon" by Lee Hyun-jung, was a similar disappointment, though from the more experimental direction. The story, if we can really call it that, is about a strange man in a rustic town. I can't explain more than that. It's not that I'm worried about spoilers, it's just that nothing really happens. This very interesting thread crops up early on with the man's sister, who run a shop that sells snake stew based aphrodisiacs- but this has nothing to do with anything else in the story. It is, in fact, just normal snake stew, and has nothing to do with our extremely strange lead character. Actually, the story ends up being about this other woman- whose motivations and frustrations are never clearly explained, even though her resolution to these problems is. And it is, frankly, a stupid resolution. I was surprised to learn that this film's director, Lee Hyun-jung, is a woman- this is about the last message I would have expected to see from a woman who struggles to work in a male-dominated field. Even though I really disliked "Echo of Dragon", I'm disappointed I didn't get to see this film's Guest Visit, because this film begs a lot of questions that only she can answer. 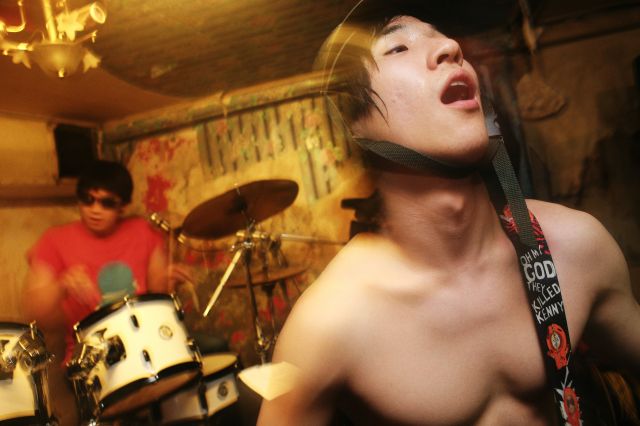 My final film of the day, "Party 51" by Jeon Yong-taek, unfortunately did not do much to inspire my critical juices the way the other two did. The documentary concerns the independent music scene of South Korea and their intersection with a construction project that's threatening to demolish a noodle restaurant. The duribang ends up becoming a popular independent music venue throughout negotiation with the construction company, which ends up lasting years. The documentary is, unfortunately, just too culturally dense. It deals with lots of people and events that would be common knowledge to people who know a lot about Korean socio-political trends, but is largely incomprehensible to someone like me, with only a passing knowledge of it. I became very tired just watching it, and had to heard right home to get some sleep.

Overall, this is probably the worst day I've had so far in terms of film quality. But the overall combination really helped me appreciate just how important it is that a film actually engage me. Even a bad one can be a good learning experience if I can articulate just why that is.