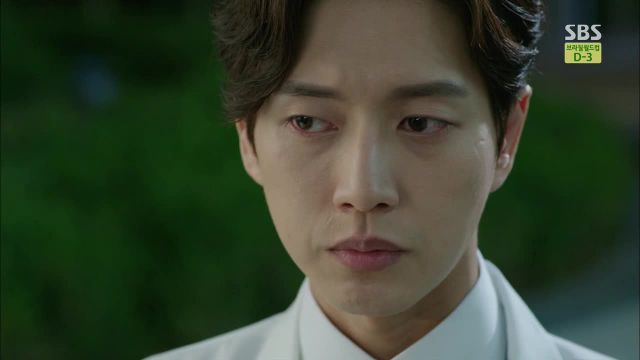 Park Hae-jin is a serious actor who consistently practices and refines his art. He's been active on television since 2006 and has shown improvement throughout each project he has taken on. His breakout role was as the tragic villain Shin Myung-hoon in "East of Eden" after which the Chinese market took note of him and cast him in several dramas.

Since then, Park has received growing recognition within and outside of South Korea that is well-deserved. This success is due in part to his dashing looks, but also due to his keen eye for script selection and the variety of roles he takes on. He has played villains, goofy second leads, over-the-top Chinese heroes, and impoverished romantic leads. What makes Park Hae-jin such a solid actor is the quality of his current acting and how he has grown throughout the years.

In 2008's "East of Eden", he played Shin Myung-hoon, a tortured soul who has a complex past, a tense home life, and an inability to control his emotions. The role required tears, a flaring temper, violence, and a quiet layer of tortured pain underneath it all. At the beginning of the fifty-six episode drama, Park was quite intense in the role and had trouble managing the variation of emotion in the character. While each emotion was clear and the line delivery was well-timed, the performance was over-the-top, as though he was trying too hard. As the drama progressed, however, there was a significant change in Park's portrayal of Myung-hoon. Part of it was due to the shift in the character's writing, but most of it was due to Park finding his stride.

Park's current drama, 2014's "Doctor Stranger", places him in a similar role, that of tortured soul Han Jae-joon, but this time Park's performance is wonderfully layered. Actually, it is exceptionally so. The six years between dramas have allowed him to hone and refine his craft and the results are clear: he is now an outstanding actor. The role of Jae-joon could be easily overacted, but the years have made Park subtle in his portrayal. The acting is only loud when it needs to be. He no longer brutally forces out emotional scenes, but allows them to flow naturally.

Part of this ability was shown in 2013's "My Love from the Star" where he played the seemingly light-hearted, Cheon Song-i obsessed, Lee Hwi-kyeong. While he was perfectly charming at the beginning of the drama, it is when the weight of his unrequited love starts to sink in that Park's sharpened acting chops are highlighted. He gives the small beats huge significance with the expression of his eyes. He is an "eye" actor, able to convey emotion with the speed of his blink and the tension around the eyes. This was further proven later in the drama when his character has larger troubles to contend with. His ability to keep his face slack while emoting pain by tensing his body is something he refined in "My Daughter Seo-yeong", the fifty episode 2012 family drama that enjoyed huge success. It is this ability that greatly adds to his layered portrayals of his characters.

Strangely, although he is quite adept at emoting using his body, he is slightly clumsy when it comes to action, a skillset he hasn't quite yet developed. This was most obvious in the Chinese drama "Another Brilliant Life" where he played a singing, dancing, stunt-performing idol. Park easily slipped into the very slapstick comedy style of the Chinese-drama with his facial expressions, but the larger body movements were awkward.

Another skill of Park's is to relate to the same actor in different dramas in completely different ways. For example, Chun Ho-jin plays his father in "My Daughter Seo-yeong" and a corrupt Prime Minister in "Doctor Stranger". The feeling between the two is completely different in the two dramas. Chun Ho-jin is a powerhouse, seasoned actor who most certainly guided Park. But for Park to be an equal on screen, he had to bring his own presence that could challenge and compliment Cheon's ability. That screen presence has consistently grown throughout the years and in "Doctor Stranger" Park is quite the commanding presence. This is the sign of a serious actor, one who constantly strives to improve his art and does so with visible results.