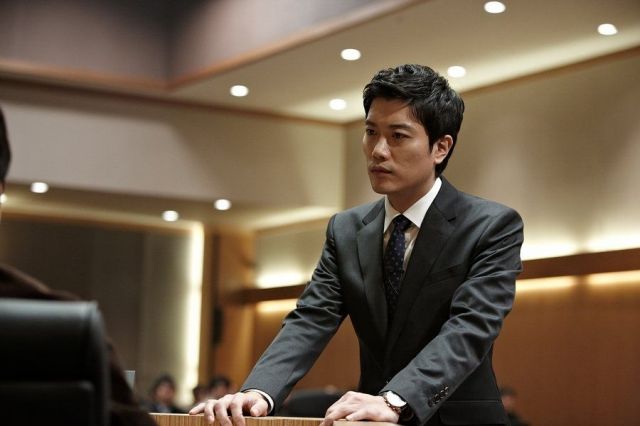 Actors vary a lot in their talent, skills, types of performances, popularity and even function in the industry their career develops in. There are many who might not be familiar or very familiar to foreign fans and especially drama fans, but whose work has been significant. They have helped the film and drama industries maintain a certain quality through their individual artistic efforts and choices. Park Hee-soon is such an actor.

Park graduated from Seoul's Institute of the Arts and Theatre in 1988 and it was not long after when he got his first role in theater, in 1990. In 1994, he starred in a short film called '2001 Imagine' as a man who is obsessed with the idea that he is John Lennon. In the following decade, he had some roles in film that ranged from small appearances to a main cast member, until he got his first leading part alongside Kim Yunjin in 2007 film "Seven Days". Some other notable works of Park in cinema include 2004 mystery film 'Antarctic Journal', 2007 fantasy thriller "Hansel and Gretel", 2009 crime film "The Scam", 2011 works 'Gabi', "The Showdown", "The Client" and more. His drama career has been much shorter, including only three works to date and starting with his first role as the antagonist in 2007 drama 'Evasive Inquiry Agency', seventeen years after his debut. Most likely know him from 'All About My Romance' or his most recent role in the crime drama 'Missing Noir M'.

What makes Park Hee-soon's performances memorable is his work choices and role portrayal for them. Park has played many different characters ranging from everyday folks to psychopaths. It is clear that he is capable of covering a wide array of styles and really embody his portrayed individuals. Many of his roles have had quirks or peculiarities and this stems from the fact that those works have unique premises. Park has therefore chosen quite a few interesting stories along with your more run of the mill commercial and generic ones. Park has a very strong on-screen presence and this makes him even more memorable.

His strength lies in his ability to really tap into what makes each character of his interesting and accentuate it through his performance . His natural actor's presence and knack for encompassing all aspects of his roles mean that each performance feels different, even when the characters would seem uninspiring or common in concept. Park shines the most in roles which give him something to go by, but this also means that poorly written ones and especially those with little room for creativity drown his potential. He still delivers, but his full abilities are wasted. Another point to be made about Park and his career would be unfair to call a flaw, but it is something which might be considered a shame or a waste. As he usually goes for works that look interesting and characters with something intriguing about them, Park has not really made a star name for himself. He is a very known one, especially in film, but he is not someone who seems to aim for the top. However, this might just be what keeps him doing so well in terms of quality.

Park Hee-soon's career as one of the many talented, skilled and charismatic actors of South Korea has been productive, exciting and stable. He is someone who works a lot, does it well and manages to pick successful and quite often compelling works and captivating roles. The gravity of his performances makes even lesser roles more watchable and this makes him a valuable and very entertaining artist.