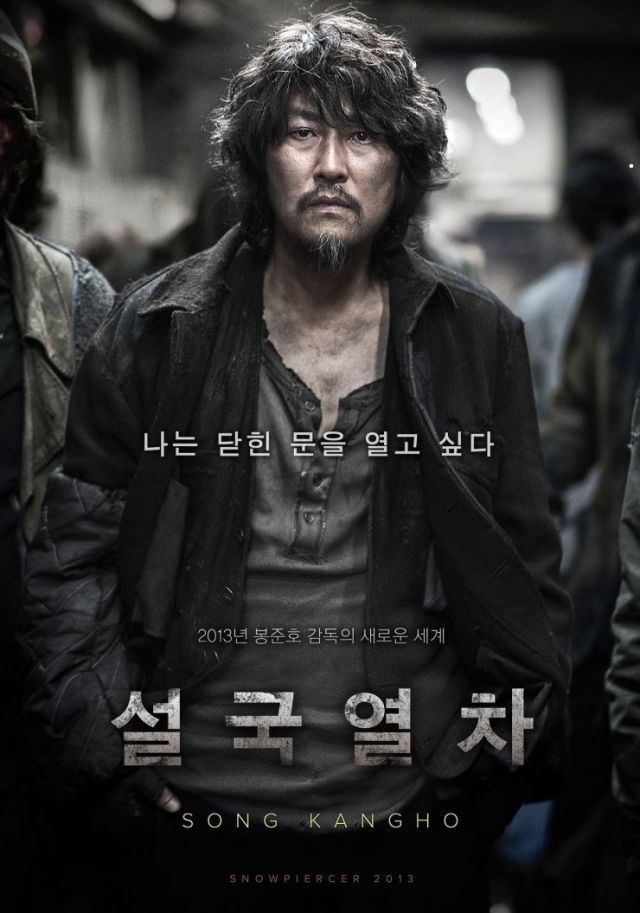 Bong Joon-ho's post-apocalyptic epic "Snowpiercer" and Kim Byeong-woo "The Terror Live" continued their reign of dominance at the top of the Korean box office. Last weekend these two local films claimed almost 80% of the total ticket sales, contributing to record numbers as fans flocked to the theatres to escape the dreaded heat. Despite the abundance of new releases, of both local and foreign flavours, last week's favourites ploughed ahead and once again stole the show.

"Snowpiercer" claimed 1.5 million admissions in its second weekend out, snapping up 44% over 1,066 screens around the country. That moved Bong's English-language debut to 6.4 million in total, a sum that is more than good enough to move into up to fifth in the list of the highest grossing Korean films of the year. The film now has its eye on both "Secretly and Greatly" (6.9M) and "The Berlin File" (7.1M), but will have its work cut out for it if the likes of Marvel's "Iron Man 3" (9M) and "Miracle in Cell No.7" (12.8M) are to be challenged. This last weekend resulted in the second highest follow-up week numbers this year. In April "Iron Man 3" opened with 2.1 million, and followed that up in its second weekend with 1.8 million. "Snowpiercer" has been granted slightly less screenings but came close to having the best second weekend haul of the year.

Let us not forget about Kim Byeong-woo's action drama "The Terror Live". Despite having been pitted directly against Bong's much anticipated effort, the film clung onto second with over a million admissions of its own. Its pairing with "Snowpiercer" may have soften the film's impact at the box office, but that has not prevent the film from racing to 3.8 million admissions. It hass been a phenomenal response that places "The Terror Live" at number ten in the list of the highest grossing Korean films of this year behind "Man on the Edge" (3.8M), "New World" (4.M) and "World War Z" (5.2M). Indeed Korean cinephiles have been spoilt this August, and the support for these two local films speaks wonders.

There were also a shipment of new releases that came to Korea's big screens. Twelve foreign films in all tried to spice things up, but the only new foreign entries granted access into the upper echelons of the figures were the animations "Epic" and the Japanese film "Detective Conan – Strategy Above the Depths". "Epic" claimed third 292,440 (7.8%) while its Japanese counterpart followed in fourth with 205,118 (3.5%) of its own. "Turbo" was the token foreign animation favourite last week, but these two new animations forced this imaginative little tale down to fifth, just ahead of Kim Seong-su's "The Flu". It's a truly horrible time to enter the chart, and Kim's disaster film felt that this past weekend as it only managed sixth with 126,281 (3.5%) admissions. Kim will be hoping that next week's numbers will be a lot healthier – and that someone misplaces all the "Snowpiercer" and "The Terror Live" reels.