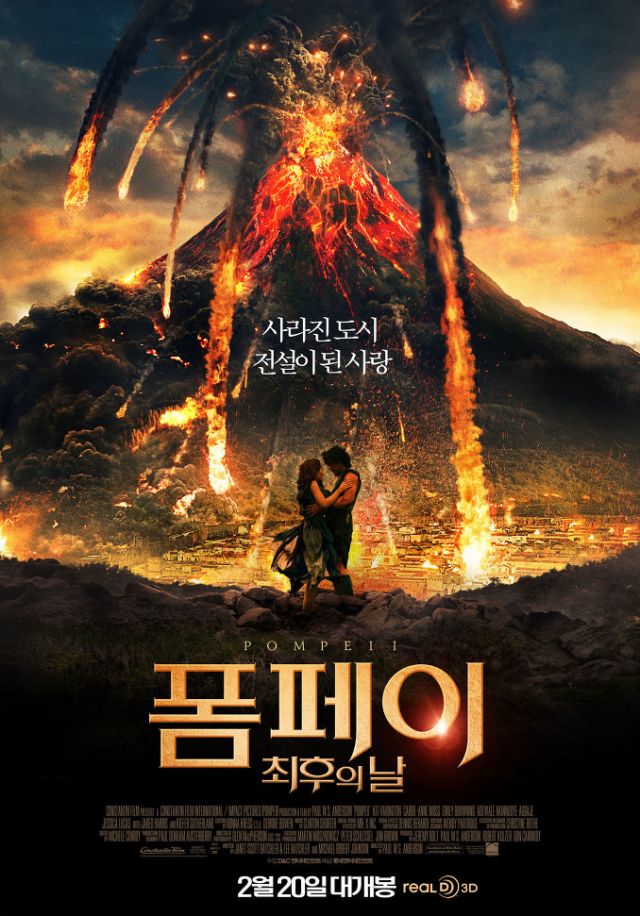 Disney's Oscar contender "Frozen" was finally dislodged at the top of pile in a hotly contested tussle at the top. This past weekend saw Paul W. S. Anderson's disaster epic "Pompeii" entered in first position (542,060-21.3%), a film that has been struggling globally after poor reviews stunted its hopes of reaching the $100M it took to produce. Despite its unimpressive stats thus far, Anderson's indulgent 3D flick only narrowly outplayed Kim Kwang-sik-I's newly released "Tabloid Truth" (440,829-20%). "Tabloid Truth" is already looking good to overtake Kim's pervious effort with "My Dear Desperado", a romantic comedy that claimed nearly 700K stubs back in 2010.

"Tabloid Truth" (formerly know as "Advertisement: Dangerous Rumours") is a crime drama starring Kim Kang-woo, Jung Jin-young, Ko Chang-seok, and Park Sung-woong, and enjoyed strong support in its opening weekend across 558 screens. The film tells the story of Woo-gon (Kim Kang-woo) a talent agency manager who, after assisting a rising star in getting a movie role, gets fired for his efforts and soon finds himself amidst a high-profile political sex scandal. Kim's drama was followed by last week's number two "Miss Granny" (383,995-17.1%), a local comedy drama that has performed extremely well since its release late last month. "Miss Granny", director Hwang Dong-hyuk's third film after "Silenced" and "My Father", managed to dethrone "Frozen" over the Lunar New Year holiday and has since advanced its total tally to 7.6 million.

Although "Miss Granny" walked away from the weekend with the most admissions in its pocket, it was Disney's "Frozen" who bank the most bucks due to its high-priced 3D price tag. "Frozen", the most successful animation released in Korea, added 377,574 (18.5%) to advance its total tally to 9.7 million--a phenomenal haul that was amassed over its six weeks in the chart. The modern remake of "Robocop" started well last week where it claimed more than 600K admissions, but took a dive in week two here as it found itself in fifth with just 126,717 (5.7%) to its name.

Similarly Kwon Chil-in's "Venus Talk" (previously known as "The Law of Pleasure") slipped to sixth (96,198-4.5%) after sitting pretty in fourth last weekend. This past weekend's crowds means that "Venus Talks" moves to 609,832 admissions ($4.2M) since its release on the 13th of this month. The Oscar-nominated "American Hustle" trailed it with 67,528 (3.2%) of its own, a rather low haul given that it's been nominated in ten categories including "Best Picture, Best Director, and Best Original Screenplay.