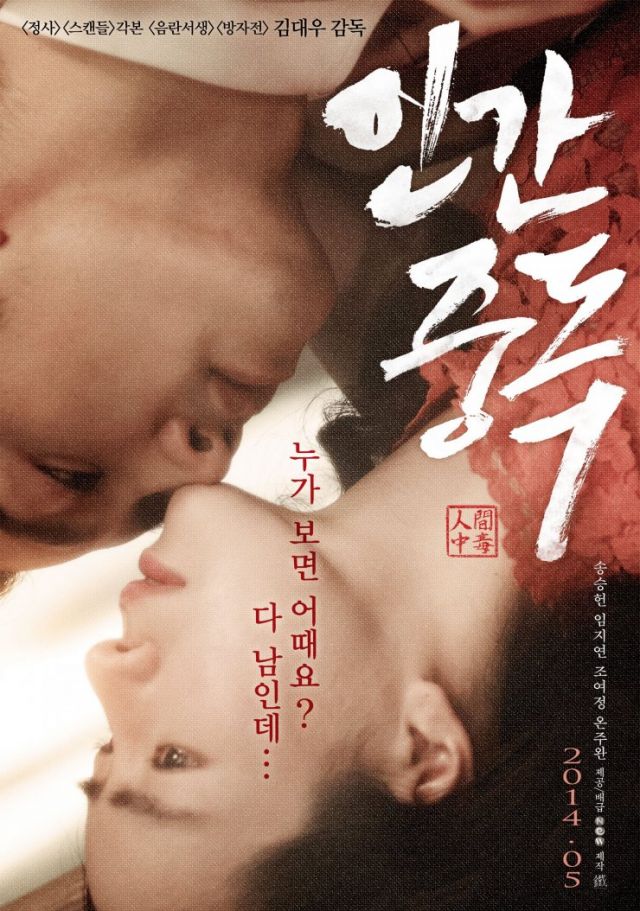 Korean's torn between romance and rampage...

There was an intense tussle at the top over the weekend as the American giant "Godzilla" took on Kim Dae-woo's "Obsessed". While Gareth Edward's monster remake seized the lion's share of the pie (23.8% from 438,487 admissions), it was Kim's third feature that seduced the majority of filmgoers into the cinemas with over 445K tickets sold (23.5%). It was relatively fair game as both films opened their accounts with over 600 screens to pool from, but the local talent teased out a narrow victory over the gargantuan ghost and ultimately put more bums on seats.

Kim Dae-woo was the amorous mind behind the 2010 romantic drama "The Servant", a powerful and sentimental re-telling of the famous folktale of "Chung Hyang". Such beautiful storytelling was surely in the minds of those Koreans who made the trip to theatres to catch Kim's latest work, another romantic tale that stars Song Seung-heon, Lim Ji-yeon, Cho Yeo-jeong and On Joo-wan. The film came out on the 14th and has already amassed more than 646K admissions; impressively outplaying "Godzilla" whose massive pull back home resulted in the second biggest opening of the year in the U.S.. The lusty lizard reached Korea's shores late last week and over the weekend thrilled thousands with its blockbuster visuals and sympathetic re-imagining of the iconic creature of chaos.

Not to be entirely outdone, but still sidelined, was this week number three "Transcendence"--a science fiction feature by cinematographer Wally Pfister that boasts a string of top talents including Johnny Depp, Rebecca Hall, and Morgan Freeman. Pfister's debut created a lot of buzz before its release, but lost some of that sheen once critics sharpened their knives. Still, the thought-provoking film captured the imagination of more than 317K filmgoers (16%) over 417 screens to hold down third, leaving last week's number two--Director Chang's "The Target"--just behind it with 284,807 admissions (14.5%). That sum pushes Chang's action piece up to 2.5M ($19.6M) since its release late last month.

With all these new hits finding purchase at the top it meant that something had to give, and this week it was Lee Jae-gyoo's period piece: "The Fatal Encounter". For the last two weeks the film has reigned royally at the top of the pile, but it was solidly ousted from the podium and was demoted to fifth with 211K (10%). Still, Lee's film, which features Hyun Bin as its lead, now moves onto 3.6M ($27.7M) and can look back on its term with pride. "The Amazing Spiderman 2" fell three places to settle in sixth (104K-5.4%), followed by another sequel in the form of "Rio 2". "Rio 2" came into the fray on the first of this month and has found it hard going, managing just 714K during that time. "Mr. Peabody & Sherman" tumbled two places to eighth with its 14K, and was followed closely by Jon Turteltaub's "Last Vegas" which added 14K to its Korean cause. Lastly, Wes Anderson's most successful film to date, "The Grand Budapest Hotel", occupied tenth with 5.8K, moving its total tally in Korea now to 758,011.