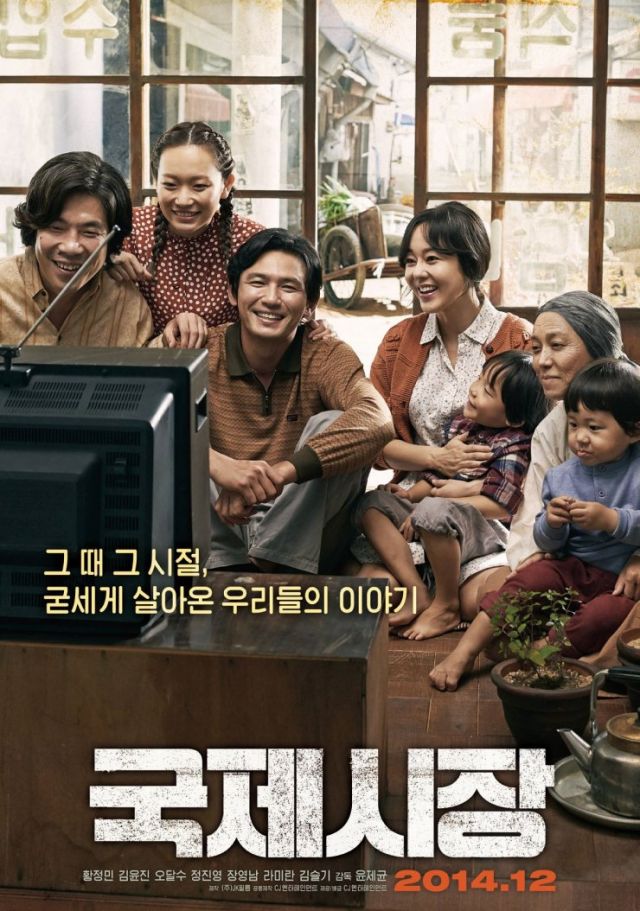 For the last five weeks it's been all "Ode to My Father" and, for the first time since "The Hobbit" mid-December, the film's lavish lead sunk to within striking distance. JK Youn's successful war drama captured 27.5% of the pie (808K) across 742 screens for gold, but had to defend its crown against the spritely rom-com "Love Forecast", starring Lee Seung-gi and Moon Chae-won.

Park Jin-pyo's "Love Forecast" claimed over 678K admissions (23.6%) across 709 screens to settle in second, just 125K short of a perfect start. And it was nearly clean sweep for the home team if "Chronicle of a Blood Merchant" coughed up another 6K, as it happened Shawn Levy's "Night at the Museum: Secret of the Tomb" (starring Ben Stiller, Owen Wilson, and the late Robin Williams) that fought hard for third, scoring 423K (13.7%) and outplaying Ha's 417K (14%). It was close scrap at the top, healthy competition that was been lacking since November.

In fifth place fell the latest Pokemon animation out of Japan ("Pokémon the Movie: Diancie and the Cocoon of Destruction"), it captured the cash of 126K filmgoers (3.8%) across 360 screens, and was closely tailed by "The Penguins of Madagascar" on 118K (3.7%).

Clint Eastwood's "American Sniper", which stars Bradley Cooper, made its way into Korean theatres last Wednesday, and its first weekend out yielded 114K (4%), forcing "Taken 3" fall further down the chart. Last week the Neeson-studded "Taken 3" climbed as high as second in an notably uneventful weekend; it managed just 362K. This past week saw it exposed in light of the new entries injecting life back into the box, and it subsequently fell form second to eighth place, and the its 79K (2.7%) it squeezed out is still not enough to push it over the 2 million admissions mark.

The much-loved British bear "Paddington" tumbled terribly to, slipping four places to ninth (41K), and Jin Mo-young's recording-breaking documentary "My Love, Don't Cross That River" adds another 40K to its courageous cause. "My Love, Don't Cross That River" has been in top ten for eighth weeks now, and during that impressive performance this heart-felt drama garnered the attention of over 4.7M filmgoers ($34.2M)-Bravo!