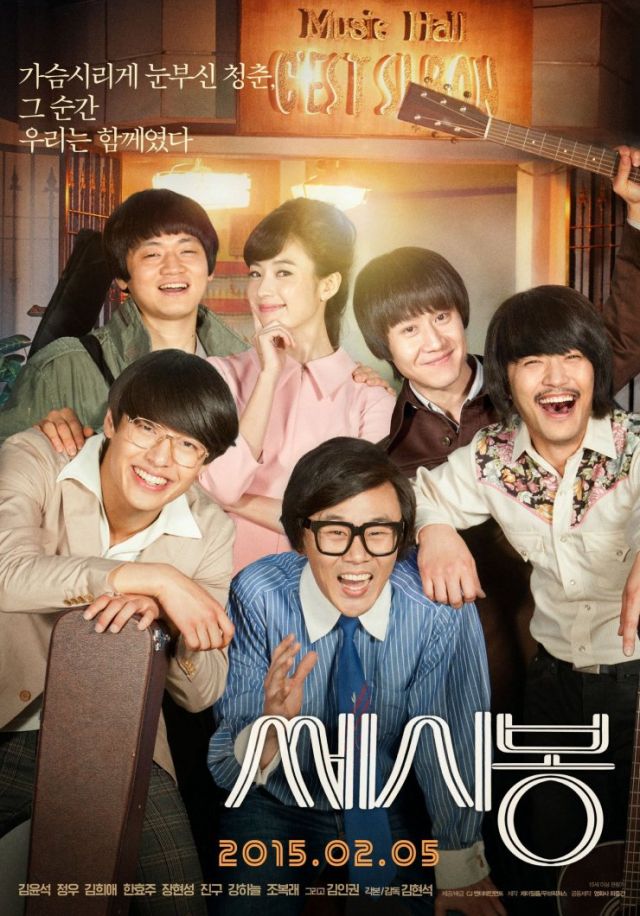 Last weekend "Big Hero 6" trumped JK Youn's latest for first, but the musical might of Kim's fifth feature proved too much for Disney's awesome animation. "Big Hero 6" was released late last month, and has thus far attracted 2.2M admissions ($16.3M); worldwide "Big Hero 6" has made over $505M, and remains a strong contender for the Best Animated Feature for the 87th Academy Awards. But the real winner was found in third.

JK Youn's "Ode to My Father" has now become the second highest grossing Korean film of all time. Since its release mid-December, Yoon's war drama has attracted 13.2M filmgoers ($93.5M) and has overtaken such massive moneymakers as "Miracle in Cell No.7" (12.8M), "The Thieves" (12.9M), and "The Host" (13M). It won't have the legs to mount an assault on "The Admiral: Roaring Currents", which remains South Korea's all-time champion with 17.6M admissions, but its astonishing success acts as a reminder of the volatile nature of all-time Korea's top ten in recent years.

In fourth place was a new foreign entry from writer/director/producers Lana and Andy Wachowshi. "Jupiter Ascending" opened its Korean account with 208K (12.5%) from 561 screens, however the film bombed in the States and is still $126M in the red. The film is described as a cross between "The Matrix" and "Star Wars"; but despite that positive pairing this futuristic action outing has struggled to convince filmgoers worldwide, with criticisms citing poor acting, its convoluted storyline, and an over-reliance on special effects.

"Gangnam Blues" was down three places from last weekend and scored another 146K admissions (8.4%), moving its total tally now to just over 2M ($15,4M). The South Korean animation "The Strong & Mini Special Forces: The Attack of a New Villian" (directed by Lee Yeong-joon, and with voices by Um Sang-hyun, Jeon Tae-yeol, Shin Yong-woo, Lee So-young-I, Seong Wan-gyeong, Yang Jeong-hwa) was the only other new Korean entry to feature. Lee's action animation claimed 78K admissions (4%) across 318 screens, and was closely tailed by the Japanese animation "Spirited Away" (69K - 3.7%).

"The Octnoauts" (based on the BBC children's television series by Silvergate Media) was the fourth animation to feature over the weekend, and managed to claim 32K (1.7%) for eighth during its first weekend out. Lastly, the weekend's top performers was rounded out by Mun Je-yong's drama "Shoot Me in the Heart" (staring Lee Min-ki, Yeo Jin-goo) and Park Jin-pyo's "Love Forecast" (with Lee Seung-gi and Moon Chae-won). Both films took a tumble from their opening efforts last weekend, and claimed 26K (1.3%) and 25K (1.4%) respectively.