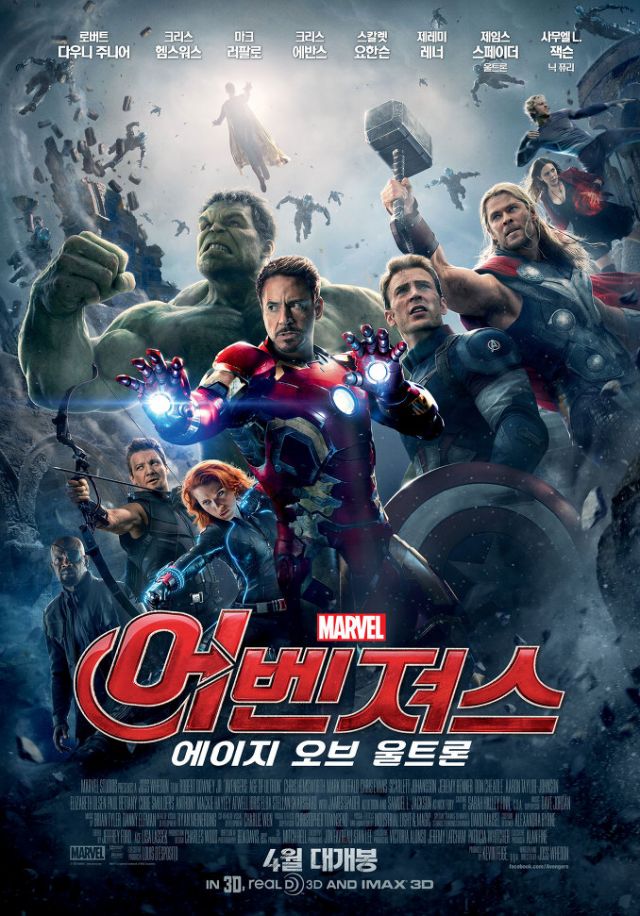 Mind the Gap: The "Avengers" return to ruin…

Crumbs. That's what Marvel's monster left for the rest of the pack over the weekend, crumbs.

Its pre-sales were brilliant, over a million, and a million more stormed cinemas across the country to catch the heroes' phenomenal return (as well as to catch South Korean model-turned-actress Claudia Kim make her movie debut as a support character). The hype building up to its release made the weekend's landslide no surprise, but the furiosity of the frenzy was still a sight to behold as "Avengers: Age of Ultron" affected a perfect cinematic storm.

The latest in Marvel's "Avengers" series was seen by nearly 3 million filmgoers, and banked over $23 million in sales from the weekend alone (its total tally is currently 3.3 million, or $28 million). In other words, the film's opening in South Korea was enough to pay for a tenth of the film's production costs, a figure reported to be around $280 million.

As far as South Korean benchmarks go, the film has already trumpeted "Transformers: Dark of the Moon" in terms of pre-sales, but is setting new records now with its stellar first weekend (its $23 million constituted over 90% of the box office pie), and is expected to easily hit 10 million admissions: the unofficially, and relatively recent, milestone set for booming blockbusters in South Korea. Currently, "The Admiral: Roaring Current" (17.6 million) and, even more recently, "Ode to My Father" (14.2 million) currently stand as South Korea's most popular pictures.

Last weekend it was "Furious 7" that was enjoying an uncontested pole position. This week, however, it sat sorrily in second with just over 100K (3.2%) attending the funeral. Similarly, Kang Je-gyu's family drama "Salut D'Amour" was also forced to be content with the meek 86K (2.4%) it attracted; in fact, this weekend's report was an obvious loss for the majority of pictured hopefuls, particularly those new releases.

Jo Chi-eon's debut "Clown of a Salesman" (20K - 0.5%), for example, had the untimely luck of entering the fray when there were no prisoners being taken. The French drama "The Finishers" (11K - 0.3%) too time its jump poorly. All in all, and as you can imagine, in a battle that was so decisively won, avoiding directing words towards the slain seems almost humane.