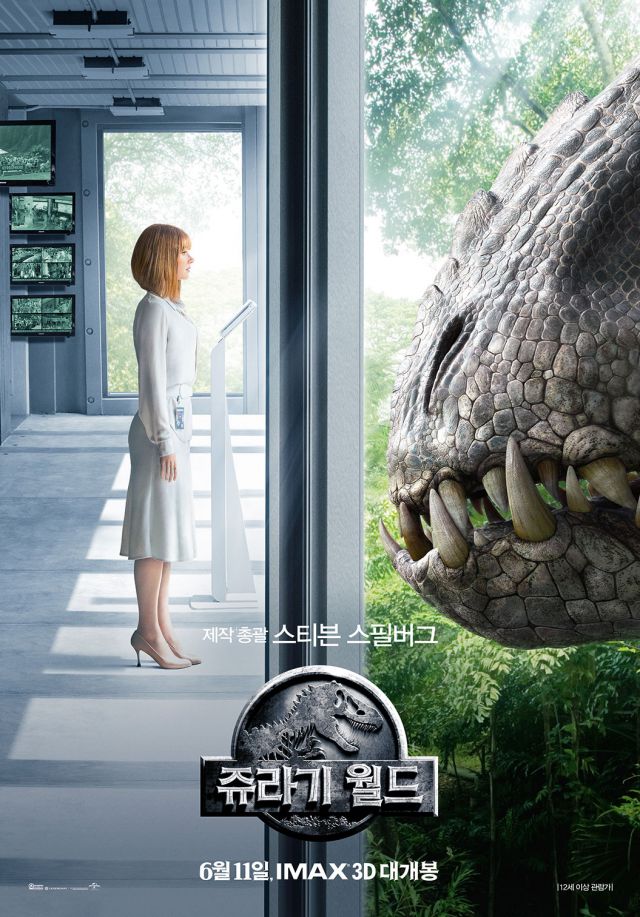 Over the weekend, the globe gave Colin Trevorrow's "Jurassic World" the biggest opening of all time. The much-anticipated "Jurassic World" banked more than $511M worldwide, making it the first film to ever gross more than $500M in a single weekend. In South Korea, the film opened in first with 1.5M admissions (71%) going its way, adding around $16M to that gross record.

The South Korean box office has been somewhat sedate of late, favouring foreign flicks over local delights as the country moves into a hot (and hazardous) Summer Solstice. "Jurassic World" was expected to create more of a stir in the South than was seen (the filmed enjoyed over 1,200 screens around the country); but even so, the film remained (along with the rest of planet Earth) South Korean's film of choice over the weekend by outperforming all challengers with its nostalgic claim to fame.

Last weekend's number one, Brad Peyton's "San Andreas", sat in second having added 285K admissions (12%) to its total tally. The disaster flick hit Korean shores early June and has since managed to raise $12.4M (worldwide the film has made $373M). With second place going to the epic "Mad Max: Fury Road", the top three places interestingly all contained less-than-favourable visions of a future from foreign lands. "Mad Max" attracted 139K (6%) filmgoers to move its bottom line now to 3.6M ($31.6M), and with it the top three managed to claim 90% of box office pie.

The action comedy "Spy" by director Paul Feig fell one place to fourth with 32K, followed by the highest-ranking local event: "The Treacherous". Lee Yoon-seong-I and Min Gyoo-dong's Joseon drama added 16K admissions (3%) to push its total admission count comfortably past the million mark. With less than half the support of "The Treacherous" came Baek Woon-hak's thriller "Chronicles of Evil" (starring Son Hyun-joo, Ma Dong-seok, and Choi Daniel) with 15K stubs sold. Last week, Baek's efforts occupied sixth place with nigh 50K but was demoted in the shadow of Trevorrow's terror island.

In seventh place fell the German animation "The Little Ghost" by Alain Gsponer. "The Little Ghost" was released in South Korea last Thursday, and its first weekend out saw it score the support of just over 9K filmgoers. Close behind Gsponer's ghost came Yoon Jae-goo's thriller "Perfect Proposal" with 9K of its own. "Perfect Proposal" was released on the fourth of this month and has not managed to find any notable traction, having banked just $959K since it opened. Lastly, the weekend's list of top performers was rounded out by Oh Seung-wook's melodrama "The Shameless" (with Jeon Do-yeon and Kim Nam-gil), claiming 9K admissions, and Charles Binamé's psychological thriller "Elephant Song" (5K).