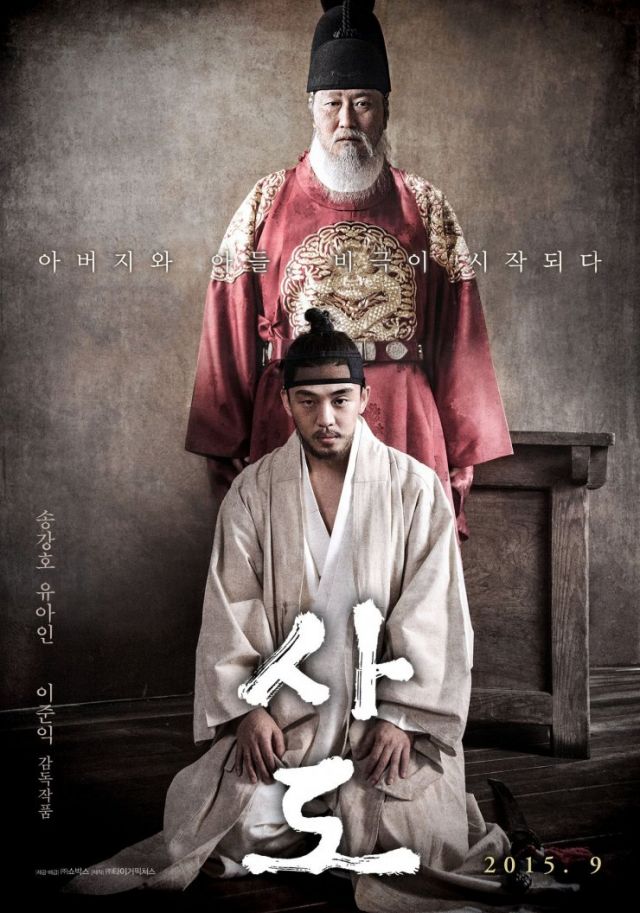 "The Throne" takes its seat at the to...

Lee Joon-ik's "The Throne" and "Maze Runner: The Scorch Trials" were both released in Korea last week and race to the top of the pile as the filmgoing public to capture over 80% of the box office action. "The Throne" opened its account with 1.3 million admissions pooled from 1,210 screens while the latest in the "Maze Runner" series managed 849 admissions across 804.

Lee's period piece turns its gaze back to the torturous death of Prince Sado (Yoo Ah-in) who died sealed with a wooden barrel by Yeongjo (Song Kang-ho), his father. Period films have in recent years attracted huge crowds and interest both at home and away, and already "The Throne" has managed to amass nearly 2 million admissions. Currently, the film has made $12.2 million; that's 1.8 million tickets sold in less than a week.

Young dystopian science fiction has proven its popularity through the likes of the "Hunger Games" series of films, and James Dashner's novels are on track to reinforcing the genre's staying power and money-making potential. "The Maze Runner: The Scorch Trials" was made for around $61 million, and so far this second installment in the series has banked over $108.3 million worldwide. The last film, "The Death Cure", is scheduled for released early 2017.

As mentioned, the top two films this week were able to clinch a little over 80% of the total tickets sold over this past weekend. And so from third place onwards the figures were notably less impressive. Marvel's "Ant-man" lost out on a third weekend as Korea's film of choice with just 171 thousand stubs going its way (last week's tally: 695 thousand), and the blockbusting "Veteran" managed just 152 thousand, which is less than half of what it was able to secure last weekend where is sat pretty in second place. Since its released early this month, "Ant-man" has banked $19 million (2.6 million admissions) while "Veteran" has amassed a mighty total of $12.7 million ($85.1 million).

The latest "Doraemon" film from Japan entered the charts this week in fifth place, having claimed 45 thousand stubs, and then some way behind fell "Beauty Inside" by Baek Jong-yeol with just 13.9 thousand admissions. This harsh watershed was, of course, made possible by the released of this week's one and two, and the rest of the pack were forced to scrap over the remaining stubs as the fresh films cashed in on their own arrival. Last week the Japanese animation film "Love Live! The School Idol Movie" say quietly in the number ten position with 13 thousand going its way but rose up the chart to seventh here with roughly the same amount of attention (13.7 thousand). That was only a few hundred admissions more than this weekend's number eight, "Accidental Detective", which scored 13.4 thousand across 49 screens before its official released later this week.

Lastly, the weekend's top performers were rounded out by the hugely successful "The Assassination" by Choi Dong-hoon, as well as Kwon Hyeong-jin's crime thriller "Deep Trap" starring Ma Dong-seok. "The Assassination" came out back in July and has since wowed crowds and broke records by breaking the ten million admissions mark and currently stands on 12.6 million ($83.5 million), while "Deep Trap" has struggle to garner support and, with the 9.6 thousand it claimed here, now moves its total tally to just 252 thousand and is in serious danger of slipping out of the top ten spotlight.