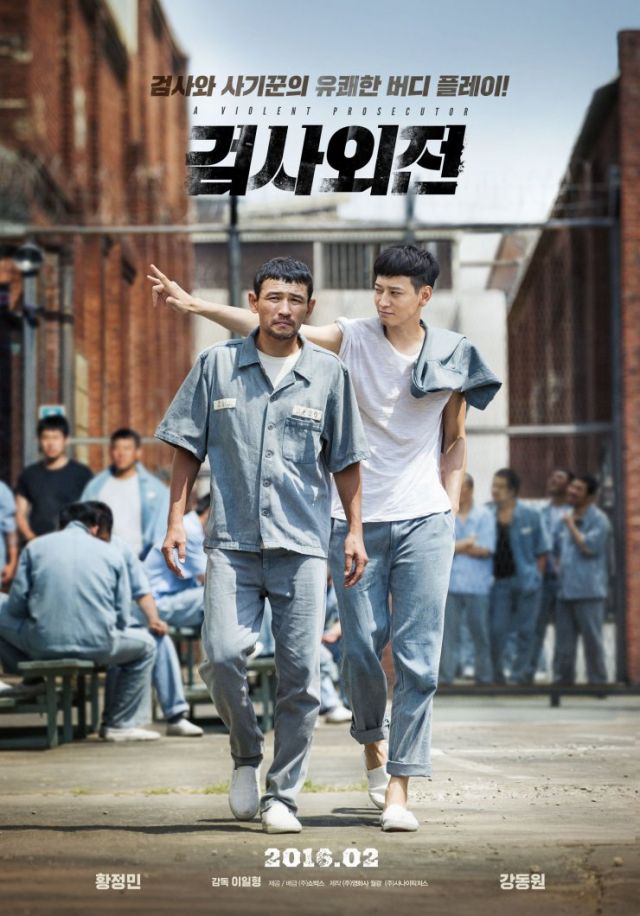 "A Violent Prosecutor" cruises to 8 million over Valentine's Day weekend...

The third installment of the "Kung Fu Panda" series was once again its closest rival with 366 thousand admissions (15.9%) as it moved its total tally in Korea to 3.6 million ($24 million); worldwide, "Kung Fu Panda 3" has grossed over $256 million, a large chunk of which has come from Chinese theatres were the film is proving popular. The American superhero film "Deadpool" entered in third place with 88 thousand (4.4%). Tim Muller's much-anticipated action comedy was made for $58 million but has already banked over $260 million worldwide since its release in the states last week.

The Japanese adaptation "Aikatsu! The Movie" arrived in Korea last Thursday and over the weekend attracted 78.5 thousand to its screens (3.3%); the film is based on the popular anime series of the same name which was released in its home country mid-December. Last weekend's number four, Todd Haynes' "Carol" starring Cate Blanchett and Rooney Mara, fell just the one place to fifth by adding 75.2 thousand admissions to its cause. "Carol" has now made $1.5 million in Korea alone having sold 220 thousand admissions. Like "Aikatsu! The Movie", "Carol" was released late last year in its home country; but unlike that Japanese adaptation; the film had its premiere at Cannes last year.

"Alvin and the Chipmunks: The Road Chip" tumbled three places to settle in sixth place with 60 thousand admissions (2.4%). Last weekend Walt Becker's film scored a podium finish with 70 thousand (2%), and with this weekend's figures, the film now moves onto 266 thousand ($1.6 million). Jo Geun-hyeon's fun fantasy flick "Bungaeman" was another new release that came out last week for the home team. Its first weekend out yielded 45 thousand stubs across 392 screens to settle in seventh.

The Australian film "The Dressmaker" by Jocelyn Moorhouse entered the fray in eighth place with 31 thousand admissions (1.4%), while the South Korea animation "The Strong and Mini Special Forces: Birth of a Hero" by Lee Yeong-joon fell four places to find itself in ninth with 21.8 thousand (0.9%). Finally, Valentine's Day weekend was rounded out by Lee Han's war drama "A Melody to Remember" which, with the 18.8 thousand it scored, has now crossed the million admissions mark.