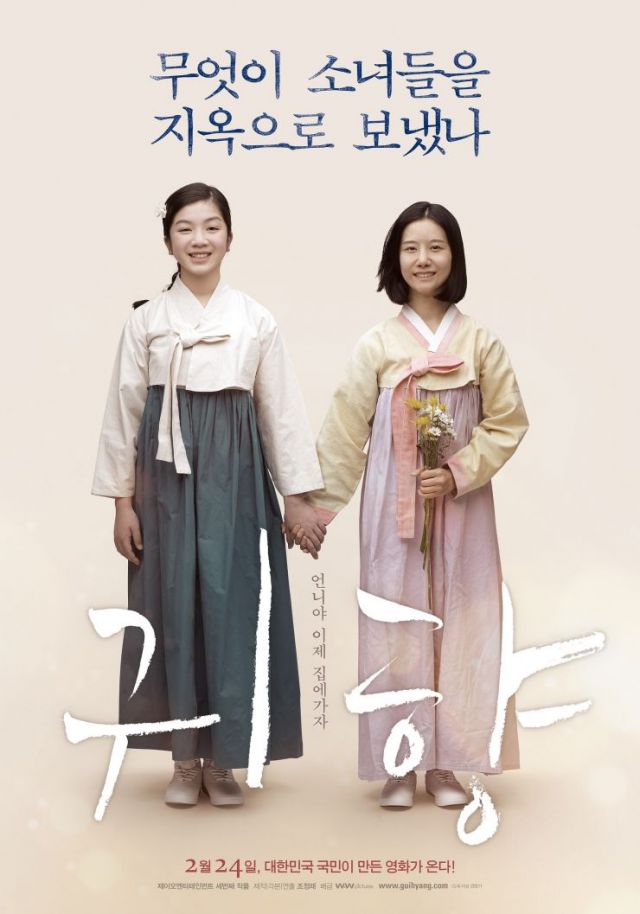 Cho Jung-rae's timely drama about the treatment of Korean women during Japanese occupation, "Spirits' Homecoming", retained the top spot over the weekend ahead of International Women's Day on Tuesday. "Spirits' Homecoming" dislodged "Deadpool" at the top when it was released late February, and week two for Cho's touching tale saw it retain pole position with 600 thousand admissions (26.6%) which moveds its bottom line to $16.5 million (2.6 million admissions).

The American blockbuster "Gods of Egypt" by Alex Proyas recently arrived in Korea and was welcomed by 442 thousand filmgoers (23%) across 618 screens. Last weekend it was Marvel's "Deadpool" that sat in second with 19.6% of box office pie, but Marvel's hilarious hero was bumped down two places and found itself in fourth place with 171 thousand (9.2%), moving its total tally in Korea now to 3.1 million ($21.6 million). Worldwide, "Deadpool" has grossed over $673 million, more than ten times its estimated production costs of $58 million.

Disney's "Zootopia", the fifty-fifth film from Walt Disney Pictures, retained third place, and from the 641 screens it was given, the film captured 14.9% of the sales (296 thousand admissions) to push its bottom line now to $7.1 million. According to Business Insider, "Zootopia" enjoyed the biggest opening first day for a non-Pixar Disney animated film in America; worldwide, "Zootopia" has already grossed a quarter of a billion dollars.

Four Korean films featured in this past weekend's top ten, the second of which occupied fifth place with 112.7 thousand admissions (5.5%). "DongJu, The Portrait of A Poet" by Lee Joon-ik ("The King and the Clown", "Battlefield Heroes", "The Throne") sat in fourth place last weekend, but fell just the one place here to fifth here while moving its earnings to $5.8 million, or 922 thousand admissions. The film stars Kang Ha-neul and Park Jung-min in a biopic based on the life and work of the Korean poet Yun Dong-ju, who was detained in Japan for participating in the Korean Independence Movement.

Another biographical film from America arrive on March 3 from director Michael Bay: "13 Hours: The Secret Soldiers of Benghazi". Bay's latest is based on the 2014 book by Mitchell Zuckoff, "13 Hours", which follows a security team tasked to defend American diplomats in Libya after the September 11 attacks. "13 Hours" was given 380 screens from which to pool, and over the weekend it garnered the interest of 83.7 thousand filmgoers (4.2%). Lee Il-hyeong's crime drama "A Violent Prosecutor", starring Hwang Jung-min and Gang Dong-won, came next with 58.8 thousand (3%), which brings the film to 9.6 million admissions since its released early February, and not far behind in eighth place came the Oscar-winning America drama Spotlight by Tom McCarthy with 56 thousand admissions (3%).

The Canadian-Irish drama, "Room" by Lenny Abrahamson, arrived on March 3 and attracted 35.8 thousand during its first weekend out in Korea, and the first weekend of March 2016 was rounded out by Park Hyeon-jin's romantic comedy: "Like for Likes" starring Lee Mi-yeon, Choi Ji-woo, Kim Joo-hyuk, Yoo Ah-in, Kang Ha-neul and Esom. "Like for Likes" was released mid-February, and, after occupying fourth and then sixth place, the film has quickly slipped to the tenth in its third week out with just 59 thousand stubs coming its way. "Like for Likes" has banked over $5.3 million, or 825 thousand admissions, since its post-Valentine's Day release.