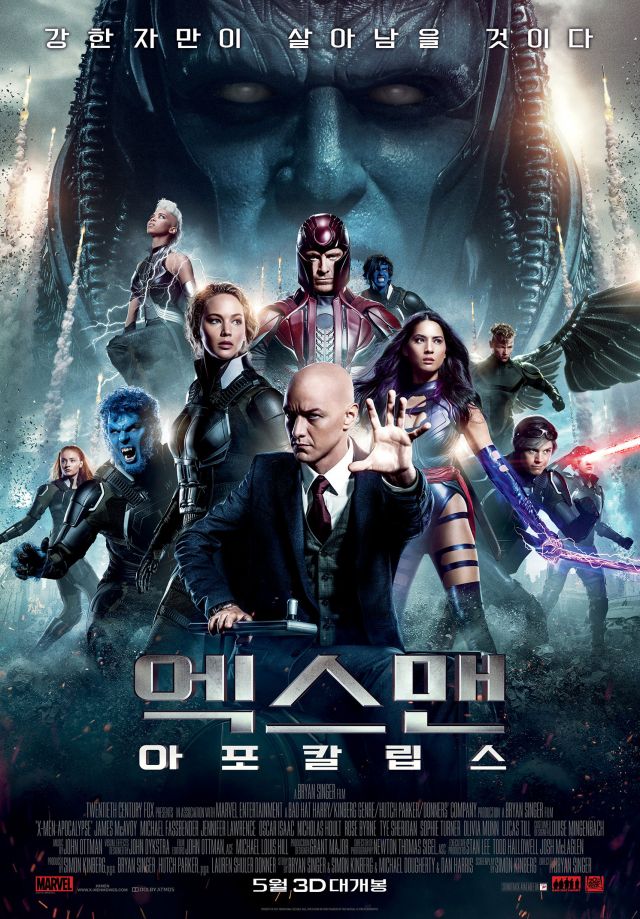 "X-Men: Apocalypse" muffles "The Wailing" for the win...

The ninth film in Marvel Comic's "X-Men" series ("X-Men: Apocalypse") arrived in Korea last Wednesday, dovetailing nicely with the success of "Captain America: Civil War". "X-Men: Apocalypse" sold 1.1 million admissions (51.2%) across 1,258 screens to oust Na Hong-jin's "The Wailing" and so denying it a third straight week at the top of tpile. Marvel's latest did this by securing nearly $9 million over the weekend with second place, "The Wailing", pulling in roughly half that.

"The Wailing" had 500 screens less than last weekend and from the 910 it did have it, attracted 628 thousand admissions (26.6%) to move its total tally to 5.7 million ($39 million). Combined with Marvel's mutants, the top two films captured over 77% of the box office pie.