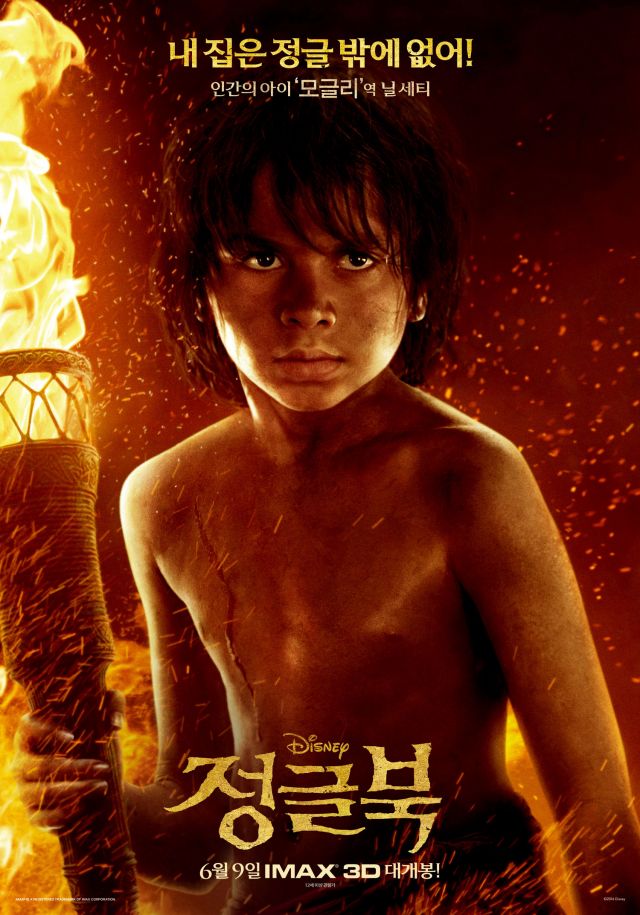 Jon Favreau's "The Jungle Book" retained pole position over the weekend by capturing 27.3% of the box office pie. From the 898 screens allocated, "The Jungle Book" attracted 619 thousand admissions bringing its total to 4.6 million admissions ($12.6 million) since its release two weeks ago. Walt Disney's digitally refreshed version of this classic tale was produced for an estimated $175 million; worldwide, it's already grossed $922.4 million and is fast on its way to reaching the billion-dollar mark.

Kwon Jong-gwan's crime drama "Proof of Innocence" and the latest "Teenage Mutant Ninja Turtles" movie ("Out of the Shadows") were the only new entries to feature in this week's top ten. The former entered in second place with 429 thousand admissions (17.9%) across 690 screens, while Dave Green's Ninja Turtles settled in sixth with 149.3 thousand (6.3%). "Proof of Innocence" (aka "A Letter From Prison" or "Special Investigation: The Prisoner's Letter") stars Kim Myung-min, Kim Sang-ho and Sung Dong-il as is Kwon's third film after "S Diary" (2004) and "Sad Movie" (2005).

James Wan's supernatural horror "The Conjuring 2" climbed one place to third with 420 thousand admissions (17.7%), followed by Park Chan-wook's "The Handmaiden" on 284 thousand (12%). Park Chan-wook is one of Korea's most iconic modern directors and having impressed filmgoers at the Cannes Films Festival earlier this year, the film has so far made $26.3 million (3.7 million admissions) on home soil. Park's previous film, "Stoker" (2013), claimed just 378 thousand during its run, and his highest-grossing film, "JSA - Joint Security Area", attracted 5 million filmgoers back in 2000.

Marvel's "X-Men: Apocalypse" scrapped together 12 thousand stubs to bring its total to 2.9 million ($20.9 million). Three week's ago the film confidently entered the charts in third, but opening weekends can be deceptive. Marvel's mutants have since failed to sustain interest and this latest superhero film continues to stagger down the chart. Finally, the third weekend top ten of June was rounded out by the Finnish-America adaptation of the popular mobile game "Angry Birds Movie". It claimed 10.4 thousand admissions bringing its new total in Korea now to 672 thousand ($4.4 million).