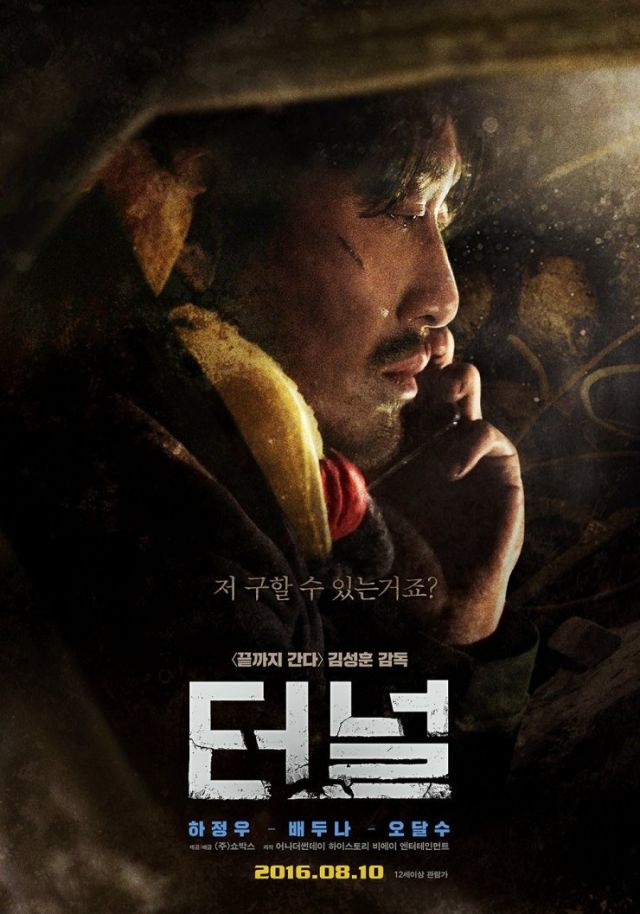 "Tunnel", Kim Seong-hun's adaptation of So Jae-won's novel, is still leading the pack and remains unmoved as Korea's film of choice. Released early in the second week of August, Kim's third film (after "A Hard Day" and "How the Lack of Love Affects Two Men") has managed to fend off its cinematic rivals to claim its fourth straight week at the top of the charts. 344,729 admissions were added to the "Tunnel"'s total tally during the first week of September which brings the film's bottom line now to 6.9 million admissions, making it the fourth highest-grossing film released in Korea this year.

The French-American action thriller "Mechanic: Resurrection" by Dennis Gansel arrived in Korea on the last day of August and during its first weekend out claimed 274,302 admissions for second place. Gansel's flick stars Jason Statham, Jessica Alba and Tommy Lee Jones in a sequel to the 2011 film "The Mechanic" (which was itself a remake of a 1972 film of the same name). "Mechanic: Resurrection" was made for an estimated $40 million but has thus far only managed to recuperate $20.6 million from international sales.

David F. Sandberg's directorial debut "Lights Outs" is a feature-length version of his 2013 short film that's already grossed an impressive $135.9 million, despite the fact that it took just $5 million to produce. "Lights Out" came close to overtaking Gansel's sequel by capturing the interest of 241,340 filmgoers in Korea during its second weekend out. The new "Ghostbusters" movie remained unmoved in fourth place, and with the 127,967 admissions gain over the weekend, the film moves its total tally to just 479,474; worldwide, "Ghostbusters" (which stars Melissa McCarthy, Kristen Wiig, Kate McKinnon, Leslie Jones) has grossed $218.1 million.

The latest in the "Star Trek" series of sci-fi films, "Star Trek Beyond", fell two places to find itself in seventh with 53,529 admissions-moving it over million admissions total-followed by Illumination Entertainment's "The Secret Life of Pets" on 53,059 admissions. The controversial wartime film "Operation Chromite" has been steadily sliding down the charts since its release late July. Despite various criticisms against it, John H. Lee's "Operation Chromite" (Lee Jung-jae, Lee Beom-soo, Liam Neeson and Jin Se-yeon) has attracted over 7 million filmgoers; 36,944 admissions of which came from this past weekend. Lastly, Korea's top ten was rounded off by the American dystopian romantic drama "Equals" by Drake Doremus. "Equals" had its world premiere at the 72nd Venice International Film Festival and has since received mixed reviews from critics since its American release mid-July. During the film's first weekend out in Korea, "Equals" (starring Nicholas Hoult and Kristen Stewart) claimed 32,656 admissions.