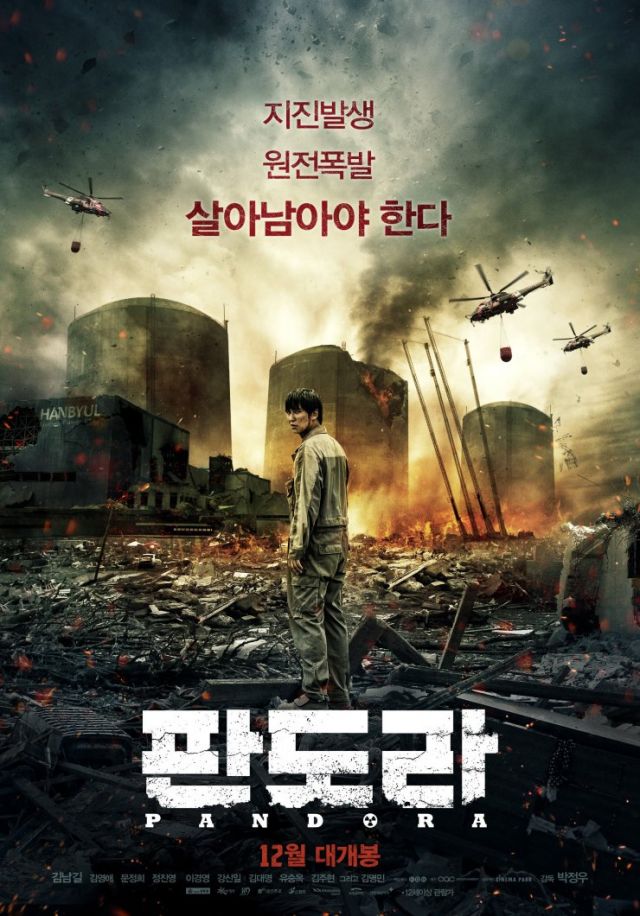 "Pandora" retains pole position in the aftermath of political unrest...

Park Jeong-woo's thriller "Pandora" retained pole position during its second weekend out by capturing 42.8% of the sales; the film, Park's fourth after "Dance With The Wind", "Big Bang", and "Deranged", added a million admissions to move its total tally now to 3.1 million, or $20.9 million. The film's release is timely given the recent political unrest in the country, which led Maggie Lee, Variety's Chief Asia Film Critic, to write that, "Korean audiences will surely wonder how the lines between parody, fiction, and reality are blurred".

The American musical "La La Land" by Damien Chazelle was also able to remain unmoved from last week, although not without a serious challenge by Hong Ji-young's "Will You Be There". Chazelle's romantic comedy-drama added 426,838 admissions (20%), which pushed its bottom line to 1.2 million ($9.3 million), followed by Hong's second feature film with 408,355 (17.7%). Hong has directed two segments in two omnibus films before ("Modern Family" and "Horror Stories") and her first feature-length film, "Marriage Blue", attracted 1.2 million admissions back in 2013. "Will You Be There" is a fantasy melodrama starring Kim Yun-seok and Byun Yo-han that's based on Guillaume Musso's novel of the same name.

The family comedy "My Annoying Brother" was next in fourth with 121,705 admissions (5%). Kwon Too-kyeong's third feature entered the fray in first place three weeks ago but has since moved aside as the end-of-year hits make their mark. Kwon's comedy has thus far grossed $19.1 million (2.9 million admissions). Nicholas Stoller's "Storks" slipped just the one place to fifth having banked 3.7% of the box office pie (92,364 admissions), followed by J. K. Rowling's adaptation of her own book: "Fantastic Beasts and Where to Find Them". This foreign fantasy flick claimed an additional 79,781 stubs (3.4%) over the weekend and has now grossed $32.7 million (4.6 million admissions) in Korea alone; worldwide, "Fantastic Beasts and Where to Find Them" has made $717.5 million having been produced, by the same company that did "The Lego Movie", for an estimated $180 million.

The 41.6 admissions (1.7%) the Japanese anime "One Piece: Gold" claimed was good enough to see it remain in seventh; since its release on December 8, Hiroaki Miyamoto's "One Piece: Gold" (based on the popular manga of the same name) has made $1.3 million in the Land of the Morning Calm. Lee Eon-hee's mystery film "Missing Woman", starring Uhm Ji-won and Gong Hyo-jin, fell two places to eighth with 30,713 admissions (1.3%). "Missing Woman" is Lee's third film after "...ing" (2003) and "Love Exposure" (2007) and tells the story of a mother frantically searching for her child after she goes missing with her babysitter. Two new entries closed out the weekend's top performers: Song Min-gyoo's debut, "Life Risking Romance" (a Korean-Chinese film starring Ha Ji-won, Chun Jung-myung and Chen Bolin), attracted 19,350 admissions (0.8%) from 382 screens, while the Canadian animation "Snowtime!" (an animated remake of the 1984 film "The Dog Who Stopped the War") by Jean-François Pouliot managed 17,385 (0.7%) admissions from 259 screens.