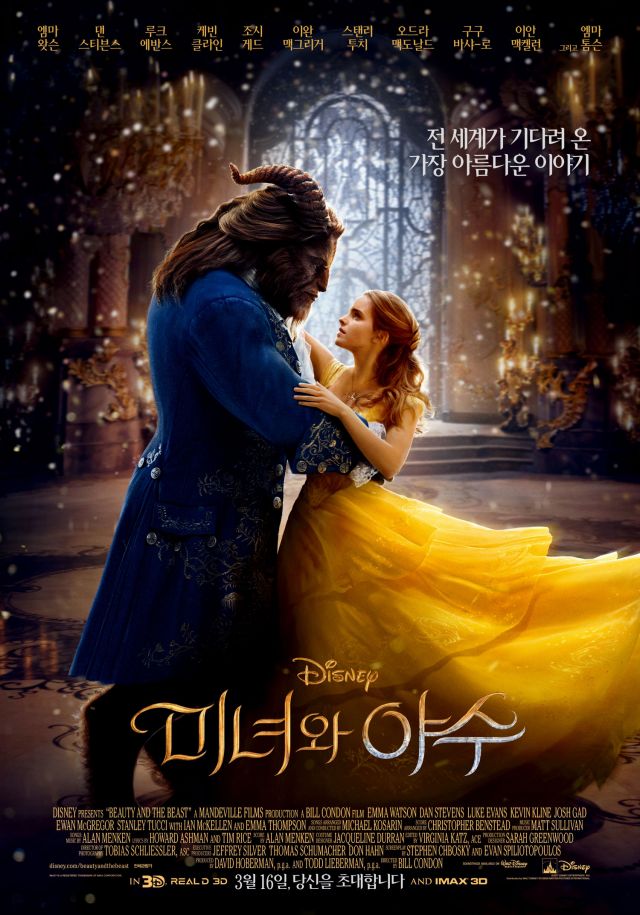 Foreign fairytale narrowly outplays "The Prison" for the top spot...

"Beauty and the Beast", Bill Condon's re-imagining of Disney's classic fairytale, fended off a flood of new entries last weekend to secure a second week at the top. Now in its third weekend, the film once again narrowly retained pole position by capturing 32.51% of the sales (650,185 admissions). That sum moves its bottom line in Korea now to over 4 million admissions ($30.1 million) and is currently the third highest-grossing film of the year behind "The King" (5.3 million) and "Confidential Assignment" (7.8 million). Worldwide, "Beauty and the Beast" is closing in on a billion dollars in sales: $876.3 million.

While the top two films remained unmoved, a new entry from America arrived to take "Ordinary Person"'s place on the podium. Based on the Japanese manga of the same name by Masamune Shirow, "Ghost in the Shell" is a live-action science fiction film starring Scarlett Johansson. Rupert Sanders's retelling was allocated 806 screens around the Korea and captured just over 20% of the sales (390,376 admissions) during its first weekend out. In America and elsewhere, however, the film has received heavy criticism; from the $110 million it took to produce, the film has only banked around $7.7 million.