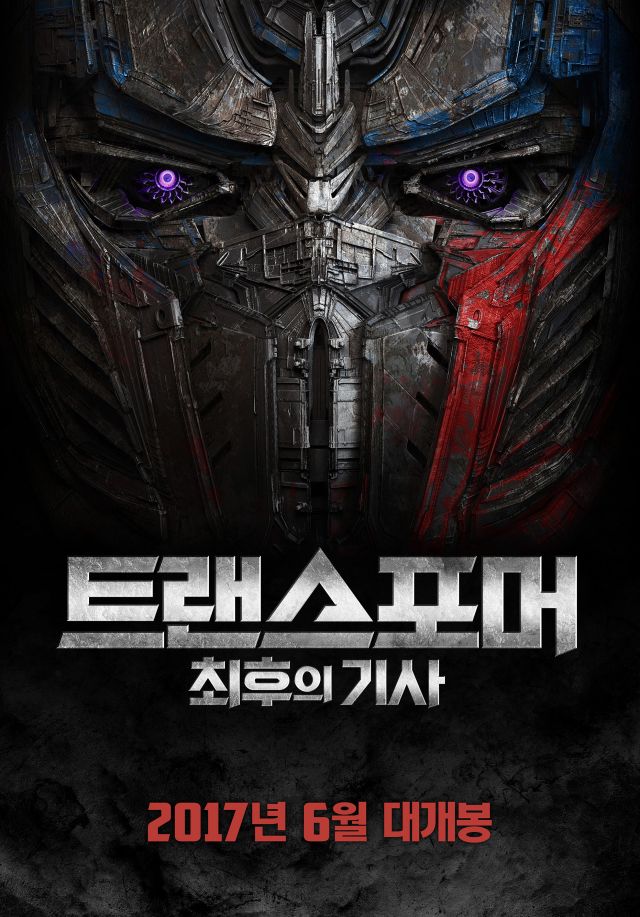 The fifth instalment in the "Transformers" series of films, "The Last Knight", arrived in Korea on Wednesday to a massive 1,727 screens. The film, reportedly Michael Bay's final Transformers film, however, only managed to attract 1.2 million admissions (64.13%), or $12.86 million, which was enough to dislodge Alex Kurtzman's "The Mummy" at the top. Critics have largely slammed Bay's latest, and so far it has grossed just $265.3 million worldwide; the film was produced for $217 million and is expected to reach around $400 million. That would make it the lowest-grossing film in the series by some margin.

"The Villainess", Jung Byung-gil's third feature film, fell one place to fourth during this, its third weekend out. Jung's action thriller captured 4.76% of the box office pie from 463 screens (down from 629), growing its total tally to 1.12 million ($8 million). Far behind in fifth enter "The Circle", an American techno-thriller based Dave Eggers' novel of the same name. "The Circle" earned 38,652 admissions (1.97%) from 169 screens and was followed by Lee Chang-jae's documentary about the former president Roh Moo-hyun, "Our President". Lee's 109-minute true story (now in its fourth weekend out) moved its ticket count to 1.79 million admissions ($12.4 million). "Our President" is also the highest-grossing nonfiction film of the year so far.

The critically acclaimed "Wonder Woman"-directed by Patty Jenkins and starring Gal Gadot-has been flying high on the international cinema circuit since its release Shanghai in May. With a production budget of $149 million, DC Comics' "Wonder Woman" has made over $650 million worldwide. In Korea, it has banked a modest 2.1 million admissions ($15.1 million), 23,490 of which came from this past weekend.