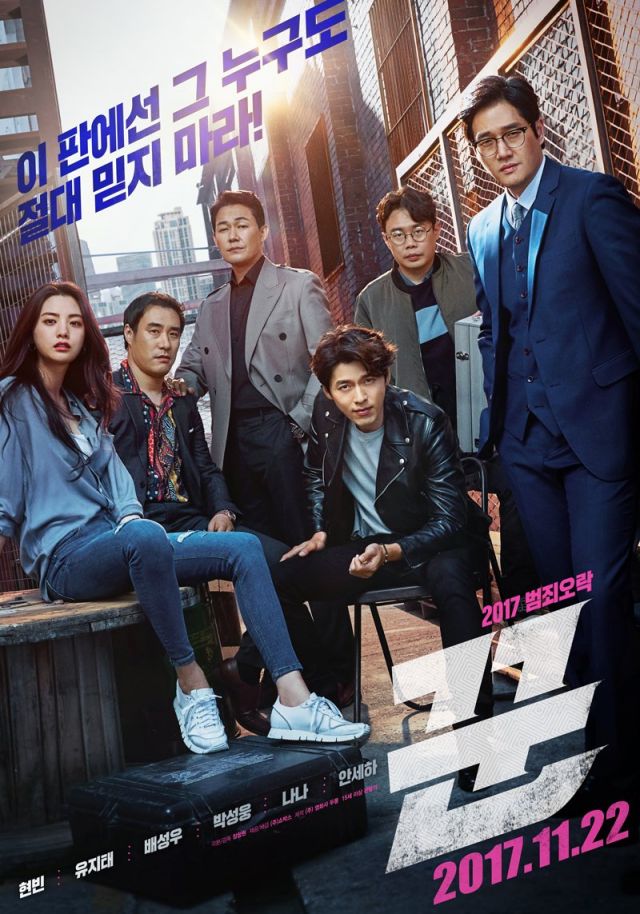 Last weekend Zack Snyder's "Justice League" entered the fray in first place with 822,135 admissions from 1,308 screens. With a production budget of an estimated $300 million, the film is the most expensive superhero film of all time and tied second overall. The film has not performed well in America, however, and it's quickly falling out of favour with Korean audiences. "Justice League" added another 257,213 admissions (13.3%) from 747 screens and moved its bottom line in Korea now to $12.3 million (1.6 million admissions). Worldwide, "Justice League" has grossed just under $500 million.

The American slasher hit "Happy Death" by director Christopher B. Landon fell one place to third with 145,079 admissions (7.34%), moving its total tally to 1.3 million ($9.6 million), followed by the latest film in the Marvel Cinematic Universe, "Thor: Ragnarok". With $790 million in the bank, Taika Waititi's take on the popular Marvel character is the ninth highest-grossing film of the year worldwide. In Korea, since its release late October, "Thor: Ragnarok" has claimed 4.7 million admissions ($35.3 million) with 98,487 (5%) coming from this past weekend.

"Loving Vincent", a biographical drama about the life and death of the famous Dutch painter Vincent van Gogh, climbed up the chart this week, its third. From 201 screens around Korea, the same amount it had last weekend, and the lowest in this week's top ten, "Loving Vincent" claimed 48,681 admissions (2.56%). Sixth place with to the German animation "Rabbit School: Guardians of the golden egg" with 29,655 admissions (1.38%), followed by the local sleeper hit "The Outlaws" (starring Ma Dong-seok and Yoon Kye-sang) by Kang Yoon-Sung. "The Outlaws" is currently the fourth highest-grossing film of the year with 6.8 million admissions ($51.6 million), just 23,242 (1.25%) of which came from this past weekend. Currently, the top three films in Korea this year are "Spider-Man: Homecoming" ($54.4 million), "Confidential Assignment" (7.8 million), and "A Taxi Driver" (12.1 million).