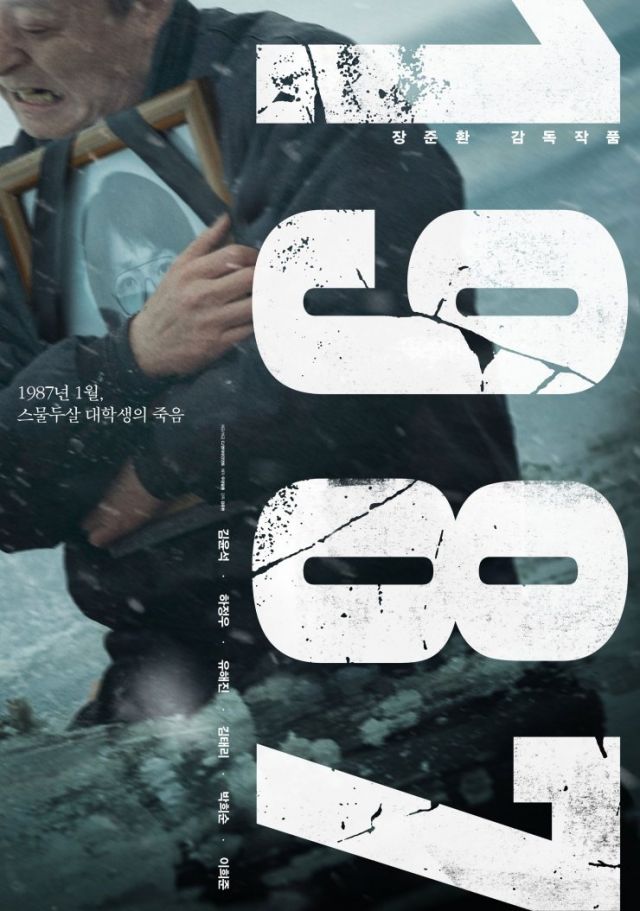 "Along With the Gods: The Two Worlds", Kim Yong-hwa's adaptation of the first half of Joo Ho-min's webcomic "Singwa Hamgge", is now the fifth highest-grossing Korean film of all time. Last weekend Kim's fifth film surpassed 10 million admissions, and with the 742,417 admissions (23.69%) it claimed over this past weekend, the film has now overtaken "The Thieves"'s $87.9 million. Since its release five days before Christmas, "Along With the Gods: The Two Worlds" has accrued 12.8 million admissions or $96.9 million.

The second weekend of the year was not lead by Kim's fun fantasy flick, however. Jang Joon-hwan's historical drama "1987: When the Day Comes" has been in second for the past two weekends, but here Jang's drama managed to overtake "Along With the Gods: The Two Worlds" as the country's film of choice. From 1,110 screens (roughly the same number as last weekend), "1987" was once again able to amass over a million admissions (33%); its admission count is now 5.7 million ($43.7 million). "1987: When the Day Comes" is Jang Joon-hwa's fourth film to date after "Hwayi : A Monster Boy", "Camellia", and the sci-fi cult hit, "Save the Green Planet".

The highest new entry was up next. Pixar's latest 3D animation "Coco" by director Lee Unkrich hit local screens last Thursday and came close to forcing Kim's adaptation to double down. "Coco" scored 730,900 admissions (23.14%) during its opening weekend in Korea; worldwide, since its release in America late November, and from a production budget of around $200 million, the film has grossed $592.7 million. "Jumanji: Welcome to the Jungle", now in its second weekend out, followed in fourth with 326,226 (10.37%).

"Downsizing" is an American sci-fi comedy-drama starring Matt Damon that had its premiere at the 74th Venice International Film Festival last August. The film was also nominated for Best Supporting Actress (Hong Chau) at the Golden Globes. "Downsizing" has not performed well at the box office in America: costing $68 million to produce, it has only made back $27.3 million. In Korea, its first weekend out yielded $729,587 (91,451 admissions) from 506 screens around the country. With close to 30,000 less, "The Greatest Showman" (High Jackman), Michael Gracey's directorial debut, managed to remain unmoved in sixth. With the 62,449 admissions (2.06%) Michael's period musical mustered, the film's bottom line in Korea moves to $9.3 million (1.2 million admissions).

"Ferdinand" fell three places to seventh with 53,756 (1.53%), followed by the last local film in the mix, Yang Woo-seok's "Steel Rain" starring Jung Woo-sung and Kwak Do-won. Yang's 139-minute war drama has been active in the top ten since mid-December; with the 30,556 admissions it claimed here, its fifth weekend, "Steel Rain" has now earned $33.2 million from 4.4 million admissions. "Wonder", based on Raquel Jaramillo's children's novel of the same name, fell two places to ninth with 14,948 (0.48%), and the final place was claimed by the Japanese animated romantic drama, "Fireworks, Should We See It from the Side or the Bottom?" with 13,439 admissions (0.41%).