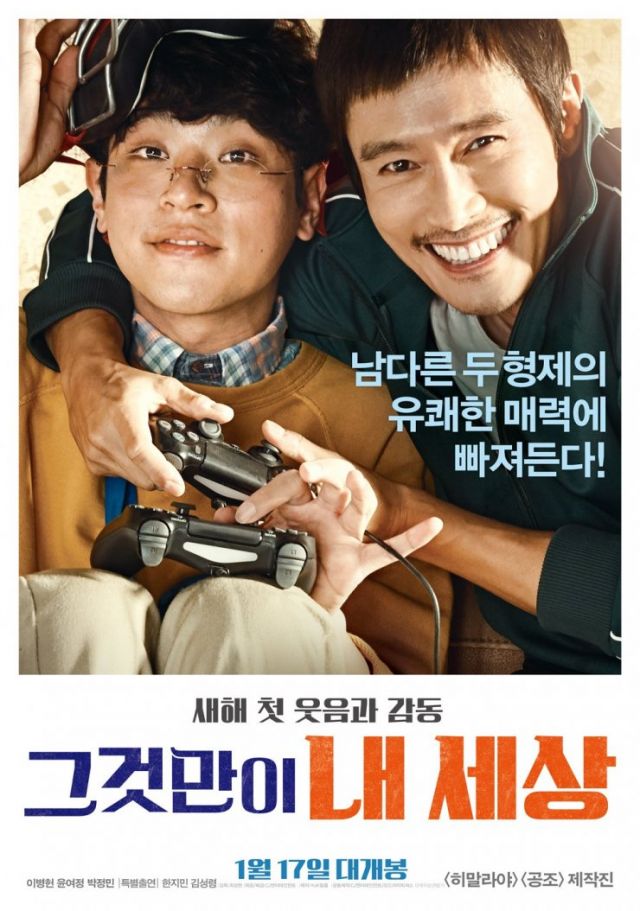 "Keys to the Heart" leads and "Along With the Gods: The Two Worlds" becomes the second-highest grossing Korean film of all time...

Choi Seong-hyeon's comedy-drama "Keys to the Heart" claimed just 20,000 admissions more than its second-place finish last weekend, but it was enough to secure first place. With 668,658 admissions (29.14%), Choi's debut about a down-and-out boxer (Lee Byung-hun) and his relationship with his estranged savant brother (Park Jung-min) outperformed the final "Maze Runner" and the Oscar-nominated "Coco" during its second week out. "Keys to the Heart" has now grossed $15.1 million from 1.9 million admissions, the fifth highest-grossing film of 2018 so far.

Pixar's "Coco" - along with "Loving Vincent", "Ferdinand", "The Breadwinner" and "The Boss baby" - will be competing for the Oscar for Best Animated Feature in March. This 3D computer-animated feature was produced for between $175 and $200 million and has so far earned $679.3 million at the box office worldwide; in Korea, since its release mid-January, "Coco" has grossed $19 million, $3.6 million of which came from this past weekend from 482,775 admissions (20.19%).

Last weekend's number one, the third and final chapter in the popular young dystopian "Maze Runner" series, "Maze Runner: The Death Cure", fell two places to third with 359,431 admissions (15.85%) from 771 screens (down from 1,090). Korea was the first country to screen director Wes Ball's final film in the series, as it was only just released in America this past Friday. "The Death Cure" was followed by Korea's second highest-grossing film of all time: Kim Yong-hwa's "Along With the Gods: The Two Worlds" starring Ha Jung-woo, Cha Tae-hyun, Ju Ji-hoon and Kim Hyang-gi.

With the 185,915 admissions (9.96%) Kim's feature claimed over its sixth weekend out, "Along With the Gods: The Two Worlds"'s total tally now moves onto 13.9 million ($105 million). Although "Ode to My Father" acquired more admissions (14.2 million: $104 million), due to a difference in ticket pricing, Kim's new film is now technical only behind "The Admiral: Roaring Currents" (17.6 million admissions: $127.2 million) in the list of Korea's highest-grossing films. Up next in fifth, and down one place, was Jang Joon-hwan's timely drama about student activist Park Jong-cheol, "1987: When the Day Comes" starring Kim Yun-seok, Ha Jung-woo, Yoo Hae-jin and Kim Tae-ri. Jang's 129-minute drama fell one place and added 185,915 admissions to its cause, bringing its bottom line now to $53 million (7 million admissions).

The highest new entry, "The Commuter" (Liam Neeson), an action thriller by director Jaume Collet-Serra, entered in sixth to 574 screens and from them managed 6.5% of the sales (149,653 admissions). Hong Ki-seon's sophomore film "The Discloser" (aka "Top Secret") also entered the fray on Wednesday and attracted 108,435 admissions (4.67%). (Hong's debut film was also a crime thriller; "The Case of Itaewon Homicide" was released back in 2009 and claimed 534,939 admissions.)