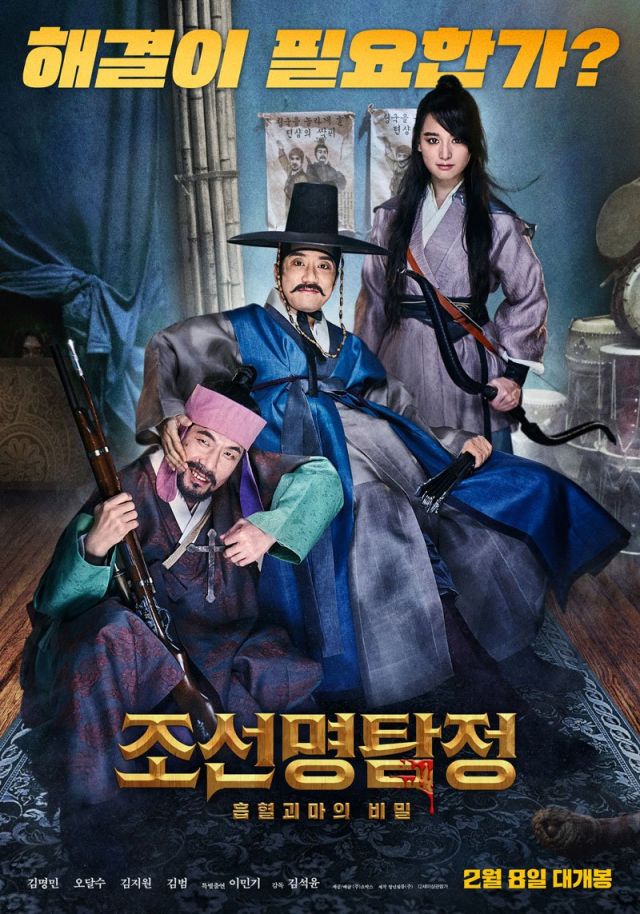 Director/screenwriter Choi Seong-hyeon's sophomore film, the drama "Keys to the Heart" (with Lee Byung-hun, Youn Yuh-jung and Park Jung-min), remained unmoved in second place during its fourth weekend. With 221,333 admissions (13.81%), "Keys to the Heart"'s total tally now stands at 3.2 million, or $23.7 million: currently the fourth highest-grossing film of the year behind Pixar's "Coco". The Oscar-nominated 3D animation "Coco", which was released just a week before Choi's latest, has already banked over $700 million worldwide; in Korea, and with the 150,318 admissions it earned this past weekend, "Coco" now has amassed 3.2 million admissions ($23.8 million).

The highest new foreign entry was "Paddington 2", the sequel to the popular 2014 film based on Michael Bond's iconic British character, Paddington Bear. The film was released in the UK and France late last year, but only recently arrived in Korea. "Paddington 2" was allocated 627 screens around the country and found 104,762 admissions (6.08%) in support. The film cost around $40 million and has so far grossed fives times that amount internationally. Not far behind Britain's favourite bear was the second highest-grossing Korea film for all time: Kim Yong-hwa's epic fantasy drama, "Along With the Gods: The Two Worlds".

Released a few days before Christmas, "Along With the Gods: The Two Worlds", the first of two films based on Joo Ho-min's webcomic, has become a smash hit with local filmgoers. Now in its eighth weekend, Kim's latest has accumulated an incredible 14.3 million admissions ($105 million), just 71,708 of which came from this past weekend. The film recently overtook "Ode to My Father" ($101 million: 14.2 million admissions) in the list of the country's top local box office performers, but it is unlikely that it will surpass Korea's current number one, "The Admiral: Roaring Currents", on $124.4 million (17.6 million admissions).

Adam Robitel's "Insidious: The Last Key", the fourth film in the series, fell two places to sixth with 65,819 admissions (4.08%), followed by the American war drama "12 Strong", which remained unmoved in seventh with 33.609 (2.15%). The popular American dystopian sci-fi action film "Maze Runner: The Death Cure", the third and final instalment in the series, moved two spots to eighth, earning 30,631 admissions from 212 screens and bringing its total in Korea now to 2.2 million ($17.2 million).

Yeon Sang-ho's second live-action feature, "Psychokinesis" (a comedy starring Ryu Seung-ryong), fell sharply out of favour during only its second weekend out. Last weekend the film entered in first place with 24.19% of the sales (471,765 admissions) but tumbled nearly off the chart here. From 498 screens, down from 1,051, "Psychokinesis" managed just add an additional 27,043 admissions (1.66%), bringing its total to just under a million ($6.7 million).

The final place went to Jackie Chan's new action film, "The Foreigner", by director Martin Campbell. Campbell's film is an adaptation of Stephen Leather's 1992 novel "The Chairman" and was released in China and the United States late last year. In Korea, the film was given 155 screens during its opening weekend and earned 17.6 admissions.