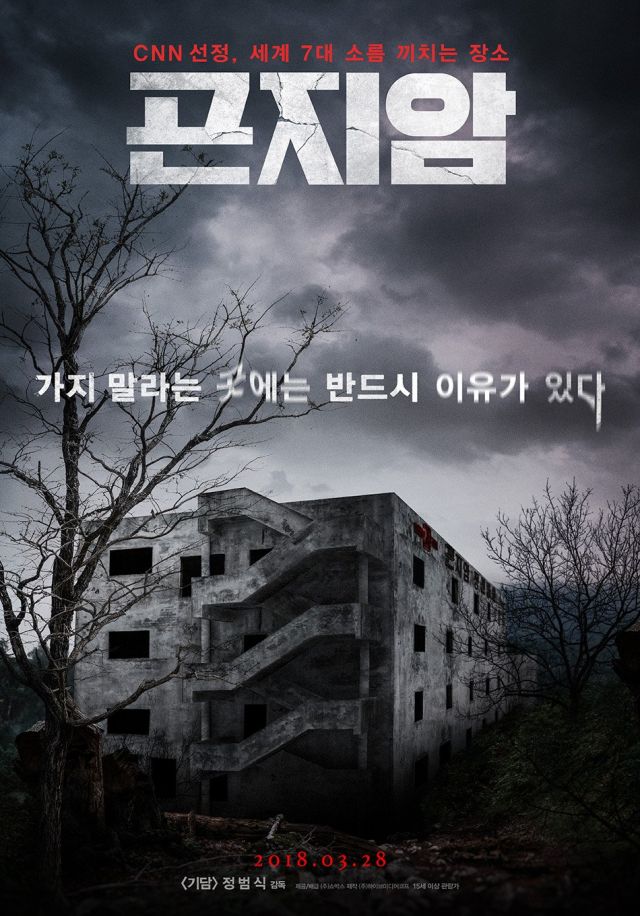 "Gonjiam" rises and outplays "Ready Player One" over Easter weekend...

Jeong Beom-sik's "Gonjiam: Haunted Asylum" enjoyed a successful limited release last weekend (fifth with 54,780 admissions) and has risen to the top of the chart following its official released last Wednesday. From 1,124 screens around the country, "Gonjiam", Jeong's second feature-length film as the sole director after "Casa Amor, Exclusive for Ladies" (2015), earned 39.62% of the sales, or 983,045 admissions ($7.6 million). The local horror/mystery managed to outplay Steven Spielberg's action-packed adaptation "Ready Player One".

Based on the popular sci-fi novel of by Ernest Cline, "Ready Player One" (2011) is a nostalgic, geek-driven 80s adventure set in a dystopian future where the deceased creator of the world's foremost virtual reality simulator has hidden an "Easter egg" that will grant its finder total control over the digital world. The film was produced (excluding marketing costs) for $175 million; since its released in America and elsewhere this past week, "Ready Player One" has already grossed $181.2 million. In Korea, and from 1,078 screens, the film's first weekend out yielded $6.3 million from 741,759 admissions (33%), moving its total tally now to just under a million ($8 million).

Last weekend's number two, Lee Jang-hoon-I debut "Be with You" starring So Ji-sub and Son Ye-jin, fell to third with 253,331 admissions ($1.9 million), followed by director Choo Chang-min's fifth film, the revenge thriller "Seven Years of Night" (based on Jeong You-jeong's original story and stars Ryu Seung-ryong and Jang Dong-gun). (Choo's filmography includes "Masquerade" and "Late Blossom".) "Seven Years of Night" entered in fourth with 232,675 admissions (9.55%) from 812 screens and marked the watershed in the weekend's top ten.

70,409 admissions (2.82%) was all the new "Pacific Rim" film could muster during its second weekend out in Korea. "Uprising", the sequel to the popular 2013 original, entered in first last weekend with 39.76% of the action (655,193 admissions), but sharply fell out of favour over the Easter weekend. The film's total gross in Korea now sits $8.3 million, just over a million admissions. The Oscar-winning coming-of-age drama "Call Me by Your Name" by Luca Guadagnino and the local animation "Mini Special" swapped places: Guadagnino's drama rose one place to sixth with 25,896 admissions (1.1%), while Lee Yeong-joon's "Mini Special" slipped to seventh with 25,288 (0.93%).