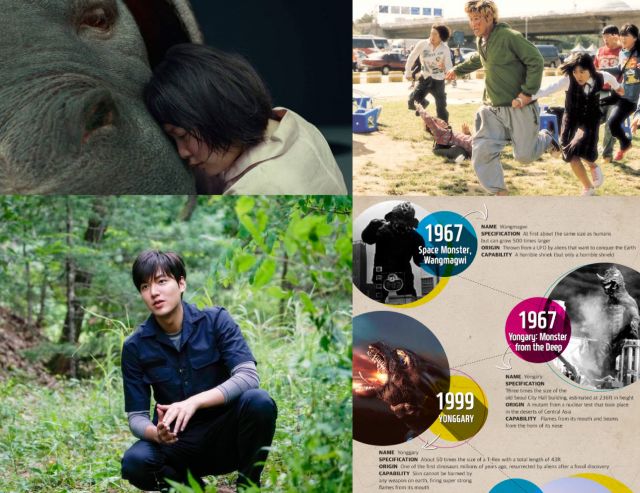 KoBiz visualises the history of giant monsters in one towering infographic, catch some of Bong's best on Netflix, Lee Min-ho explores the DMZ's wildlife for an MBC series, and what does "Okja" have against 'Big Meat'? 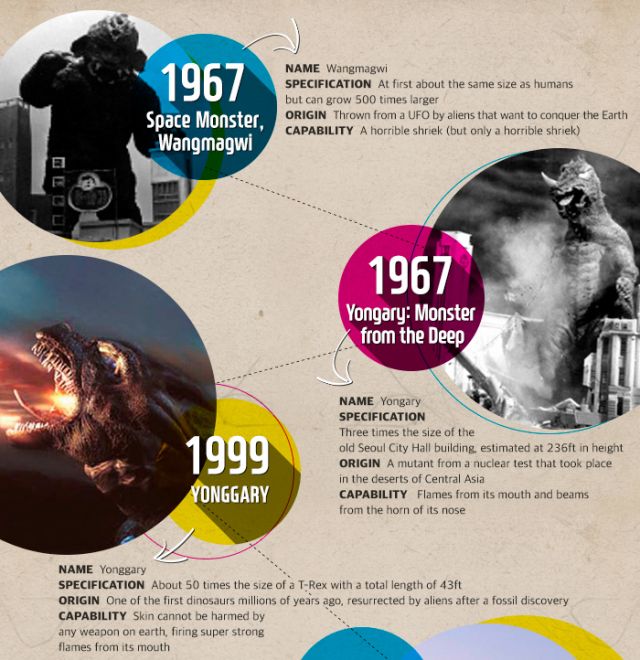 South Korea's cinematic love of giant monsters goes back, according to KoBiz's latest infographic, to 1967 with the large and loud "Wangmagwi". Now, fifty years on, we have "Okja": a pig-hippo hybrid whose "capabilities" include "destroying human's carnivorous appetites with its cuteness". Writer Cho Meanjune notes that monsters in Korean films were largely absent from the late 70s until 1999 when "YONGGARY" was resurrected/released. "In the 21st century, new Korean monster movies have managed to become blockbusters, some surpassing ten million viewers at the box office". 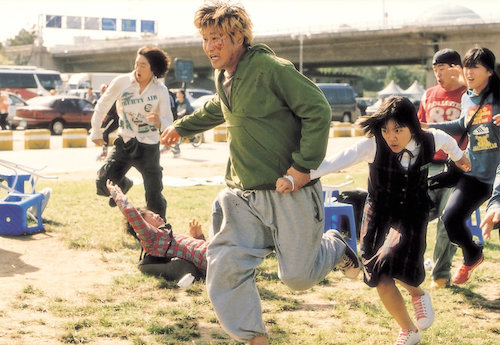 "It's a good time to track the progression of one of the world's most exciting and unpredictable filmmakers", writes Scott Tobias for the New York Times, referring to the five Bong-Joon-ho features that are currently available on Netflix in the USA. Despite the current controversy surrounding "Okja", Bong Joon-ho's second English-language film has been warmly received by international critics and cinephiles, as well as the relatively small number of locals who have been able to see the film on the big screen (which is currently showing at a very limited number cinema houses). If you'll allow for arguably his best film, "Memories of Murder" (2003), being absent, here are 4 other great films by Bong (including his debut) to stream at your pleasure-catch them if you can! 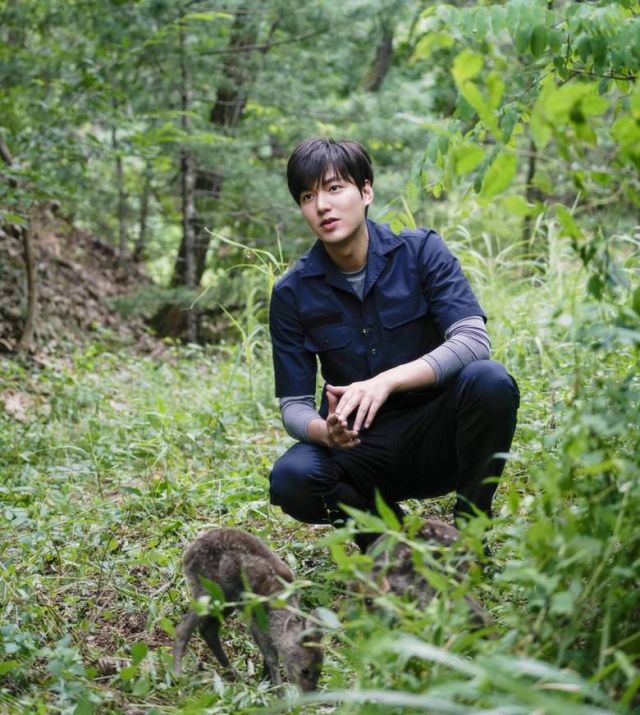 Movie and drama star Lee Min-ho spent one and a half years in the DMZ shooting wildlife for MBC TV's documentary series "DMZ, the Wild". A prologue, three episodes, and an epilogue have already been aired, and a photo exhibition will run at MBC's headquarters in Seoul until the end of August. "Lee Min-ho and the crew showed the wildlife in the DMZ including wild boars, mountain goats, snakes, deers and birds". 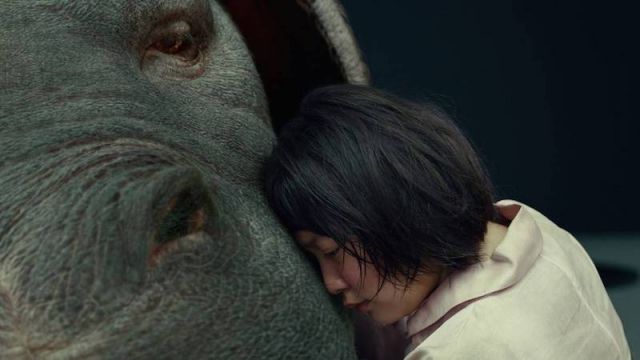 Is "Okja" a radical critique of 'Big Meat'? Jacob Oller writes that Park's strange new film-"a cross between The Iron Giant and Chicken Run if both were scarier, weirder, and more pointed"-may be one of the best activism films around: "The movie's so specific in its aim and generates such a consistent effect on its audience that PETA has a whole crowd-sourced article about the film".