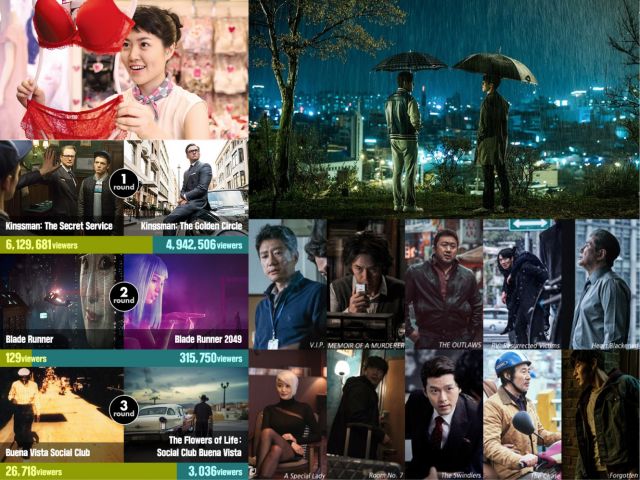 Korea's top entertainment companies expand their reach as local markets saturate, KoBiz tracks how foreign sequels fared compared to their originals in a new infographic, Netflix claims the distribution rights to Jang Hang-jun's new film "Forgotten", and find out what Korea's 'thriller season' is all about with Pierce Conran. 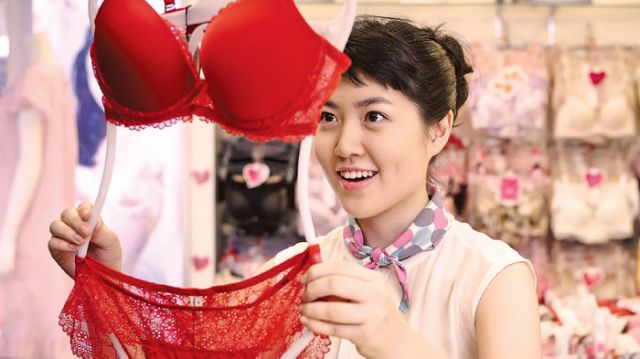 "Korea's Showbiz Giants Seek to Expand Outside the Country"

South Korea's domestic film market is saturated and its three leading entertainment companies -- CJ, Lotte, and Showbox -- are now expanding their reach into our territories. The trio, writes Sonia Kil, are "setting out to expand globally and dive deeper into international productions". In this feature, Kil looks at what new projects and buyers each of Korea's major entertainment companies are engaged in other territories and what international fans can expect from them in the near future. 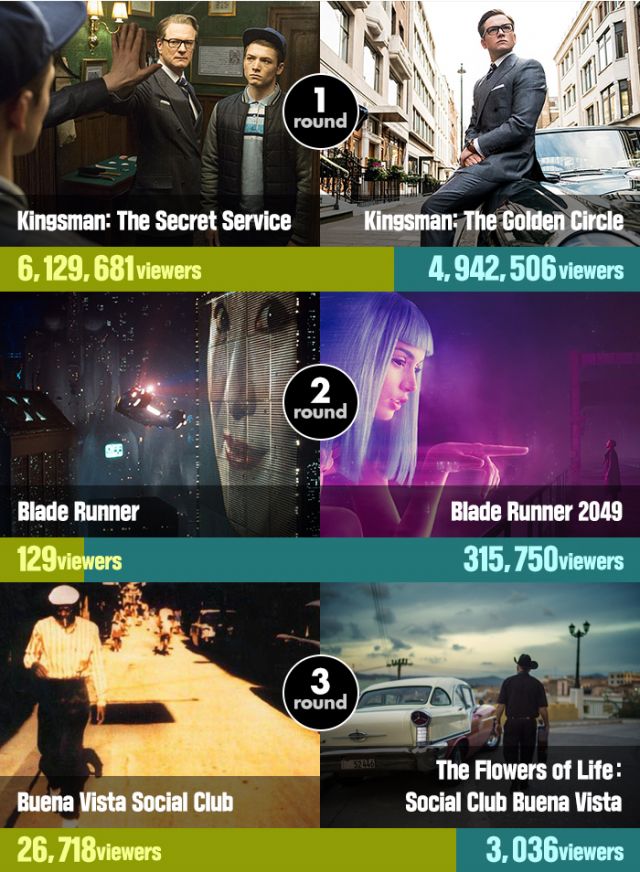 "My Rival is Myself!"

Did the new "Kingsman" outperform the original? How about "Blade Runner 2049", or "The Flowers of Life : Social Club Buena Vista" ["Buena Vista Social Club: Adios"]? In this short infographic on KoBiz, Hwang Hee-yun considers three recently released sequels and compares them to their originals to find out which was more popular in Korea. "When a movie manages to become a box office or critical success, a sequel film is planned". What sequels do you think are better than their original? Share them with us in the comment section below... 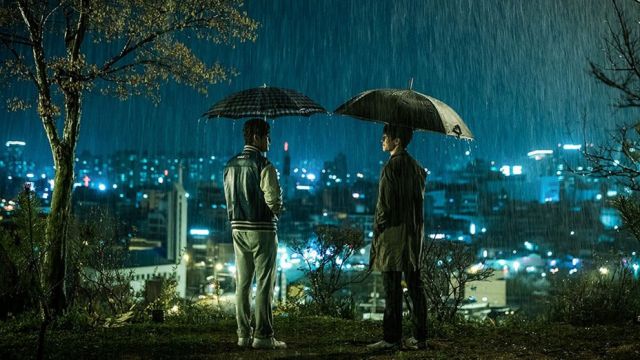 Director Jang Hang-jun's fifth film "Forgotten" (also known as "Recall the Night") has been picked up by the American streaming giant Netflix and will now be screened in 190 countries. "[T]he sophisticated storyline strongly appealed [to Netflix]. We have high expectations that this Korean-style mystery chase thriller will be much loved by audiences not only in Korea but also around the world", said the film's producer, Kang Won-seok. The film stars Kang Ha-neul and Kim Moo-yul in a story about a man who unexpectedly returns after being kidnapped with no memory of his experience. 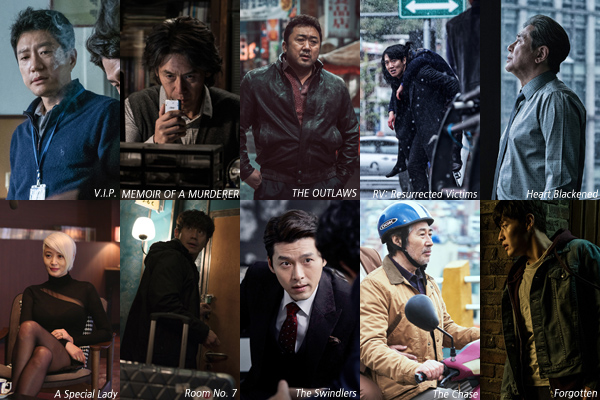 Film journalist, critic and producer Pierce Conran reviews Korea's busiest 'thriller season' since roughly 2010. Pierce notes that while thrillers have been popular in Korea for around twenty years now, over the past seven years they have been released in close proximity to each other, leading to the so-called 'thriller season' (late August to the end of November). "[T]he flow of time and circumstance has turned the fall season into the least risky time to release a thriller", writes Pierce.