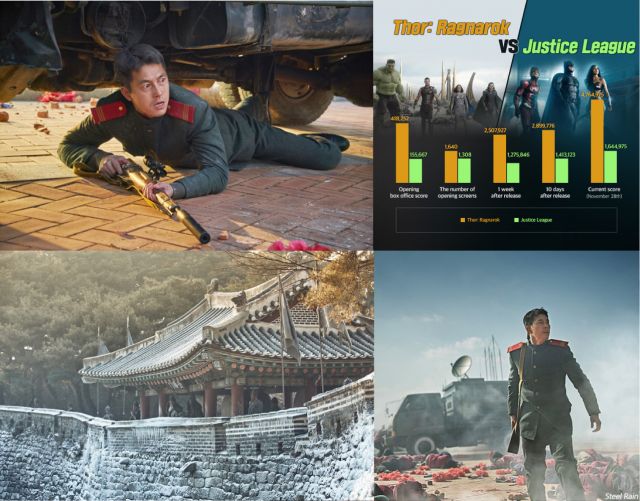 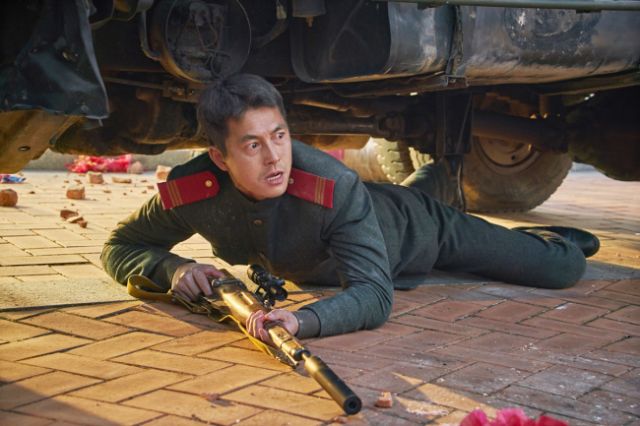 "The Merciless", "Bluebeard", and "Memoir of a Murderer" are just some of the thrillers that have hit Korean screens this year; Korea's box office in 2017, Rumy Doo notes, has once again put male characters in the spotlight in its popular dark thrillers. The thriller genre, especially the psychological variety, has become a regular and favoured feature of modern Korean cinema over the past two decades, but "It seems Korean cinema will continue in its streak of male-dominated thrillers, period pieces and crime flicks in 2018". 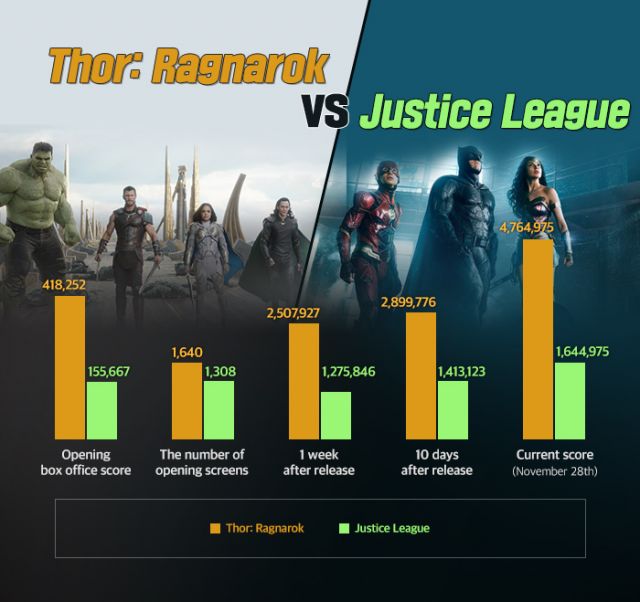 Foreign superhero films have done smashingly well in Korea this year. Back in July, "Spider-Man: Homecoming" became the most successful foreign film of the year when it ended its run with $54.4 million in the bank (7.2 million admissions), and, more recently, "Thor: Ragnarok" is in tenth with $35.7 million (4.7 million admissions). That's great for Marvel Studios, but what about the new DC film, "Justice League"? This new infographic on KoBiz compares Marvel's "Thor: Ragnarok" to DC"s "Justice League" to see how the two films fared in Korea. "Though the latest battle between Marvel vs DC hasn't ended, the winner is expected to be ..." 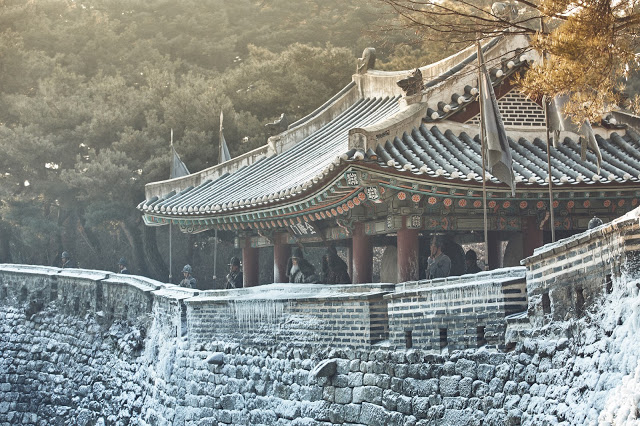 "[REVIEW] "The Fortress", Sublime Political Allegory Closes Its Doors to the Uninitiated" 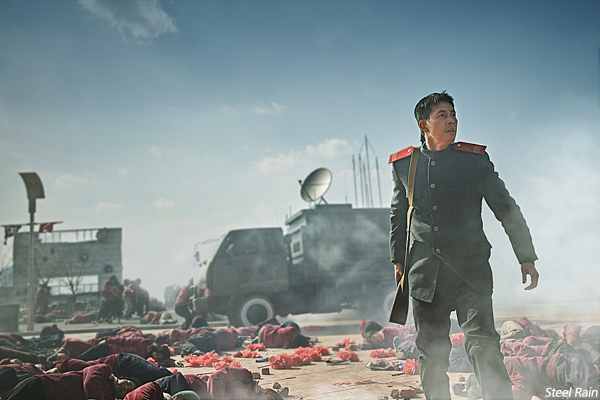 KoBiz's Christopher Weatherspoon previews some of the hottest films set for release this month for KoBiz. "This December, Korean audiences will be welcomed by the domestic releases of 4 hotly anticipated films". These include Jang Hang-jin's mystery thriller "Forgotten"; the action war drama "Steel Rain" by Yang Woo-seok; Jang Joon-hwan's fourth film "1987: When the Day Comes", and Yang Woo-seok's fantasy flick "Along With the Gods: The Two Worlds". What films are you looking forward to this December? Let us know in the comment section below...