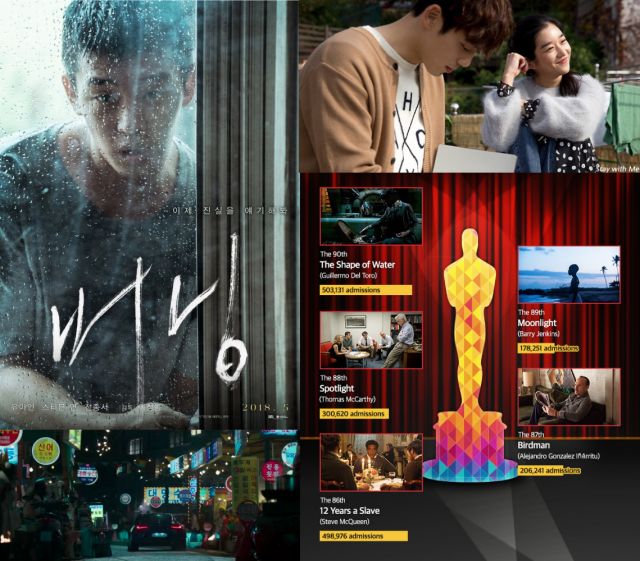 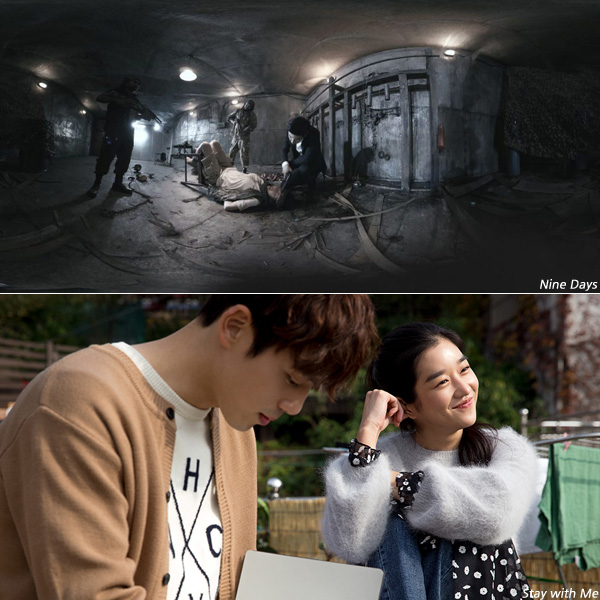 "VR Cinema to Take its First Step into Theaters"

"The age where VR films are screened in theaters has begun", writes Song Soon-jin on KoBiz. And "the Korean movie theater industry has wasted no time to join this trend". In this feature, Song contextualises this new technological disruption and looks at the strategies of two Korean companies (Lotte Cinema and CGV) who are "spearheading the new VR Cinema age". Watch this space...

"Black Panther" has become one of Marvel's greatest hits; since its release mid-February, the film has gone on to gross over $1.3 billion, making it the tenth highest-grossing film of all time. The film featured a big chase in Busan, South Korea, adding yet another Asian location for a Hollywood chase scene. But how well have films like "Black Panther", James Bond and other western blockbusters captured Asian culture and its people? Some believe what was shown off of Korea did not, in fact, reflect the country very well; the casino scene, for example, is set in a space that is not open to Koreans, and what was revealed of Korea's biggest coastal city was generic. 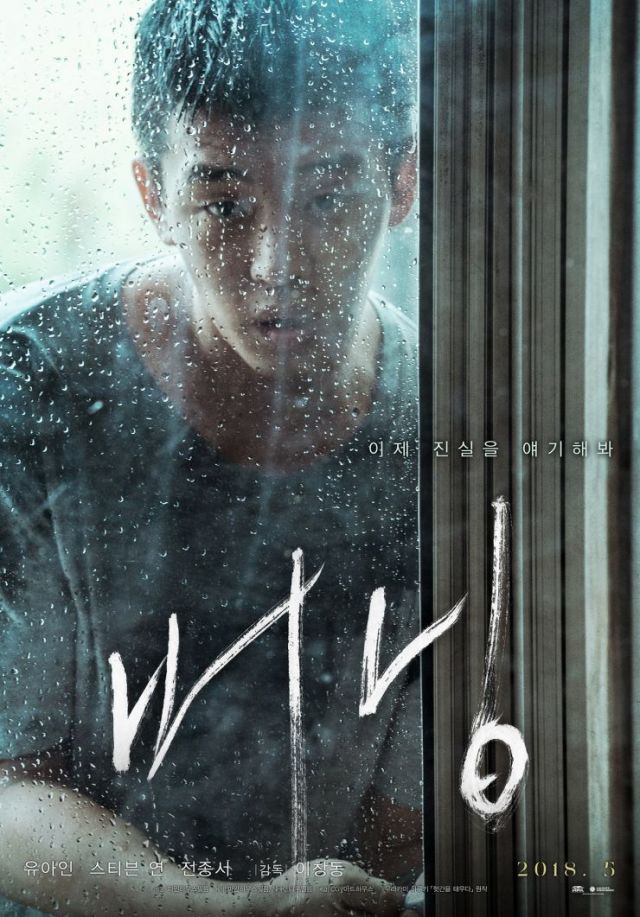 Director Lee Chang-dong doesn't have a massive filmography, but with Lee, it's quality over quantity. Lee made his debut back in 1997 with "Green Fish" and two years later he released "Peppermint Candy", an iconic film that - like much of Lee's work - intersected with modern Korean culture in a fascinating and beautiful way. Since then, Lee (who was born in 1954) has directed only three other films: "Oasis", "Secret Sunshine" and "Poetry". However, his new film, "Burning" (a mystery thriller starring Yoo Ah-in, Jun Jong-seo and Steven Yeun from "The Walking Dead") is set for release next month. "It's a story of young people in the world nowadays. When young people look at the world thinking about the world or their lives and wonder if it's a mystery that can't be understood ― I can say the movie is made with such an intention", said Lee two years ago at BIFF. 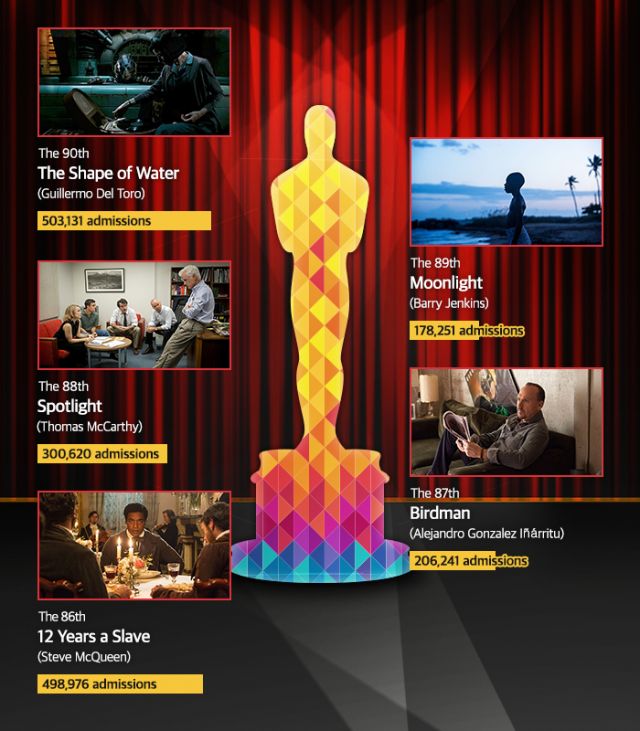 "The Power of Oscars"

The Oscars have come and gone, but how have the Best Picture winners faired in the Land of the Morning Calm? In this new infographic, KoBiz charts the success of the winning films from the past five years: "The Shape of Water", "Moonlight", " Spotlight ", "Birdman", and "12 Years a Slave". Perhaps surprisingly, none of these award-winning films have scored over a million admissions at the Korean box office; "This year's Best Picture winner 'The Shape of Water' did not fare much better..."