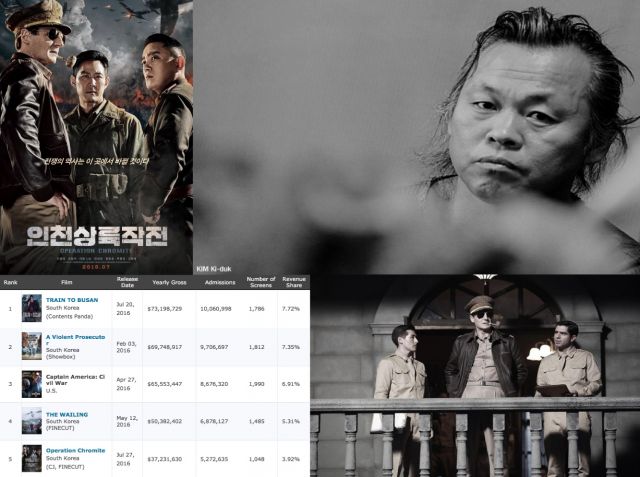 Kim Ki-duk takes on God and war in his first Chinese-language film, Jason Bechervaise reviews John H. Lee's "Operation Chromite" for Screen Daily, The Hollywood Reporter gives us some context for Lee's latest wartime blockbuster, and find out what films have grossed the most this year with KOBIZ. 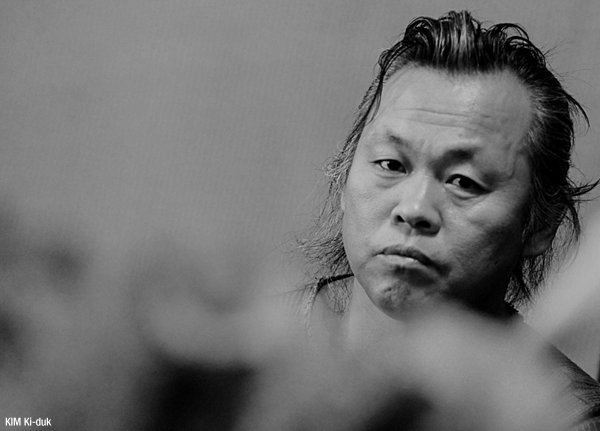 Kim Ki-duk's next project ("Who Is God?") sounds absolutely fascinating, it will also be Kim's most expensive production as well as his first Chinese-language film. Kim is one of modern Korean cinema's most influential and hard-hitting filmmakers whose work is intelligently designed to challenge main streams; he pushes back against social boundaries and reveals devilish details of human nature through his mindful cinematic form and harrowing stories. According to Kim, his new project is about the "conflict of faith", and the story itself will be "richly interwoven with philosophy and Buddhist allegory". 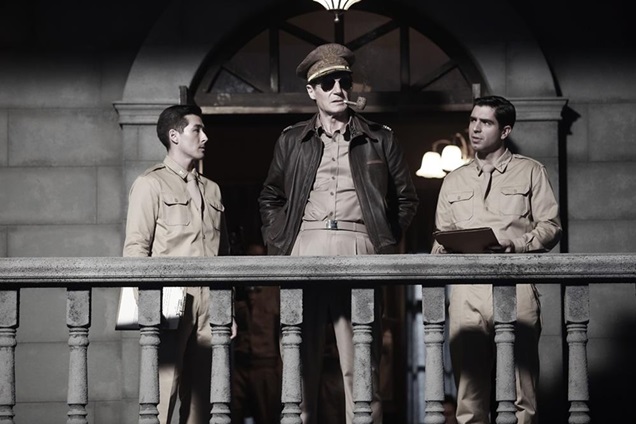 South Korean film critic Jason Bechervaise reviews John H. Lee's wartime blockbuster, "Operation Chromite". The film stars Lee Jung-jae, Lee Beom-soo, Jin Se-yeon, and Liam Neeson as General MacArthur himself. Jason was not impressed with Neeson's performance ("[He] appears to have difficulties embracing his role and thus comes across as stiff, wooden and below-par"), and instead highlights Jin Se-yeon's relatively small role as a nurse as one of the most impressive in the film. If you've already seen Lee's latest, let us know what you thought of it in the comment section below... 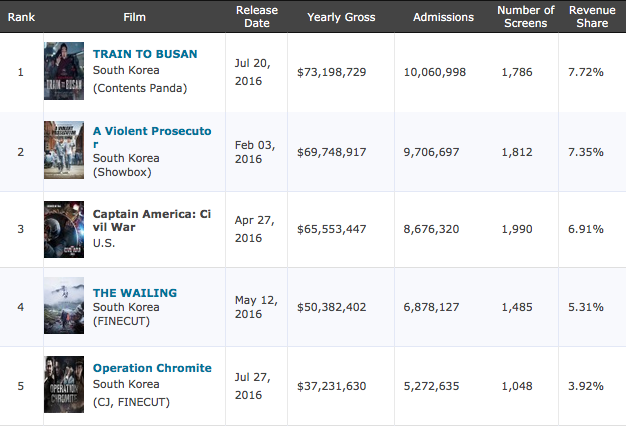 If you're curious about what films have been making waves in South Korea his year, KOBIZ's has accessible statistics online that are easy to navigate and updated regularly. Did you know, for example, that "Train to Busan" is the highest grossing film (over $76 million); there are only four foreign films in the top ten so far ("Civil War", "Zootopia", "Kung Fu Panda 3" and "Deadpool"); and "Spirits' Homecoming" made $7.5 million more that "Batman v Superman"? 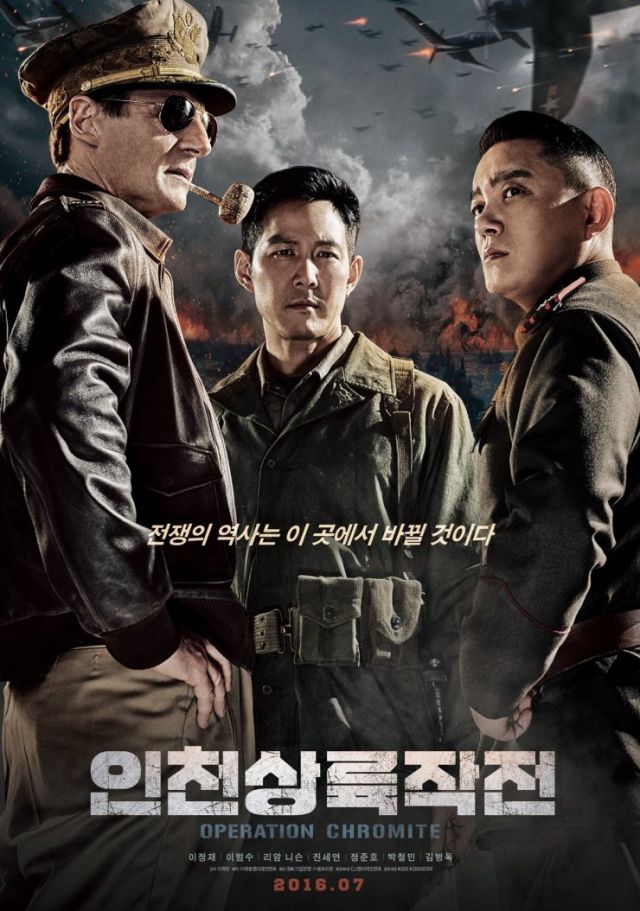 Here's an informative piece by Lee Hyo-won that provides some digestible context for John H. Lee's new film, "Operation Chromite": "Liam Neeson plays the role of General Douglas MacArthur, who was the think tank behind the operation. During his recent Seoul tour, the actor explained how the war hero had 'this crazy idea to land 75,000 troops in the port of Incheon, which is as wide as this [hotel ballroom].'" The more you know, the better it gets.