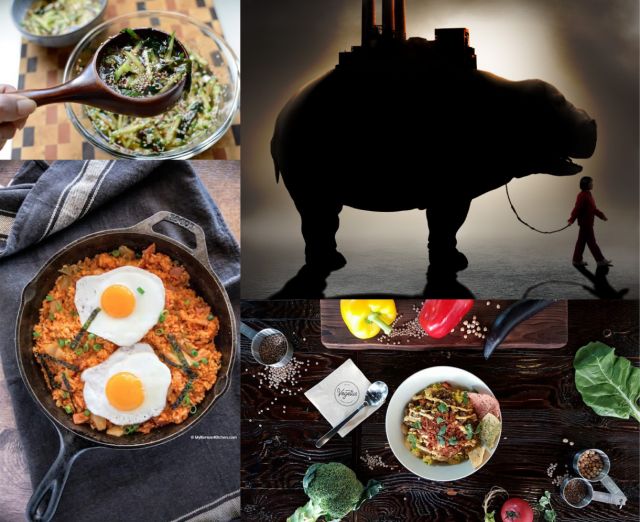 Bong Joon-ho's "Okja" helps to raise consciousness about the suffering of animals, create kimchi fried rice with My Korean Kitchen, Holly has a cold seaweed and cucumber soup to enjoy before the end of summer, and 10 Magazine finds 10 new (and delicious) restaurants in the capital, Seoul. 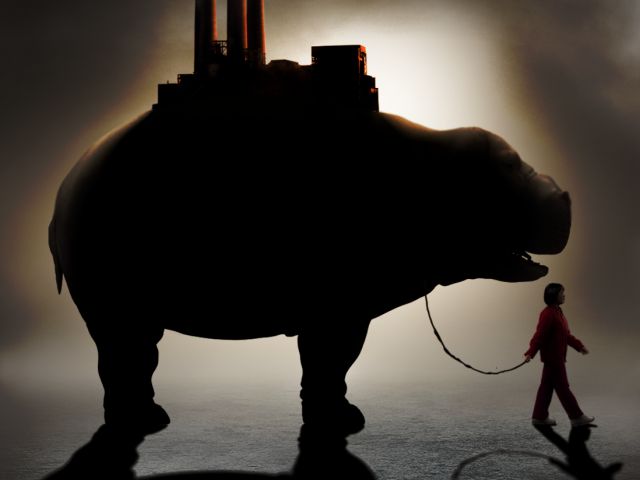 "This Netflix Super Pig could shake up the American food chain"

According to Katie Kalmusky, Bong Joon-ho's 2017 fantasy feature "Okja" (starring Tilda Swinton, Paul Dano, Jake Gyllenhaal and the young Ahn Seo-hyun) "teaches important lessons about consumerism, heart and sustainability". The film was given a limited release in Korea due to an ongoing distribution disagreement and attracted 267,841 admissions in July. The film is also Bong's second international English-language film. In this special report on the National Observer, Kalmusky suggests that the film helped raise awareness on pain humans inflict on other conscious creatures: "This makes the film a supremely effective way to discuss society's over-indulgence in meat, the necessity of factory farms, and the roles large corporations play in creating and maintaining these enormous operations".

...READ ON THE NATIONAL OBSERVER 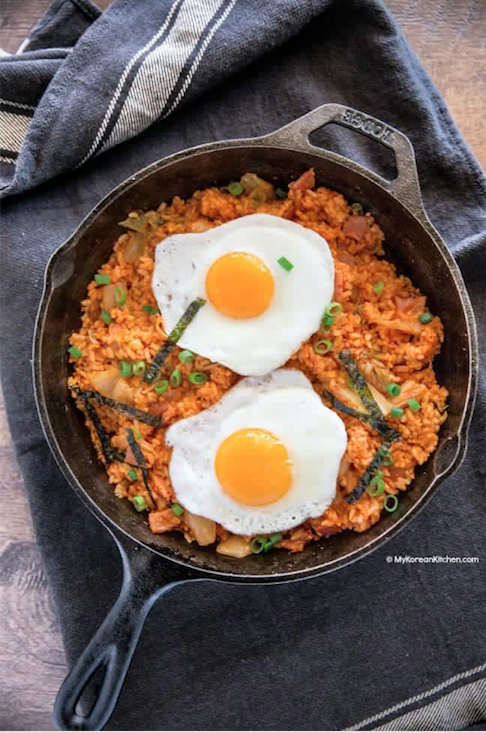 If you follow My Korean Kitchen you'll know that Sue regularly updates her website with great recipes and tips to help foreigners explore the delicious (and so often nutritious) world of Korean cuisine. In this recent post, Sue shows us how to make a simple local favourite that can be whipped up in no time. This kimchi fried rice (Kimchi Bokkeumbap, 김치 볶음밥), however, contains bacon and enoki mushrooms; the former "gives a nice smoky flavour" and the mushrooms "give a nice crunchy feel to the dish". Total time: just 15 minutes.

...READ ON MY KOREAN KITCHEN 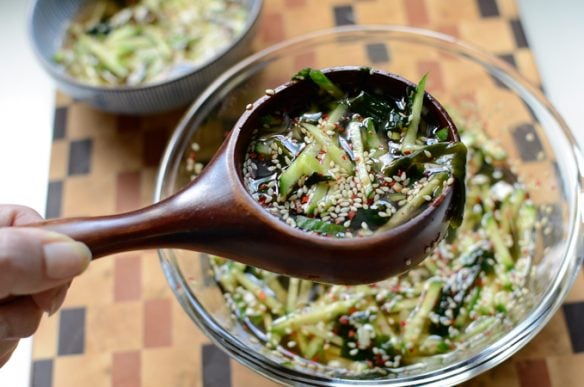 Holly's latest is a typical summer dish that's "cool and refreshing". Like Sue's recipe for kimchi fried rice, this one will take just 15 minutes from start to finish. "This Korean cold seaweed cucumber soup can cool down the summer heat at the end of the day with your meal", says Holly. Along with Holly's simple and clear instructions, there are also a number of sharp photographs to help guide and inspire you. Make it while it's still hot!

...READ ON BEYOND KIMCHEE 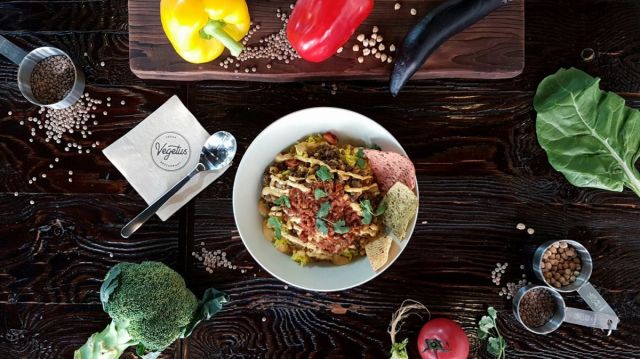 If you're in Seoul and looking for something new and exciting in the capital, 10 Magazine's Xara Brianna has you covered with her list of ten new restaurants to try. "Good food in Seoul isn't hard to find, but with so many new places popping up, the great ones can easily get lost in the crowd". There's the Bun Cha Ra Boom and Punto 9 in Itaewon, for example, or, if you're a vegan, Sinheung's Vegetus. Click on through to see what other new restaurants Xara has spied for your K-dining pleasure...