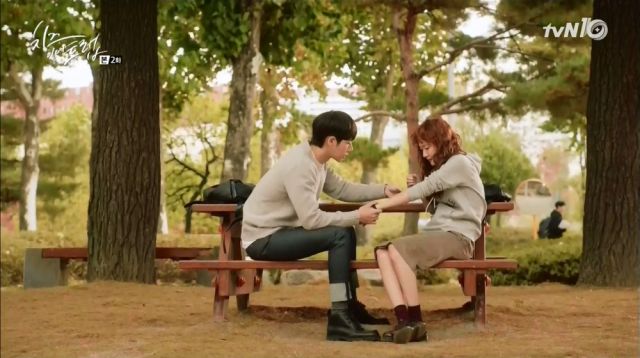 "Cheese in the Trap" has been a very eagerly expected show. Being based on a popular webtoon followed by devoted fans who clearly care deeply about the drama adaptation means that the series has a lot to prove. While mostly promoted as a standard romantic comedy with perhaps a slightly sinister twist, "Cheese in the Trap" has some interesting and quite surprising aspects to it at this point.

This is a romance piece, but at the same time functions as a slice-of-life show, with the characters' studies, work and different relationships all in the foreground. The main difference to typical shows of its type is that it reexamines a lot of what we take for granted or perceive as romantic in such works from a more realistic angle. In doing so, it subverts a lot of elements and gives audiences a different perspective. 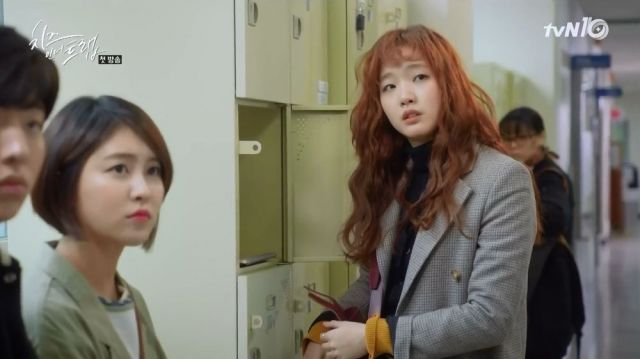 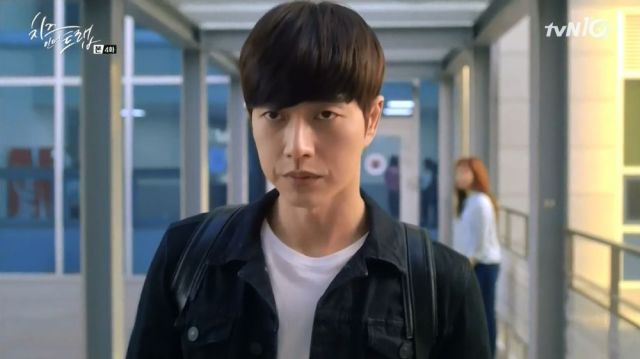 This perspective is also part of its unique charm and what makes the characters much more intriguing and real. Romance is not a fairy tale and people's complexes, behavioral problems and differences in character do not just disappear the moment a piggyback ride happens accompanied by a romantic song. The people in a romance are also not isolated from the world. We are not walking stereotypes of fiction, as our environment and other relationships shape us and our romances.

The drama's male lead, Yoo  Jeong (Park Hae-jin) is a good example of a "cold prince" type of character. The series plays around with his true nature and whether it holds a personality disorder and potential danger or not, which makes him a walking anti-prince. In many other rom-com pieces, his behavior would not only be normal, but romanticized. Hong Seol (Kim Go-eun) is also bubbly and pure, but this makes her immature in many ways which impact her ability to handle situations and relationships like an adult and which could seriously harm her in working life later on. Their characterization and development, along with fast pacing keep the drama engaging.

Jeong and Seol and very interesting and so is their relationship, but while presented as a slice-of-life piece, "Cheese in the Trap" has yet to really focus on the rich selection of characters it has. Most of the secondary roles and even the second leads are still very much walking stereotypes and very underdeveloped. This makes them appear as an afterthought in a show which lacks a clear goal and therefore needs a strong ensemble cast to fill it with its stories. 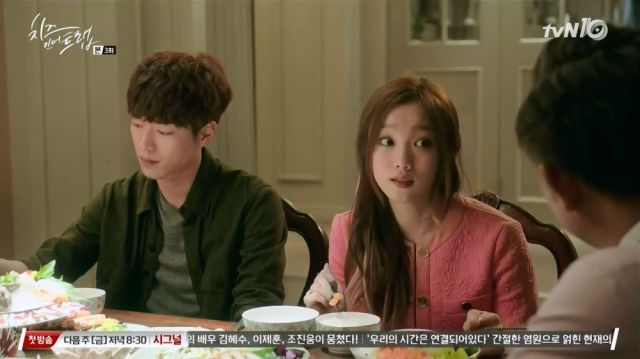 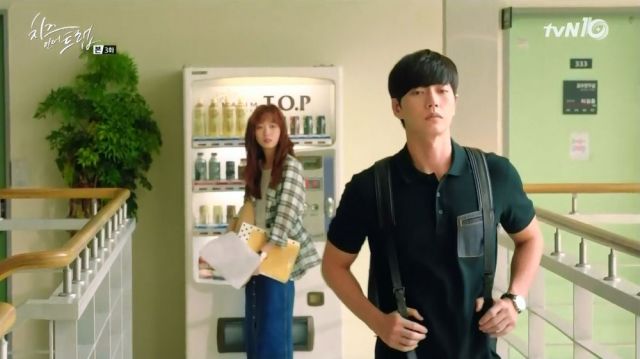 This lack of a clear goal is not bad when there are many subplots to focus on, but with most of this revolving around Jeong's character, his past with the second leads and Seol in his present, it can be an issue. The mystery is great and the romance is involving, but with them advancing so fast, there will need to be more to focus on or slowing down of the plot progression.

"Cheese in the Trap" is an odd piece of romantic comedy. It essentially shatters a lot of what is presented as romantic, positive and happy about them, but still manages to be romantic and comedic. Some fans of fairy tale romances might not appreciate this tearing down of comforting delusions, but with enough of such stories out there, this drama can hopefully remain different and do something new well.

"[HanCinema's Drama First Look] "Cheese in the Trap""
by HanCinema is licensed under a Creative Commons Attribution-Share Alike 3.0 Unported License.