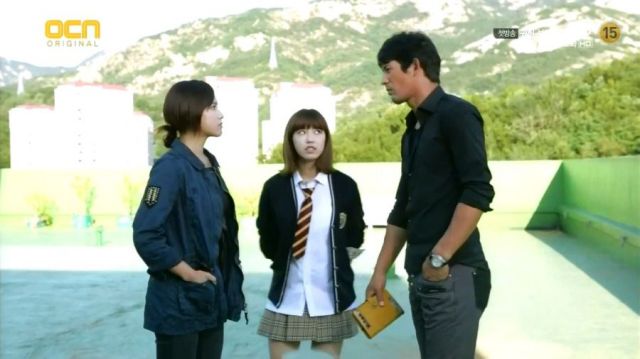 'Cheo Yong: The Paranormal Detective ' was by far a smooth production. Having been delayed and with news of its exact release date uncertain for quite some time, there were worries over the final result. With the series having started its run on February 9th and three episodes already out, viewers can now be the judge of whether or not the delay was worth it. The fact that this drama has some key differences to OCN's usual slick and stylish offerings is what will make or break the deal for viewers, depending on what it is they like about these types of series.

'Cheo Yong: The Paranormal Detective' opens with the titular character of Yoon Cheo-yong (Oh Ji-ho) being faced with what at the moment seems like an evil spirit or demon, which takes his then partner with him as they fall off a bridge. Fast-forward 7 years and Cheo-yong is working as a small time police officer trying to live a stress-free life. Unfortunately for him, he can see ghosts and they are less than willing to leave him be. After a Missing Person's case he stumbles upon is found to be related with a series of disappearances, his case crosses with that of Ha Seon-woo (Oh Ji-eun), a junior he seems to have a past with. When he meets Han Na-yeong (Jun Hyo-seong), the ghost of a student trapped in Seon-woo's police station, he is forced to use his ghost-seeing ability and gets dragged into the case, but also back into his own past and the main plot. 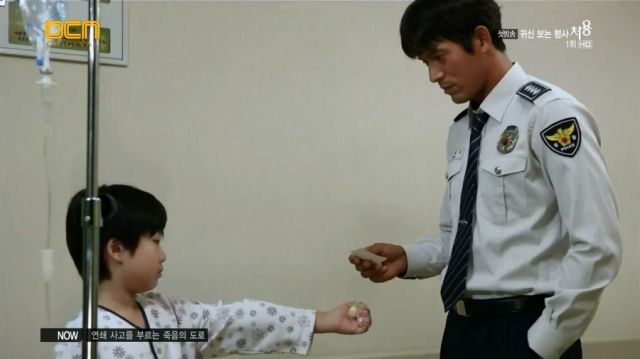 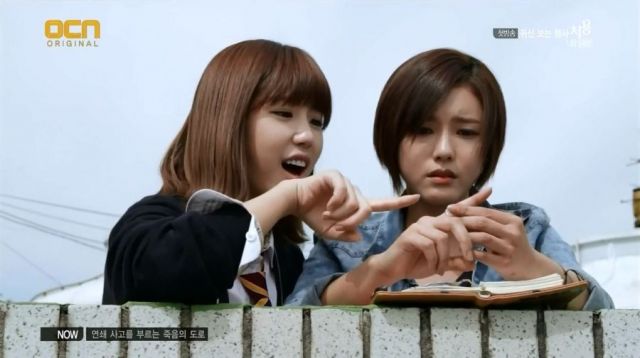 The main plot of 'Cheo Yong: The Paranormal Detective' follows the usual format of a big baddie the main lead is personally connected to. But in comparison to some of the other OCN works, this conflict is enhanced a bit by all three leads being connected to that plot and to each other. This is a good call, because rather than having another lonely brooding main character with clueless and mostly irrelevant drones around him, this feels more like an ensemble, or trio work and is therefore more engaging.

The characters are also more on the everyday folk side than other such series offer, meaning they are not constantly either trying hard to look cool or be comic reliefs and this is the case for all the secondary characters as well, making them feel a bit more natural and relatable. The three leads clearly have past traumas and those form their self-preserving facade, but all of them also seem like genuinely caring people and their sad past as well as that of the "guest ghosts" is being handled well so far, making the viewers want to know more.

The series' pilot episodes had only two major flaws to speak of. Oh Ji-ho's acting is surprisingly not one. He is still not skilled and seems to have a grand total of two expressions at times, but he also has that benevolent grunt vibe that, coupled with Cheo-yong's characterization as an all bark and no bite softie is making the character likable and acting forgivable enough for enjoyment. His more dramatic moments which are sure to come later on are still worrying, but he is watchable for now.

However, the first crime case was quite predictable and this might be the drama's undoing. Surprises and twists are important in the crime/mystery genre. So when there are clear signs to what is going on by the end of episode two from the very start of episode one, all the mystery is gone. The series will have to complicate the villain- and case-related twists. For one, they either have to cast more known guest stars or then not make the only known one the obvious villain. Plot-wise, they have to try misleading a bit, because they roll out the red carpet to viewers catching on. Most people who watch crime series or have enough experience with movies and television will know what is going on right away and that is not terribly exciting. 'Special Affairs Team TEN' is a good example to follow on tangling the web enough to keep viewers guessing and 'Cheo Yong: The Paranormal Detective' will hopefully step up its game there. 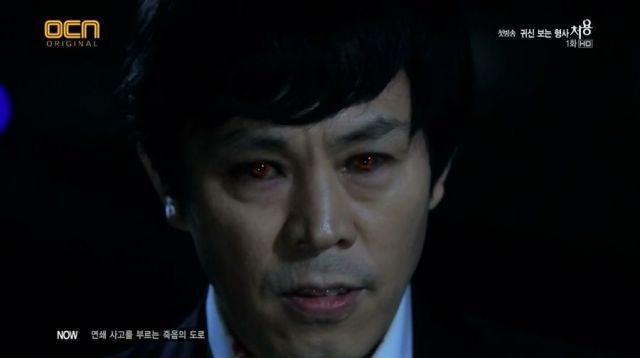 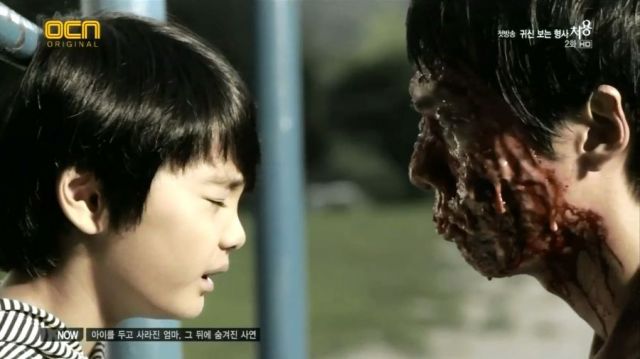 The other problem at the moment is the lack of an established and clear mythology. While Na-yeong is confined to the station if not possessing someone, other ghosts seem able to move around. The main villain is also unclear in nature and the possession rules have not been explained yet. While creators are free to make their own fantasy, that fantasy still needs its own rules with which it functions inside the world of the story. Those will hopefully be revealed slowly, because doing things willy-nilly just to cover up plot holes and solve writing problems will be obvious and cheapen the whole thing.

As far as production quality goes, this seems on the cheaper side of OCN works, but it is in keeping with the characters as well. No more fancy offices, killer cars and finely tailored suits and locations. This seems more realistic in its presentation and as mentioned earlier, it can be why some might prefer this to other series from the channel which, while enjoyable, are beginning to get tiring by trying too hard to be cool. Those who do like the stylish presentations, however, will find 'Cheo Yong: The Paranormal Detective' boring in that area.

If its few issues are slowly sorted and the individual cases become less predictable, 'Cheo Yong: The Paranormal Detective' has the makings of a great crime series and chance to become a worthy addition to the genre and OCN's lineup. So far, it is exciting and emotionally engaging and, despite its flaws, fun enough and good enough in what it is doing to keep one watching.