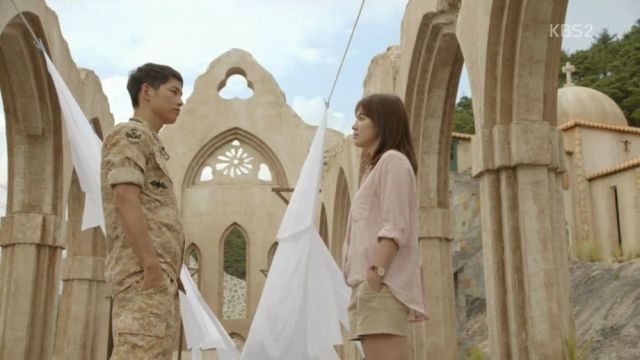 The long awaited, fully pre-produced "Descendants of the Sun" is here and boy, has it made an entrance. With domestic and foreign ratings, sales and buzz soaring high, the drama is undoubtedly a huge success. At the same time, it is really not a story with something for everyone and has its share of issues which range from tolerable to frustrating. For those who like the type, however, this is one fun ride.

"Descendants of the Sun" is pure romance. This is a show about pretty people falling in dramatic love in exotic locations. While the production's efforts with the action parts are commendable, this is not the work for those keen on this side of it. The war so far merely functions as a background, not a focus. On the other hand, the romances are in full swing and the eye candy plentiful. 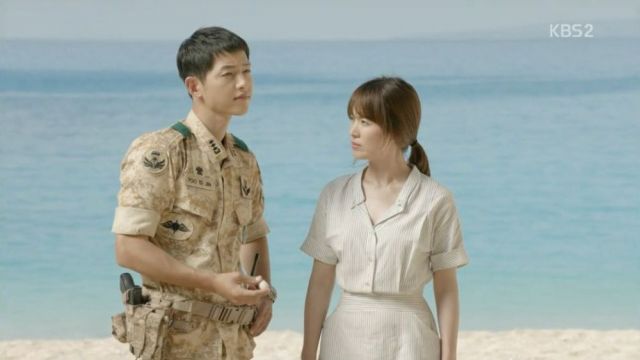 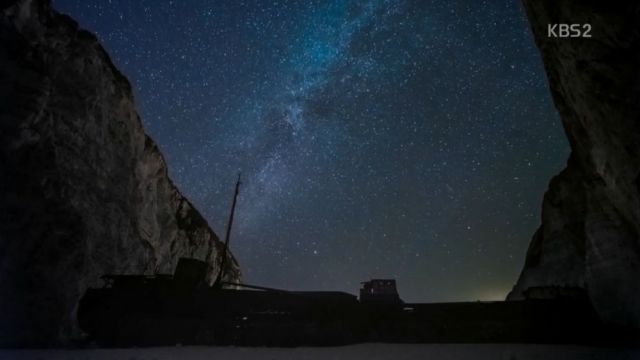 The series looks very good and the quality that pre-production brings to its presentation is visible in every scene. From well-choreographed fights to creative transitions to breath-taking shots of the beautiful filming locations, this is just a feast for the eyes. While the creative team has rushed a bit too much with its introduction of the characters and story, the writing is not terribly muddled, in the sense that all the upcoming conflicts and the main character relationships are set up nicely and clearly.

The characters are a bit too on the flawless side, it has to be said, but there are also some surprisingly nice qualities about them in the drama. The honest approach of its writing to romance is one of them. The two main leads meet, but there is no pretense of some grand connection aside from superficial attraction and respect. At least not on the page. The second pairing, while quite one-dimensional and overly dramatic is also just facing issues related to their work and obligations.

The problem in all of this is that in their rush to convince audiences, the creators seem too divided on how to present their work. Although the romance begins as a simple interest and the actors skillfully treat it as such, the constant use of slow motion and dramatic background music feels too forced and cheapens the characters' moments of connection by drowning them in unnecessary or even inappropriate drama. Conveying emotions takes cooperation between different creative agents, but the presentation here shows lack of trust in the actors' and writers' abilities. The same problem exists outside of the romance. The drama gets very boring when it turns into a constant pitch of its expensive production. 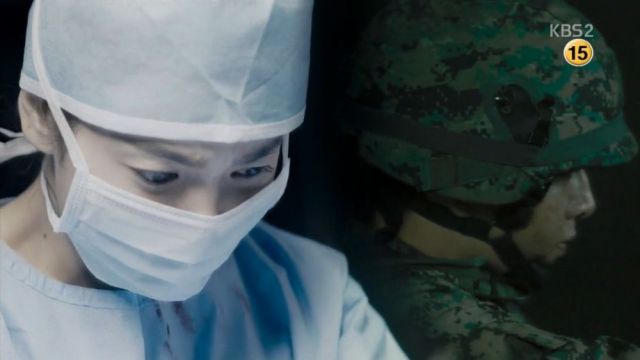 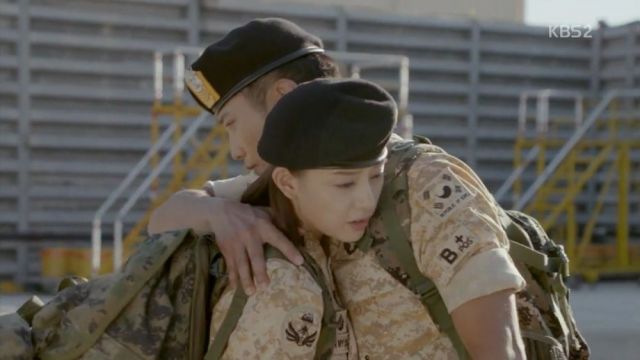 Most of the other issues here are not really detrimental to the overall enjoyment. Some of the foreign actors are pretty bad, secondary characters are mostly just exposition devices and Kim Ji-won's character could use some development aside from being cutesy, unprofessional and breaking down a lot, but this is just four episodes in and the second pairing's romance is clearly the one to be unraveled.

"Descendants of the Sun" is the kind of drama where overthinking takes away from its enjoyment. This is not a bad thing at all, as the series does what it has clearly set out to do well. This essentially functions as a summer work. It is a show for killing time, for aesthetic pleasure and easily digestible romantic thrills, all of which it delivers and so far quite nicely.

"Descendants of the Sun" is directed by Lee Eung-bok and Baek Sang-hoon, written by Kim Eun-sook and Kim Won-seok-II, and features Song Joong-ki, Song Hye-kyo, Jin Goo, and Kim Ji-won.

"[HanCinema's Drama First Look] "Descendants of the Sun""
by HanCinema is licensed under a Creative Commons Attribution-Share Alike 3.0 Unported License.