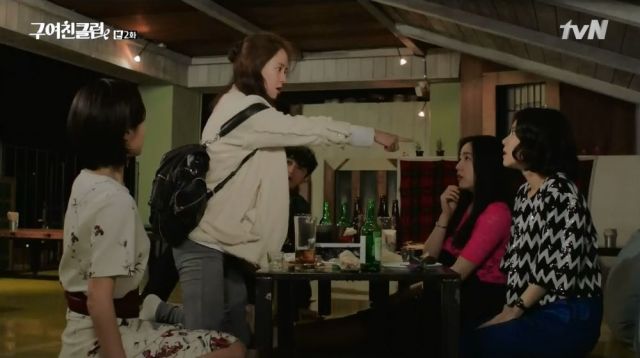 Love triangles, squares and other manner of romantic geometry are a staple of Korean drama. They have a set of tropes that go with them and they entertain people when done well. For a series which would under normal drama circumstances be a love pentagon, however, 'Ex-Girlfriends' Club' breaks the mold in the type of dynamics found between the characters. This is an interesting enough feature to speak of and will perhaps become the show's strength down the road.

This is not a typical situation where all the women are after one man. In fact, whatever reasons each woman has for their objections to having their romantic life turned into a movie, which is the goal of the two leads, there is not much romance to speak of between any pairing. So far, this is not a typical romantic comedy and the women are far from typical drama women. The same goes for the center of it all, Bang Myeong-soo (Byun Yo-han). 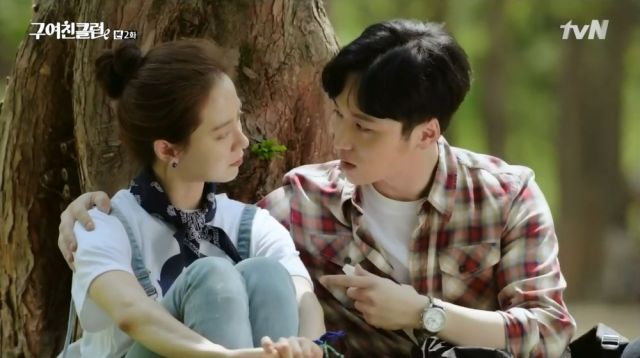 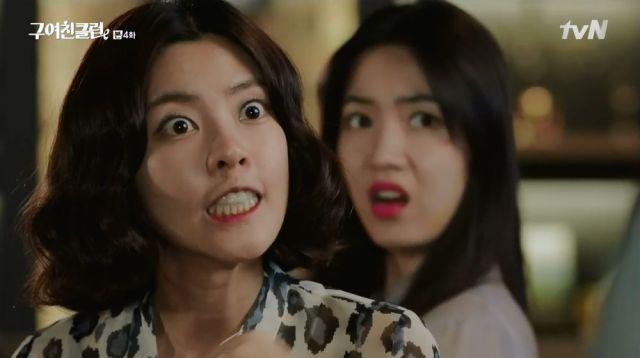 The entertaining and mysterious nature of these characters is also what currently keeps the show interesting, as not much happens yet story-wise. All the women carry their scars from their past relationships with Myeong-soo and they all have their issues with their own lives. Some still have lingering attachment, but their reasons for it are still not clear, even if their individual expressions of that attachment are. Myeong-soo himself is an interesting case of someone so nice he is harmful to the people around him.

The cast brings the already colorful characters to life and it is a pleasure to see their individual work. Lee Yoon-ji has perhaps the most straightforward character, but she delivers it delightfully. Hwa Young is a pure joy as the seductive and free-spirited Ra Ra and Jang Ji-eun's character is still a mystery, which makes her performance important, as she nails that subtlety and suspicious nature of her role. Byun Yo-han delivers very well too and while Myeong-soo is interesting in his own right as a male lead, he is not the main source of entertainment.

Which brings us to the problematic things about the series. For one, its main female lead. Song Ji-hyo is doing great work as Kim Soo-jin, but Soo-jin herself is the least interesting character here. She is the typical hardworking, easily deceived and down on her luck frumpy gal, complete with the virginal treatment of being the romantic one. She is also an observer to the mayhem, which is fun, but not a great permanent spot for a romantic lead. The series has not gone much deeper with the other characters either. 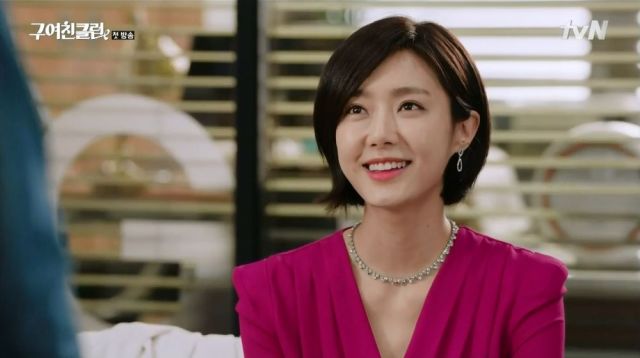 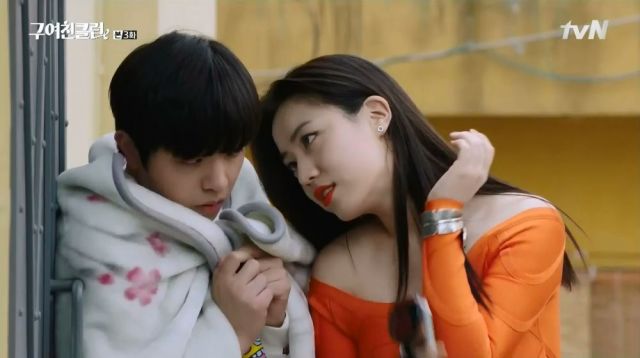 The story is also progressing slowly, with cat fights taking up too much time. When the plot itself does not move fast and seems to have no end goal but the making of a film and when the characters do not quickly move past their comedic function, one has to wonder if this series has something to develop and plans to. They will need to fill at least 16 episodes and even through new characters and conflicts have joined in, none are particularly engaging yet. This is just the introduction, but things need to develop soon.

'Ex-Girlfriends' Club' has the usual tvN treatment in terms of production value. Everything looks and sounds nice, there are no huge problems with the presentation yet and its topic is an interesting one. Its great cast elevates the material given and their individual performances as well as interactions are fun. At the same time, the story and characters have great potential. The creators just need to start exploring it soon.