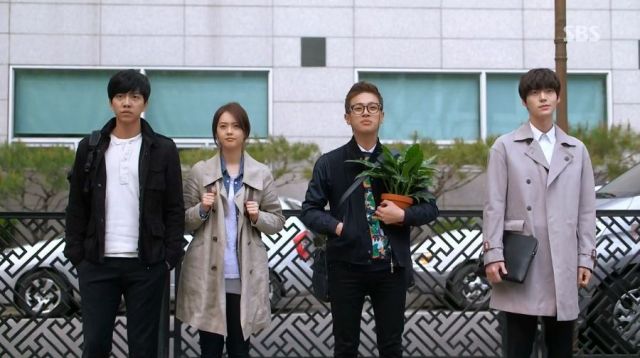 Drama seasons love their themes. We recently went through a suspense and thriller phase, with "Three Days", "God's Gift - 14 Days" and the still running 'Gabdong - The Serial Killer'. This time, growth stories and flawed leads seems to be in. 'A New Leaf', 'Triangle - Drama' and 'You're Surrounded' do not have much in common, but extremely flawed main characters and the concept of betterment are present in all three.

While originally presented as a purer comedy, 'You're Surrounded' brought in the melodramatic element in the very first episode, making it clear what we have here is a mixed genre. We have a revenge story, comedy and crime, but all of those seem to be built around the same core. That of a growth story. 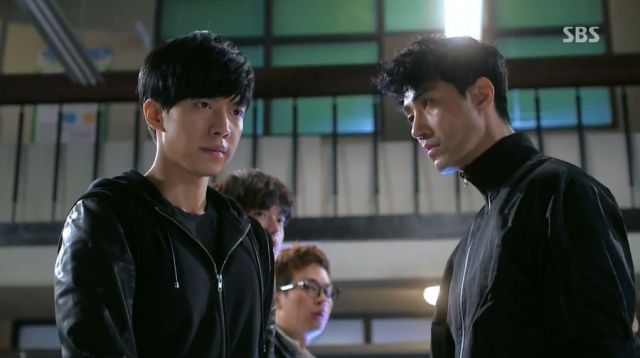 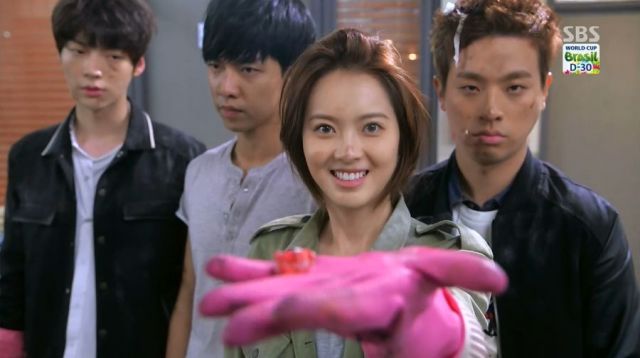 The characters exist on a fine line between comical and serious, dangerously idiotic and redeemable. They are very flawed. Not so much in terms of career choice or actual disorders, but flawed in terms of maturity, how they face work, responsibility and how they carry the weight of being a detective and generally an adult. Pretty simply, they do not. They start off as rookies who would normally not have been hired as detectives. Being part of an experiment of sorts to weed out corruption by not putting them through the system before they get the job, this makes them totally green and therefore very dangerous.

Both with the main plot and these characters' incompetence, the drama is so far balancing things between the funny and the serious. While their incompetence is used for comedy, it is also pointed out for how fatal it can be when involved in such a line of work. The drama looks like it will be going for a case-by-case character development, where the things they take on will help them grow as detectives and people, fix their flaws, push them to bond and also get closer to the truth about the big threat approaching.

But as criminally incompetent as the characters are, that being the very premise, they also have abilities that are good basis for becoming great one day. Each one appears to have a unique ability that helps them with the practical part of their work and while it has not been revealed for two of the four rookies yet, they will surely have their own. At this point, given how lacking they are in terms of work ethics and general skills, these abilities are just a hint for a promising future.

The main revenge plot itself is not too complicated or mystery-based. At this point, it just looks like a misunderstanding which will bring the group together against the common enemy in the future, but it does offer something to look forward to in terms of a main villain and central point of conflict. 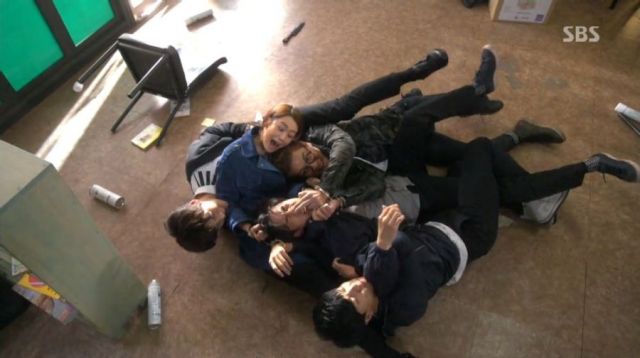 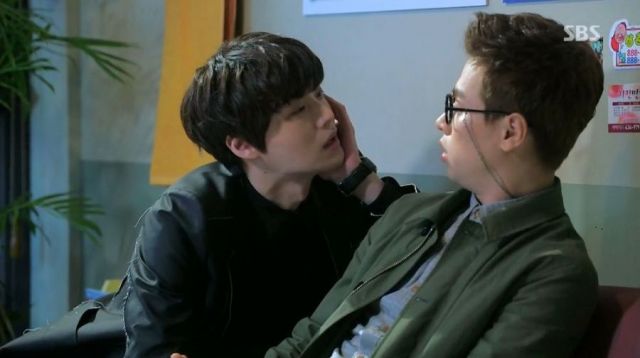 Being directed by Yoo In-sik and written by Lee Jeong-seon, the series has a nice presentation and both the comedy and more drama- and character-based developments hold enough emotional weight and sincerity to look promising, even if they are just introductions at this point. This is important in humanizing the otherwise cartoonish and often annoying characters and giving them an approachable and relatable existence.

The main problem of 'You're Surrounded' is the risk it takes by being a mix of genres and going for a combination of realistic emotions and conflicts in very unrealistic situations. Series have done that before, some of which involved this PD and writer as well, but given the popular cast and comedic approach combined with heavier topics, this can turn those who prefer either genre in its purer form away. That said, if the ratings help things along, this has great potential to be a fun, heartwarming and feel good work about personal and professional growth and going from a failure to a hero for a worthy cause.