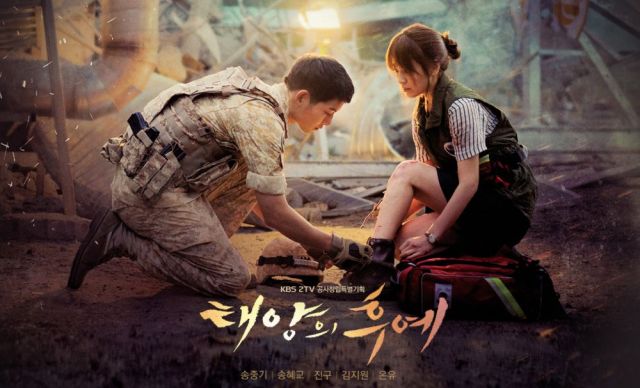 Hold on to your hats and other detachable wearables, because "Descendants of the Sun" is coming, almost a year after it first got viewers excited over its existence. The drama is a fully pre-produced work partially filmed in Greece and features a powerhouse hallyu-fueled cast and crew. Expectations are high and emotions even higher. Are you all ready for the big reveal?

Captain Yoo Si-jin (Song Joong-ki) of the UN peacekeeping troops and doctor Kang Mo-yeon (Song Hye-kyo) meet when they are dispatched to a war-stricken country. The series depicts the struggle of its characters and their romance developing under dire conditions. 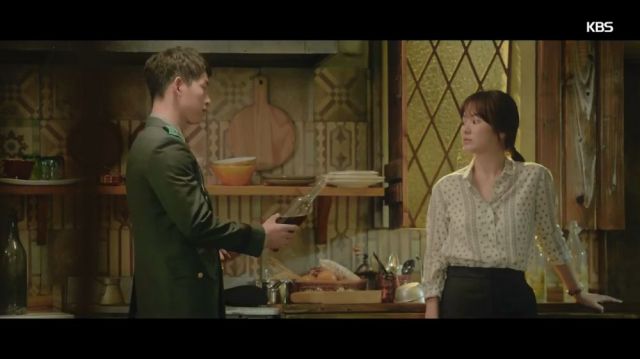 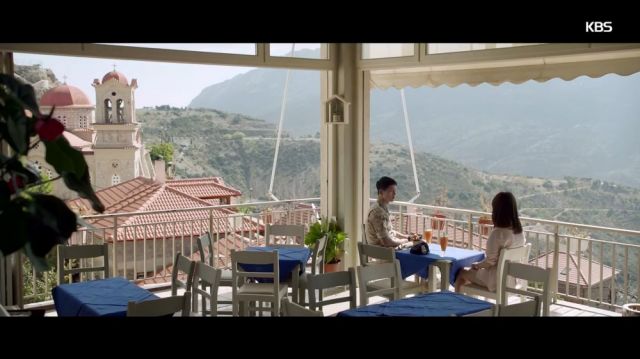 It is no secret that full pre-production has not done well for Korean drama in the past. Audiences are very used to having control and creators to providing it, but it is a whole other ball game when that influence is nearly eradicated. On the other hand, partially pre-produced shows are a rising cable format and many of those dramas do well commercially and in building a fan base.

Why make love and not war when you can combine both and get the most drama you can out of them? Combining genres and especially combining romance with others has been a tricky thing in Dramaland. Romance more often than not takes over while most intense situations are trivialized. If the series pulls the mix off well though, keep some tissues, some ice cream and a fluffy pet nearby. You will likely need all of them. 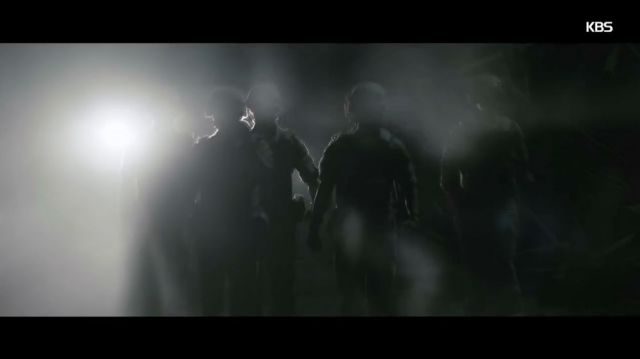 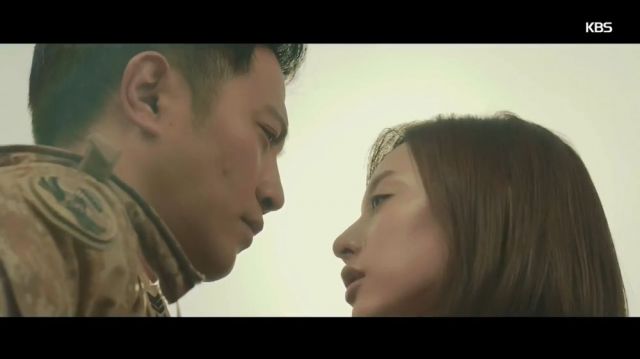 Writer Kim Eun-sook might not be everyone's favorite (confession: Yours truly included), but you know pre-production is tempting when even someone who had previously said they would never do it gives it a go. Pre-production offers the time and focus necessary to do creative work, which cannot and should not be churned out under pressure. If the creators used that time well, we are in for quite a ride.

Hallyu-fame is good, but not every commercially successful star can handle demanding roles. Song Hye-kyo, Kim Ji-won, Song Joong-ki and Jin Goo are all actors who have dealt with different types of roles and, along with many from the supporting cast, are skilled in what they do. Dramas after popularity often forget talent is a big deal, so it is most reassuring to see this is not the case here.

It is difficult not to get excited about such a big project and one important to the Korean drama industry and its future approach to a much needed change in the production format. It is also even more nerve-racking. Still, "Descendants of the Sun" promises romance, action and even some nice eye-candy (the human and location kind), so assuming it delivers that, we are golden.

"Descendants of the Sun" begins its run on February 24th and will air every Wednesday and Thursday at 10 p.m., on KBS2. 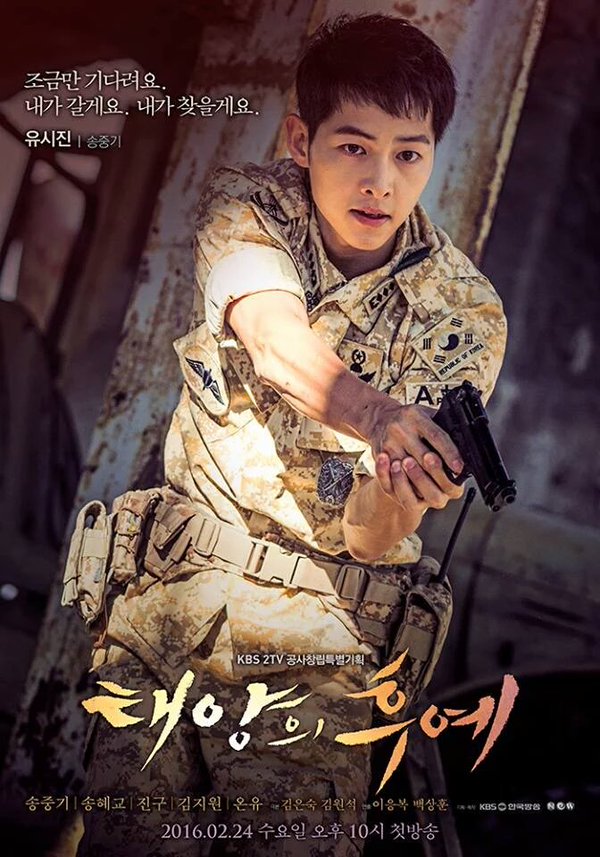 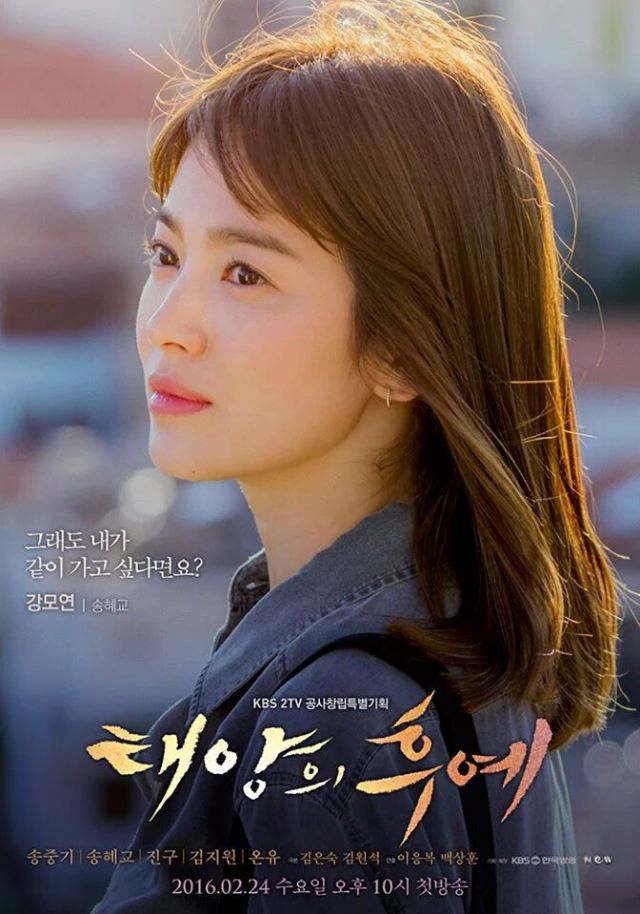 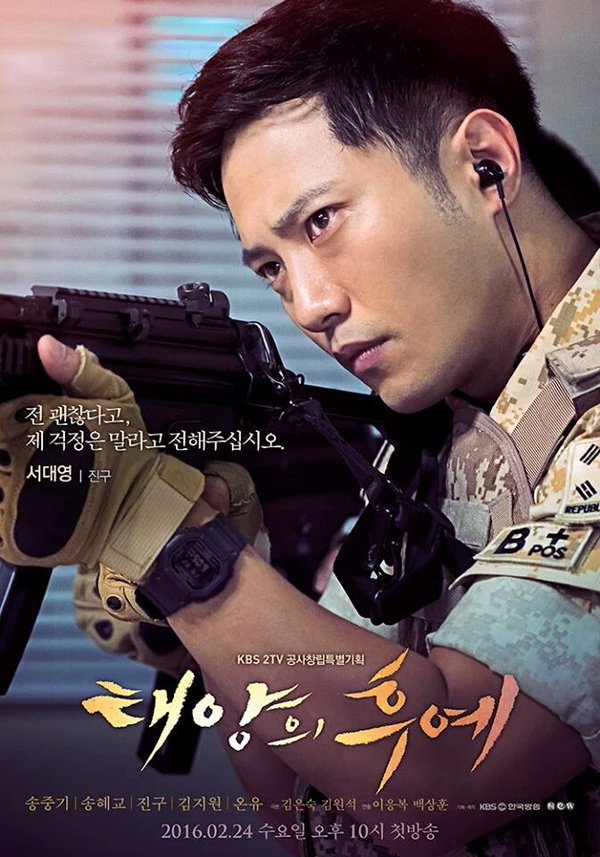 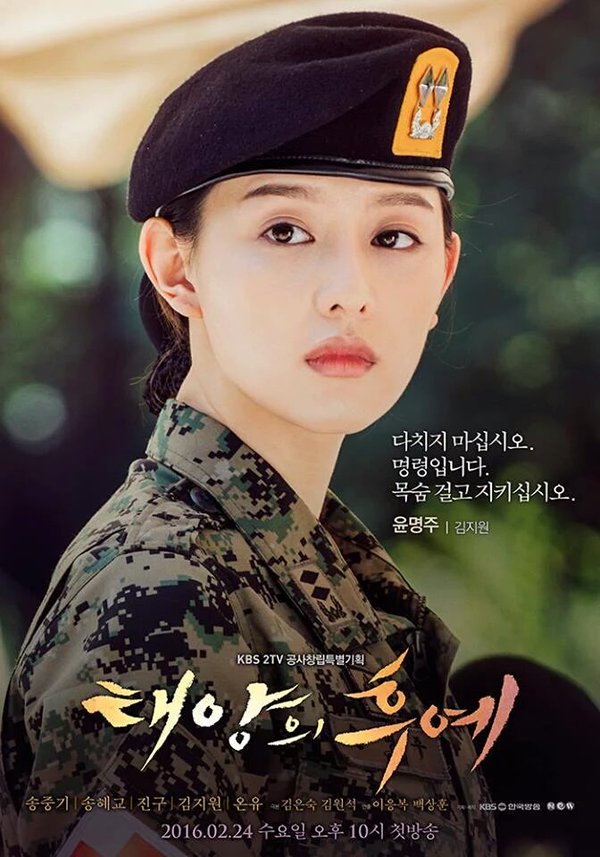 "[HanCinema's Drama Preview] "Descendants of the Sun""
by HanCinema is licensed under a Creative Commons Attribution-Share Alike 3.0 Unported License.