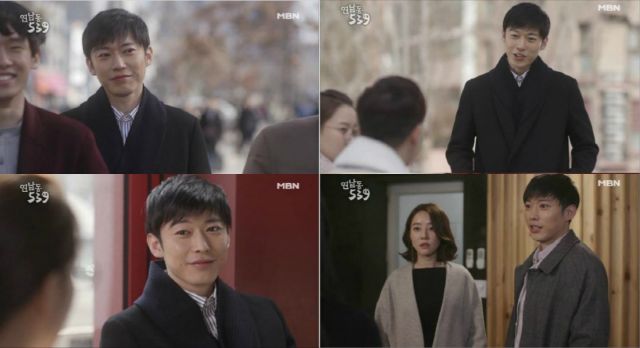 Soo-ri is back again, providing us with more reminders of why I-na doesn't especially like her mother. Overall the portrayal is a bit more nuanced this time. Soo-ri starts out with a fairly serious problem and petitions Bong-tae for help. While Soo-ri naturally has an ulterior motive in mind, and the original motive isn't quite what it looks like, fundamentally, her situation remains sympathetic. So for all I-na's frustrations when it comes to her mother, we can see how a lot of this is tied up in just bog standard worry.

Elsewhere, Ryan and Do-hee continue to busk. I like the odd mental picture they always create. Normally if you see a man and a woman busking together, you assume they're a couple. But the acrimonious way that Ryan and Do-hee fight over the most petty technicalities prevents that kind of impression from forming. The duet is pretty good, though, and really, if you want to hire buskers, you do it for their singing ability, not their working relationship.

Of course, Ryan and Do-hee are almost certainly headed toward a romantic relationship, just like all the other couples in the share house. What about Jordan, you may be thinking? Well uh...the ending to this episode has a pretty weird twist when it comes to Jordan. As much as I dislike the roteness of throwing couples together just because, I am reasonably curious whether the production team is actually going to try to transition from situation drama to regular drama.

Strictly speaking the latter storyline with Do-hee is already a regular drama. She intentionally gives a non-standard answer to the classic "McCartney/Lennon" question, not to be unique, but solely to gauge the reaction of the person who asked it. I also like the montage that basically just consists of Do-hee being bored. I was pretty suspect about those people when they did not talk about money or contracts, when Do-hee made it very clear those were the conditions under which she was willing to consider a professional music career.

The third plotline barely even qualifies as a plotline at all, there's so little of it. We just see Soo-ri and Tae-yeong overestimate the extent to which Ryan cares about whether or not they have a romantic relationship. It's a decent enough gag in the moment but eh, there's not much staying power. Maybe that's why the cliffhanger is hinting at something more amibitious for the final stretch.