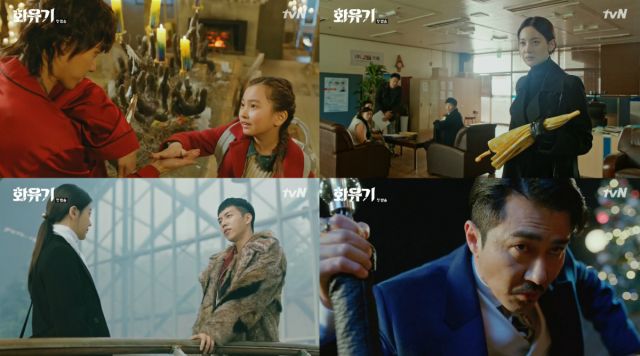 It has been a while since the Hong sisters were in any way exciting and while "A Korean Odyssey" (also known as "Hwayugi") is not exactly wowing with its first episode, the drama presents the workings of what could be a really fun story. We have a case of every man and beastie for themselves, as we meet a lot of characters, none of them anything but self-serving and with some pretty hefty behavioral and personality issues. I pity our heroine already.

One thing I am glad to see here is that trademark wackiness of the Hong sister dramas. Everyone is overacting in some form, but they are often enjoyable. We have all manner of demons and monsters in different forms, so the drama does not feel like a complete copy of "Master's Sun" when it comes to its supernatural manifestations, although the scarier ones do have a hint of nostalgia about them. 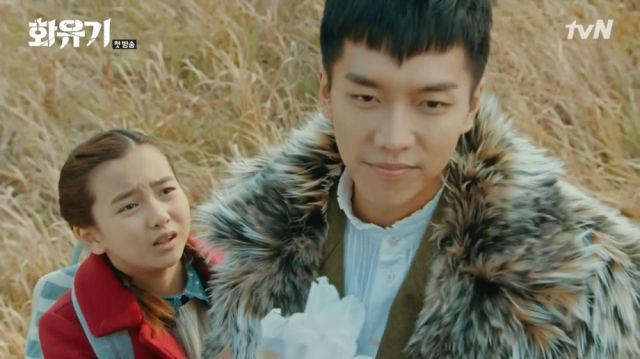 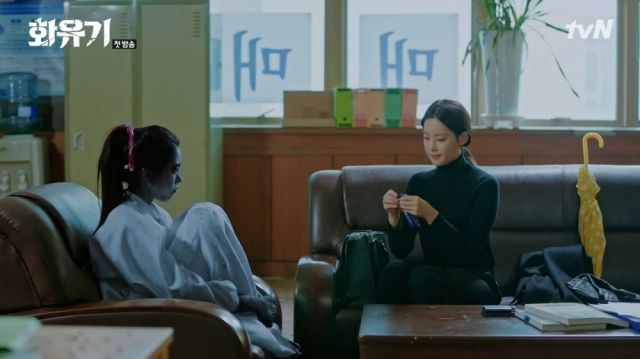 What I particularly love about the series so far is how things we may be used to in a different context are amusingly made very "extra" here as a form of meta commentary, something the writers are good at. The celebrities working for the Bull Demon King (Cha Seung-won) literally suck their fans dry, our deities all wear the extravagant clothing we like making fun of in dramas, but they do so because they are not human. They are petty, overly self-indulgent or simply trying to get by.

There is a lot of character and backstory information dropped on us here and perhaps my big complaint with the series opening is that this happens through overly visible exposition. It just feels silly having characters openly state their predicaments and identities to themselves or one another, as if the other party did not already know. It is done for the sake of viewers, but the trick is to make it look like it is not and "A Korean Odyssey" does not even try. 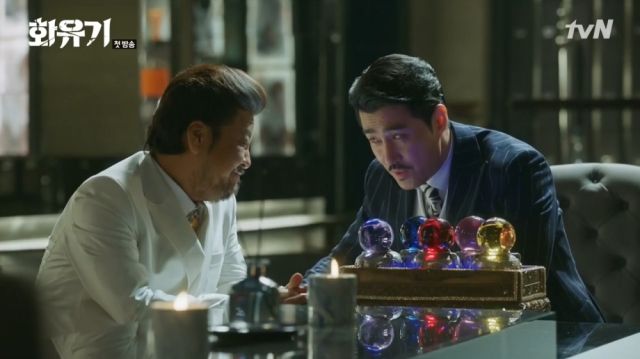 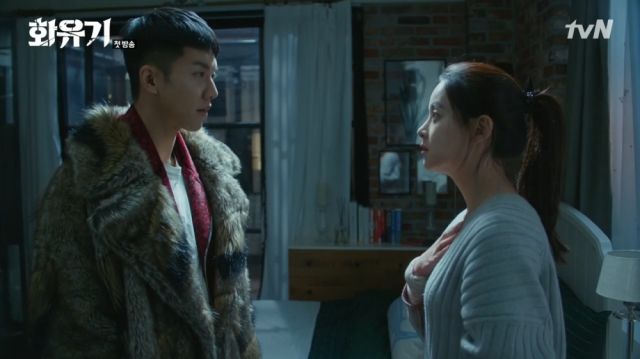 All in all, however, this is an okay episode. I usually cringe with damsels waiting for princes to save them, but the premise of Oh-gong (Lee Seung-gi) and Seon-mi's (Oh Yeon-seo) relationship does not belittle her own character, because it makes perfect sense for a child to be traumatized and left wanting when her only hope it taken away from her. Oh-gong just has a lot of work to do for redemption.

I am also interested in the true nature of our deities. We know the Bull Demon King, or Hwi-cheol gets very affected by Seon-mi's blood due to her being Sam Jang reborn and his character has admitted to being a demon punished in exile. I am also curious why the fire on that mountain affected him so. Why is Oh-gong fine with the smell of the blood? Others too. I have questions and that is a good thing, especially given how uneventful the episode is.