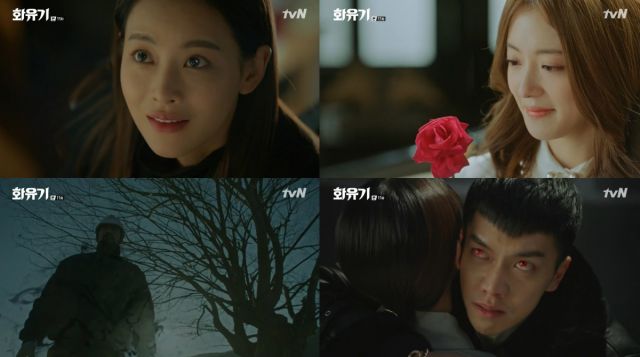 It may have taken "A Korean Odyssey" half a series to get the ball rolling on the doomsday part of the story, but episode eleven gives said ball a good kick. Death is never far away in the life of Sam Jang and our familiar monsters, be it death for show, death among lovers or a very old death about to resurface. If it were not clear enough from the moment we first saw him, Kang  Dae-seong's nature brings him closer to the supernatural and to bringing about the end of the world.

My frequent stab at the romance in "A Korean Odyssey" (also known as "Hwayugi") may seem like the complaints of some serial anti-romanticist, but episode eleven demonstrates the reasons why I have come to be wary of over-reliance on one core element in any work involving many. The drama has had its romantic leads running in circles around each other for so long, that the progress of the world building and the doomsday scenario in this episode feels like one huge information dump. 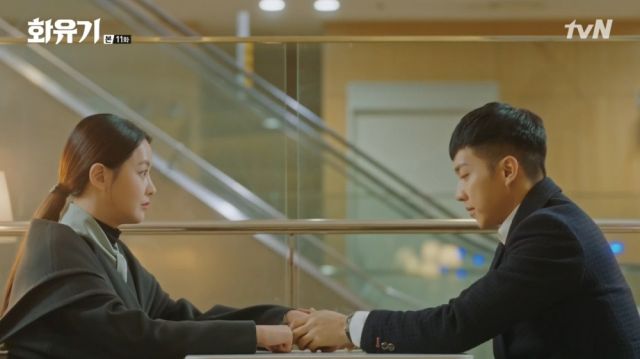 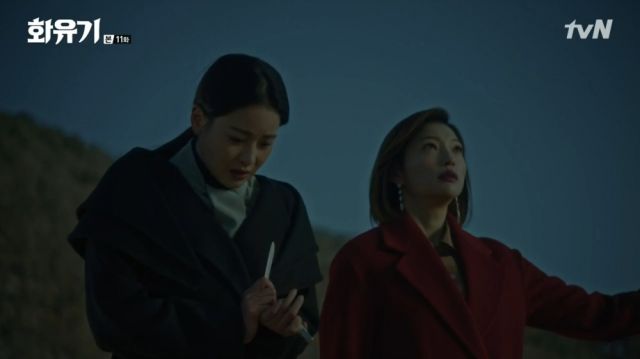 While I would have preferred simultaneous focus on the romantic and the adventure side of the story, I do love how this episode develops both more than they have been developed in a good while. On the romantic side, we have the ever looming threat of the Geumganggo, which very clearly involves more than emotional pain. In a way, it is a wake up call about the series itself. We and the OTP may enjoy the romance, but said romance relies on a slave and master relationship built for a bigger cause.

I still do not think the couple will die, since I believe people are still quite mad about the one time these writers went there, but the implications are enough to warrant some doubts. After all, even if death will not be the ultimate tragedy, we care about these characters enough to not wish great suffering upon them. I do find it refreshing how the episode tackles the topic from the viewpoint of these demons, however. Beings who do not belong in our world and whose lives are governed by different rules do not think much of it. 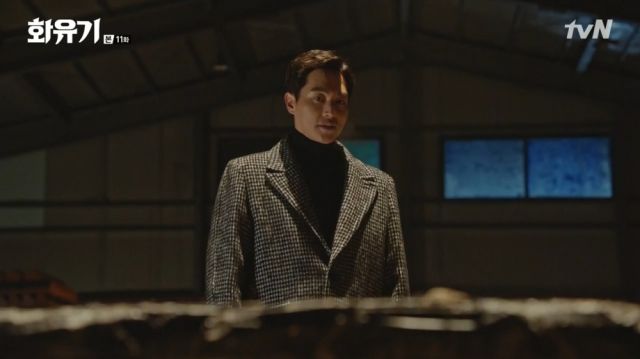 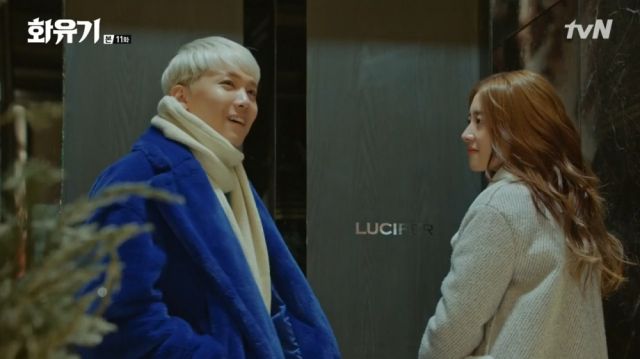 Death is not final in this series, after all. It is sadly not final for our stone-clad friend, who is clearly a very powerful, very evil being. Aside from bringing the alarming implication that many of the creatures banished by our protagonists may not have been evil, the tree spirit essentially acts as an introduction to the drama's Big Bad. Sam Jang destroyed them, the tree spirit became their seal. Kang  Dae-seong (Song Jong-ho) found them and he will therefore become a slave or a vessel for their terror.

What really gets me, however, is that it was Jin Seon-mi (Oh Yeon-seo) who breaks the seal, rather than our human villain himself. For someone supposedly blessed as the warrior against evil, she is causing quite a few of the calamities that brought about its re-entry to this world. Perhaps it must be freed in order for a new seal and a new guardian to be created once in a while. Would that guardian be among our group, and will their mission mean an early demise? Perhaps this is where Boo-ja (Lee Se-young) comes into play.