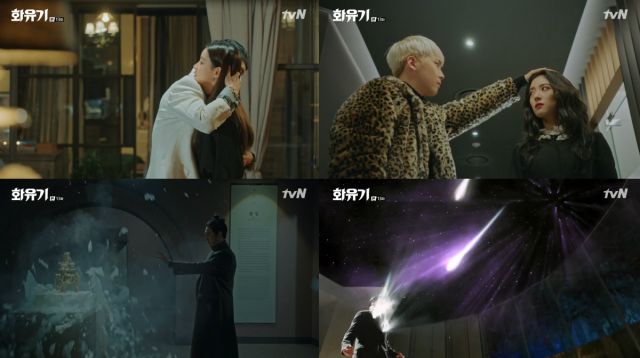 Ah Sa-nyeo acts like a child in a candy store in episode thirteen of "A Korean Odyssey", and with good reason. With most of the group unaware of or underestimating her powers, the priestess gets to roam free and take advantage of everyone's already weak morality and personal wants. The one most in danger is Ma-wang, who thinks that she can help him without him or Seon-mi suffering major loses. If only things worked out as nicely with evil spirits.

Sam Jang's strength is finally revealed, but I am left wanting. The series has been taking its time with our heroine's powers, but I wonder just how much of what she is supposedly able to do we will get to see. So far, it feels as if things happen through her, rather than by her, which is understandable to a degree. She is a human who did not choose and therefore has not honed her abilities. Yet it feels like Seon-mi (Oh Yeon-seo) is following orders at this point. I want more agency from her once more. 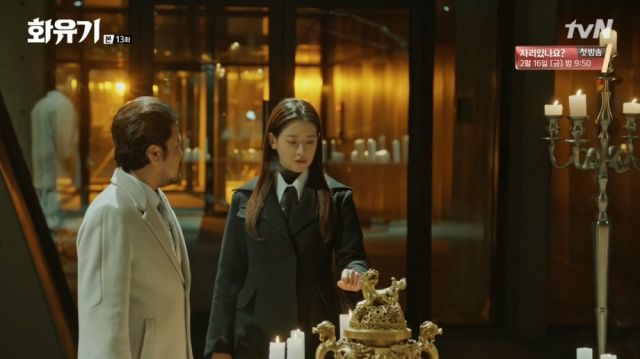 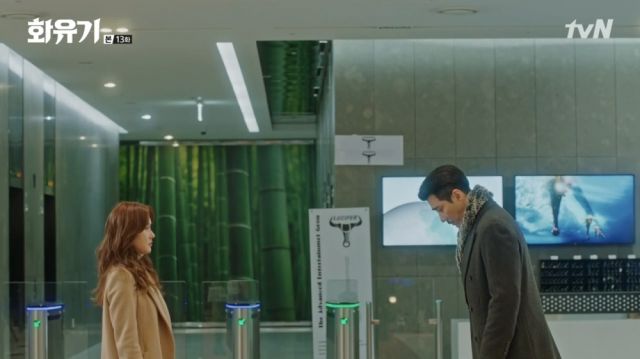 My big question, however, is why did the Heaven's not show her full powers before? Are they trying to ease her into things? They also seem to get angry about events they are supposed to know are coming, so I am beginning to question their godly abilities. Perhaps they are less all-knowing beings and more overworked editors trying to make sense of a story a higher being writes, before translating it into the world. I would argue they mirror the Hong sisters' writing, but at least the basic progression points of the drama are going smoothly.

Ma-wang's (Cha Seung-won) story comes to an end sooner than I anticipated, which makes me wonder where we will go from here. Ah Sa-nyeo (Lee Se-young) will obviously not give up, and Kang  Dae-seong (Song Jong-ho) will probably offer his body or even tame her to become the main villain, but where does this leave the rest of these folks? Will they now band together to stop destruction? Will Na Chal-nyeo (Kim Ji-soo) play a part? We have too many characters who simply exist here. 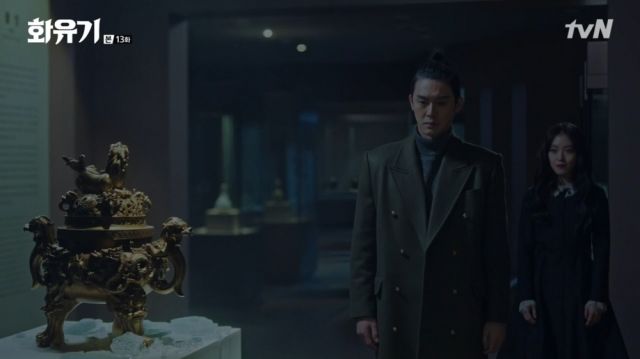 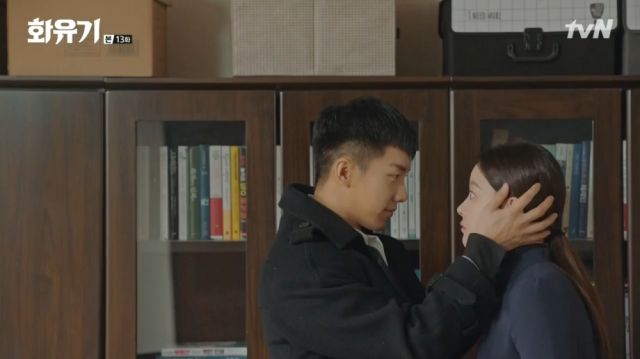 We do get some progress with General Winter (Sung Hyuk), however, which is great to see. I wish we had seen his backstory and had the chance to experience him with that in mind, but an exposition dump is better than nothing. His involvement will certainly cause a stir, and I am curious as to the reaction of his sister. This episode reveals why proper character building is so important. I would have felt much more invested in these two and Winter's decision had I known them better.

I am not surprised by the focus on the romantic element and its obstacles. This is Dramaland and these are the Hong sisters. It just feels like a waste seeing the romantic element go in circles while everything else could have developed well during that time. Both major elements would be better off that way. I suppose knowing that "A Korean Odyssey" (also known as "Hwayugi") is over its half-way mark does give me some hope. They cannot possibly ignore doomsday itself in order to accommodate wedding ring browsing. Or can they?